New Environment Minister Shinjiro Koizumi, a rising political star in Japan, said Wednesday he will encourage increased innovation in the country in the fight against human-driven climate change.

"Countermeasures against global warming can't work without innovation," the 38-year-old said at a press conference after assuming his first ministerial post in a Cabinet reshuffle. "By dealing with environmental problems, I believe innovations will occur one after another, which will create business opportunities."

To create such a positive cycle, Koizumi called for attracting increased investment to Japan. "I'll fulfill my duty as if I'm not only the environment minister but also the minister in charge of social reforms," he said. 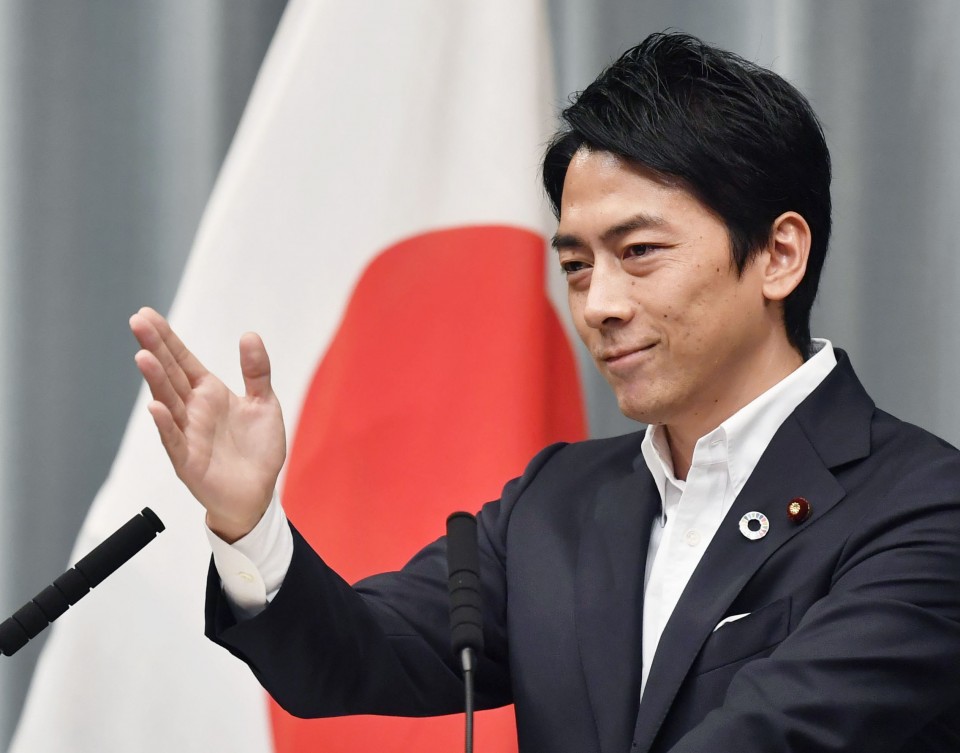 Koizumi, the second son of former Prime Minister Junichiro Koizumi, has been touted as a potential future prime minister and has recently drawn the spotlight for his surprise marriage to TV personality Christel Takigawa.

On Japan's nuclear power plants, many of which remain offline due to strict safety guidelines introduced after the Fukushima nuclear disaster in March 2011, the new minister said, "I would like to study how we will scrap them, not how to retain them."

"We will be doomed if we let nuclear accidents recur," he said. Koizumi's father Junichiro has changed his stance to oppose nuclear power generation in the country since resigning from politics.

"That's an area in which Japan can make contributions," Koizumi said.

In a meeting in June in Osaka, leaders of the Group of 20 economies affirmed they aim to end the discharge of plastic waste into oceans by 2050.

"I'll try to share information with overseas countries while making it a national movement domestically," he said, in reference to promotion of plastic waste issues. 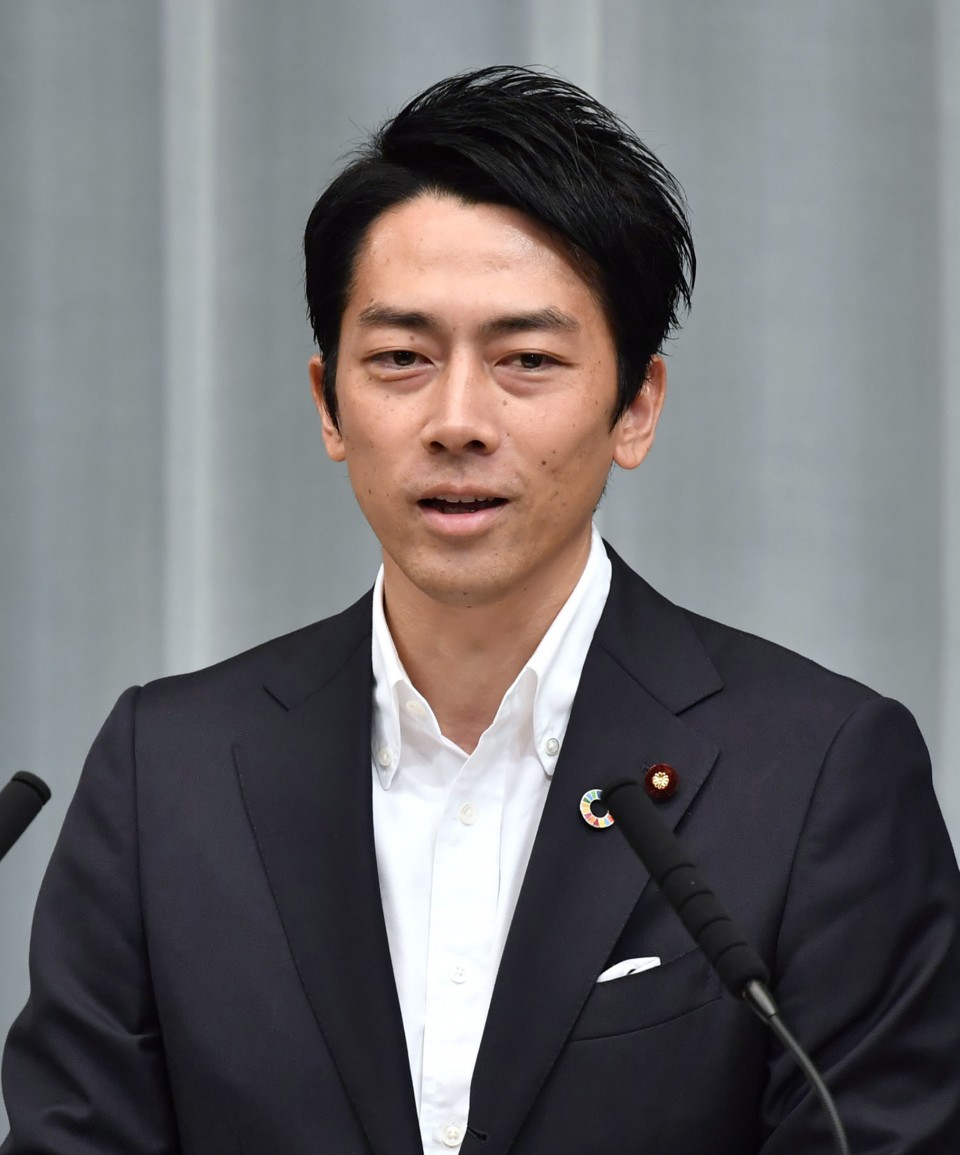 After announcing his marriage in August, Koizumi had said he would consider taking paternity leave.

At the press conference, Koizumi said, "I haven't said whether I would take leave or not."

Speaking to reporters earlier in the day, Koizumi also said, "Japan is rigid and outdated because society is caught up with fussing over pros and cons simply because I said I would consider (taking paternity leave)."

In Japan, it is still rare for men to take childrearing leave, although the government is pushing for gender equality and the empowerment of women. 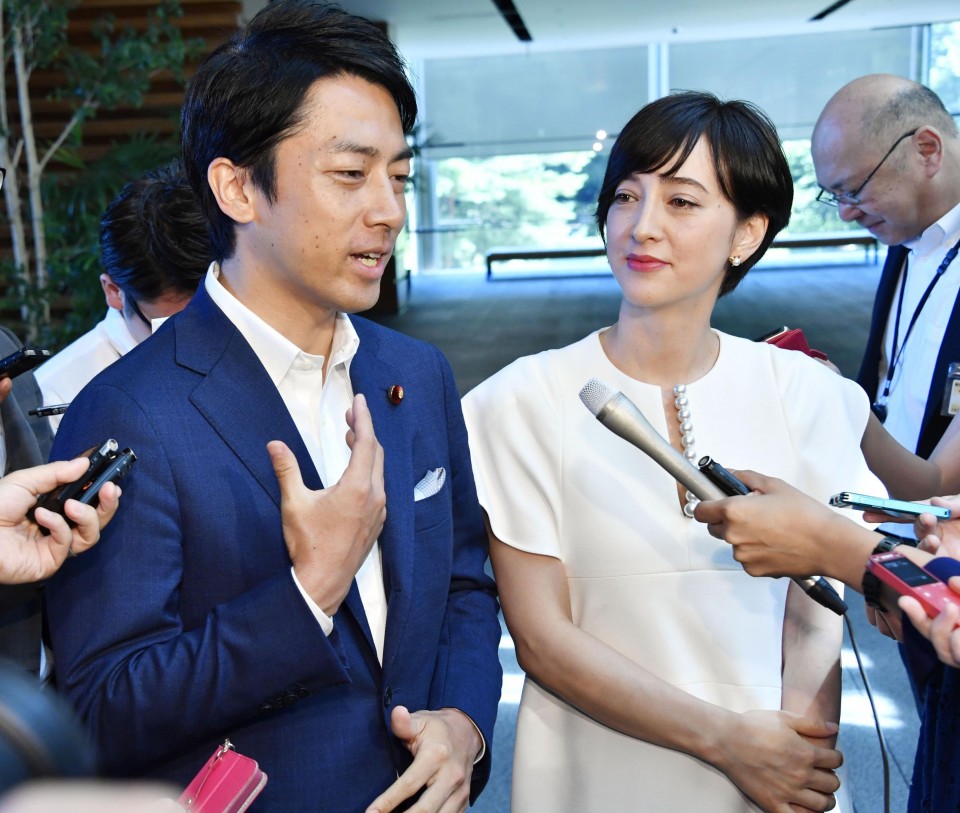