Japan won its first group world championship in rhythmic gymnastics on Sunday, capturing the group 5 balls competition along with a silver in 3 hoops and 2 clubs.

Japan's entry in the group competition, "Fairy Japan", won the nation's first silver medal in 44 years in the group overall competition at the worlds in Azerbaijan's capital on Saturday.

Fairy Japan came close to winning another gold in the 3 hoops and 2 pairs of clubs final, scoring 29.400 points, 0.050 behind Russia. Italy was third. 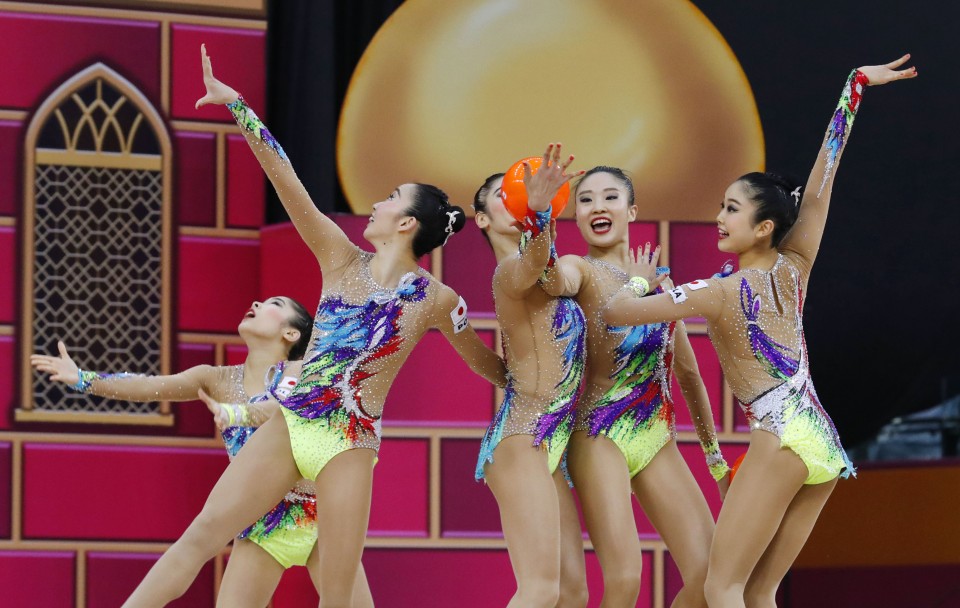