About 73,000 households were still without power in Chiba Prefecture on Monday, a week after Typhoon Faxai caused widespread blackouts across the region near Tokyo.

Tokyo Electric Power Company Holdings Inc. has said electricity could be restored to affected areas in the prefecture by Sept. 27, saying the outage has been prolonged as the damage from the storm was worse than expected.

About 935,000 households in Chiba and six other prefectures were without power at its peak and the typhoon damaged more than 2,800 homes in the prefecture.

On Monday, heavy rain fell in the southern part of the Boso Peninsula in Chiba as some local residents were trying to repair their homes. 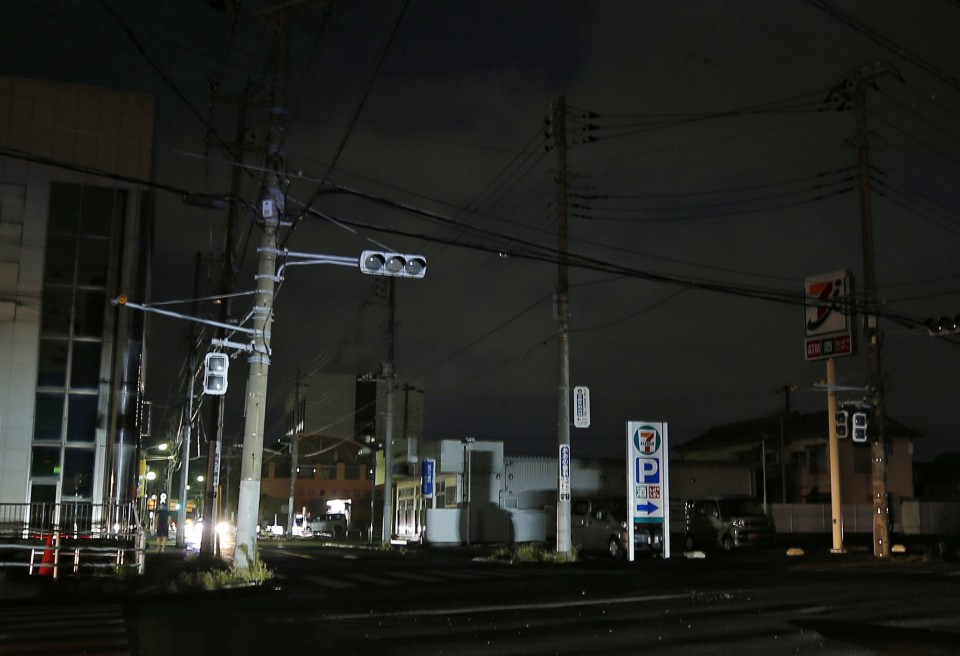 The cities of Tateyama and Minamiboso issued evacuation advisories to residents, though the advisories were lifted later in the day.

Ryota Takeda, minister for disaster management, inspected some affected areas and said the government is considering designating the typhoon as an extremely severe natural disaster that requires financial support for reconstruction.

TEPCO and rescue workers warned of the danger of fires caused by short circuits or other issues in areas where power was restored.

In the city of Chiba, a man in his 80s was injured Sunday afternoon while escaping from his two-story wooden home that had caught fire a few hours after he turned the power back on, local firefighters said. The man had returned from a relative's house because his home was in an area suffering a power outage.

Faxai made landfall near the city of Chiba on Sept. 9, becoming one of the strongest recorded typhoons to hit the Kanto region of eastern Japan. 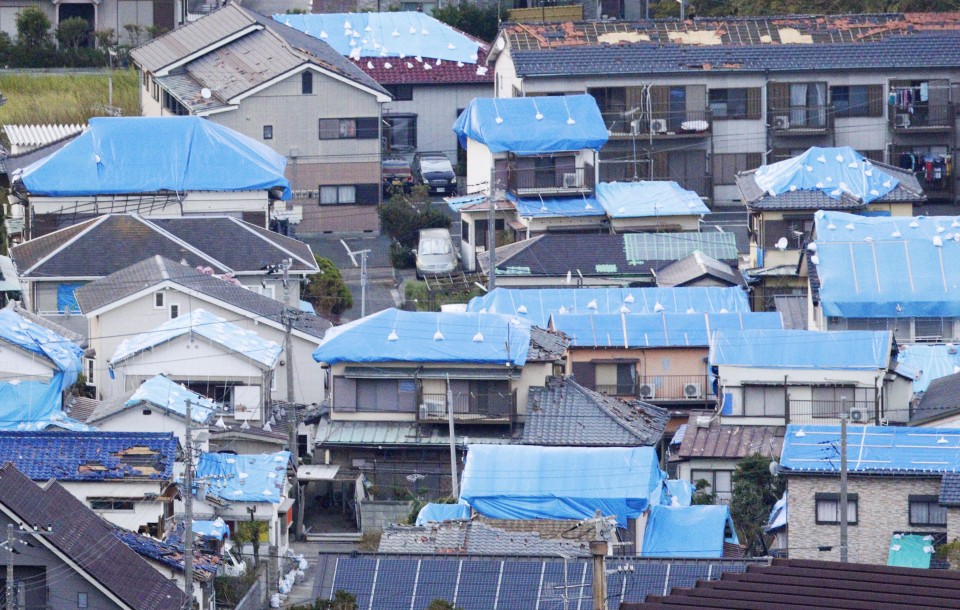 (Photo taken from a Kyodo News helicopter shows houses with damaged roofs covered with waterproof sheeting in the town of Kyonan in Chiba Prefecture, eastern Japan, on Sept. 15, 2019.)