Japanese Prime Minister Shinzo Abe said Tuesday he will reshuffle his Cabinet and executives in his ruling Liberal Democratic Party on Sept. 11, in the first revamp since October 2018.

Despite there being a major lineup change expected, heavyweights who have supported Abe since his return to power in 2012, in particular Chief Cabinet Secretary Yoshihide Suga and Deputy Prime Minister and Finance Minister Taro Aso, are expected to keep their portfolios.

Some within the administration expect Abe to reward economic revitalization minister Toshimitsu Motegi for his work as the country's top negotiator in bilateral trade talks with the United States, possibly by installing him in a key post such as foreign minister. 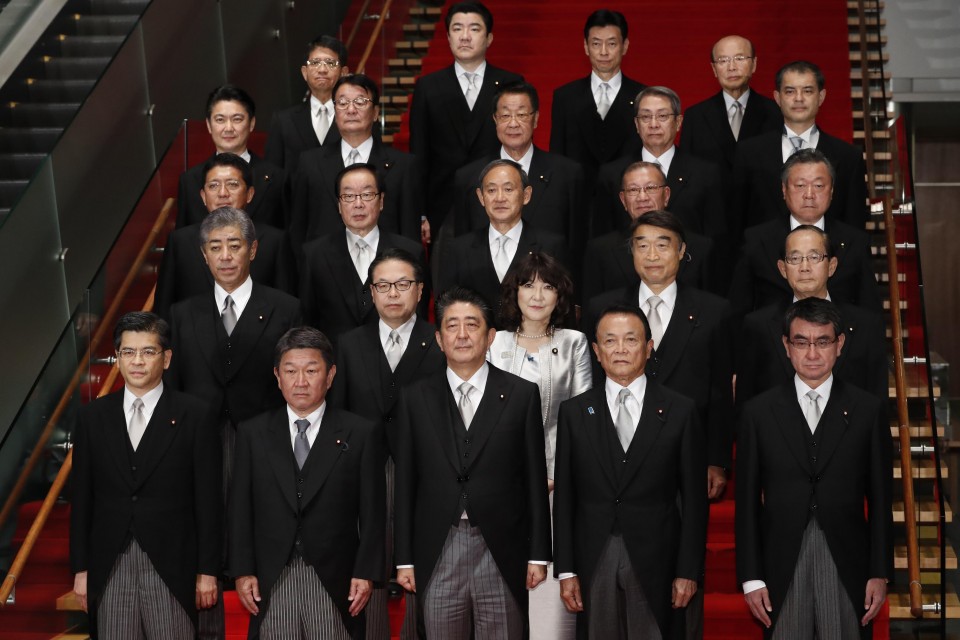 The reshuffle was initially expected for Sept. 10, but Abe apparently took into account his busy diplomatic schedule when deciding on the date.

The Japanese leader has a visit to Russia planned later this week for an economic forum and summit with Russian President Vladimir Putin.

The prime minister announced his decision at a meeting of LDP executives, according to a participant.

Abe has said he will build a team that can both ensure political stability and take on new challenges.

57% oppose sending SDF to Middle East amid tensions with Iran