He conveyed his intentions to Japanese Prime Minister Shinzo Abe during their meeting on the sidelines of the U.N. General Assembly in New York after two international organizations announced last year that the products are adequately managed, the ministry said.

A joint team of the International Atomic Energy Association and the U.N. Food and Agriculture Organization said in June last year that inspections for radioactive substances and distribution management of food from Japan were adequate, according to the ministry.

Bach told Abe he would inform the participating countries of the 2020 games of this view, the ministry said.

This comes after South Korea announced last month that it would double the number of samples and frequency of inspections for radioactive substances on some processed foods and agricultural products from Japan. 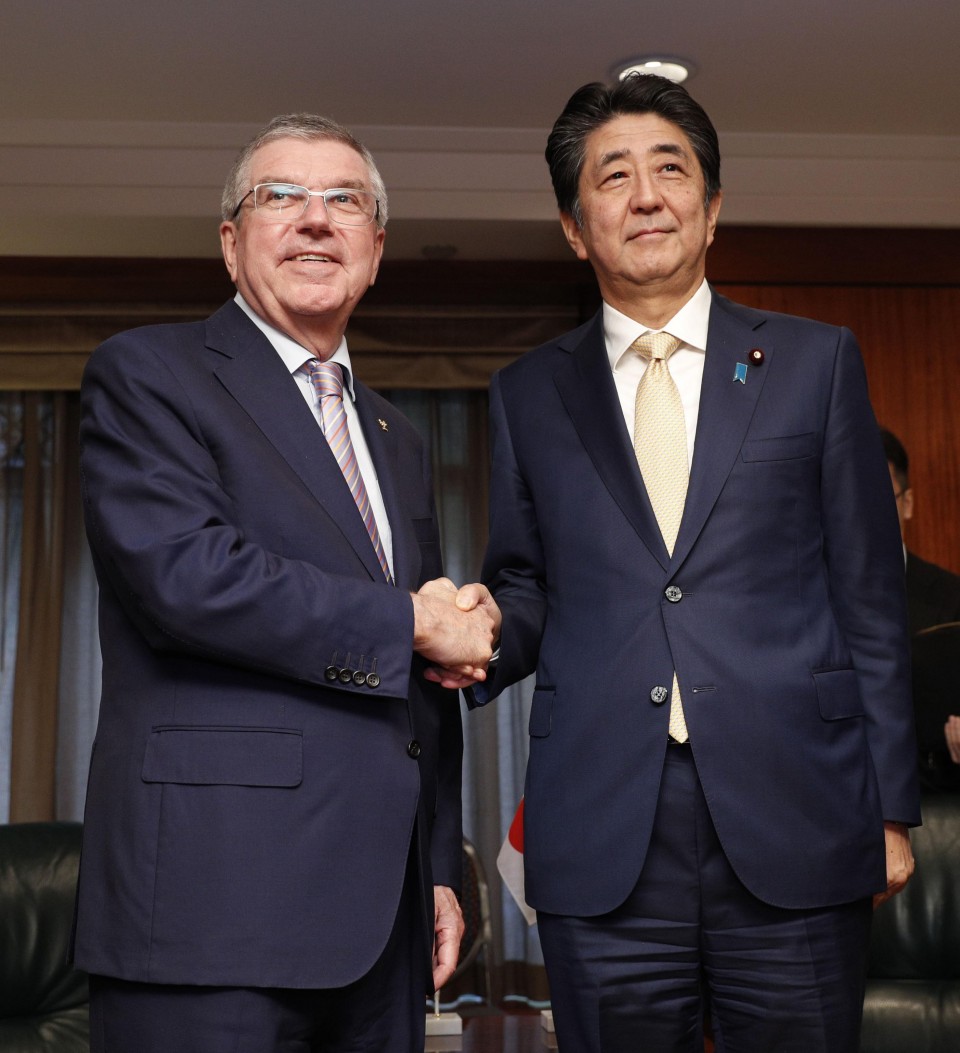 The move by the South Korean government marks a tightening of measures first implemented following a meltdown at the Fukushima Daiichi nuclear power plant triggered by a powerful earthquake and tsunami in March 2011.

Abe and Bach also agreed to jointly seek the adoption later this year of a U.N. resolution calling for a truce during the Tokyo Olympics and Paralympics in 2020.

It is customary for the United Nations to adopt a truce resolution before the summer and winter games and Tokyo has been leading preparations for a new one as host of the upcoming sporting events.

Bach was quoted by the Japanese Foreign Ministry as telling Abe that he will work with Tokyo to have the resolution co-sponsored by as many countries as possible.

Abe and Bach also reaffirmed they will continue to work closely together to make the Tokyo Olympics and Paralympics a success, the ministry said.

The Japanese leader also met with Jordan's King Abdullah II over dinner and expressed Tokyo's intention to help alleviate the country's burden in accepting refugees from neighboring Syria. The two welcomed the strengthening of bilateral ties in security, economic and other areas, according to the ministry.