A controversial statue in Southern California depicting a hanbok-wearing Korean girl who symbolizes the so-called comfort women forced to serve in brothels during Japanese colonization has been defaced for the second time this summer, according to police.

A suspect vandalized the copper statue using a black marker and knocked over surrounding potted plants on Monday morning in an incident that is currently under investigation, said a Glendale Police Department spokesman. 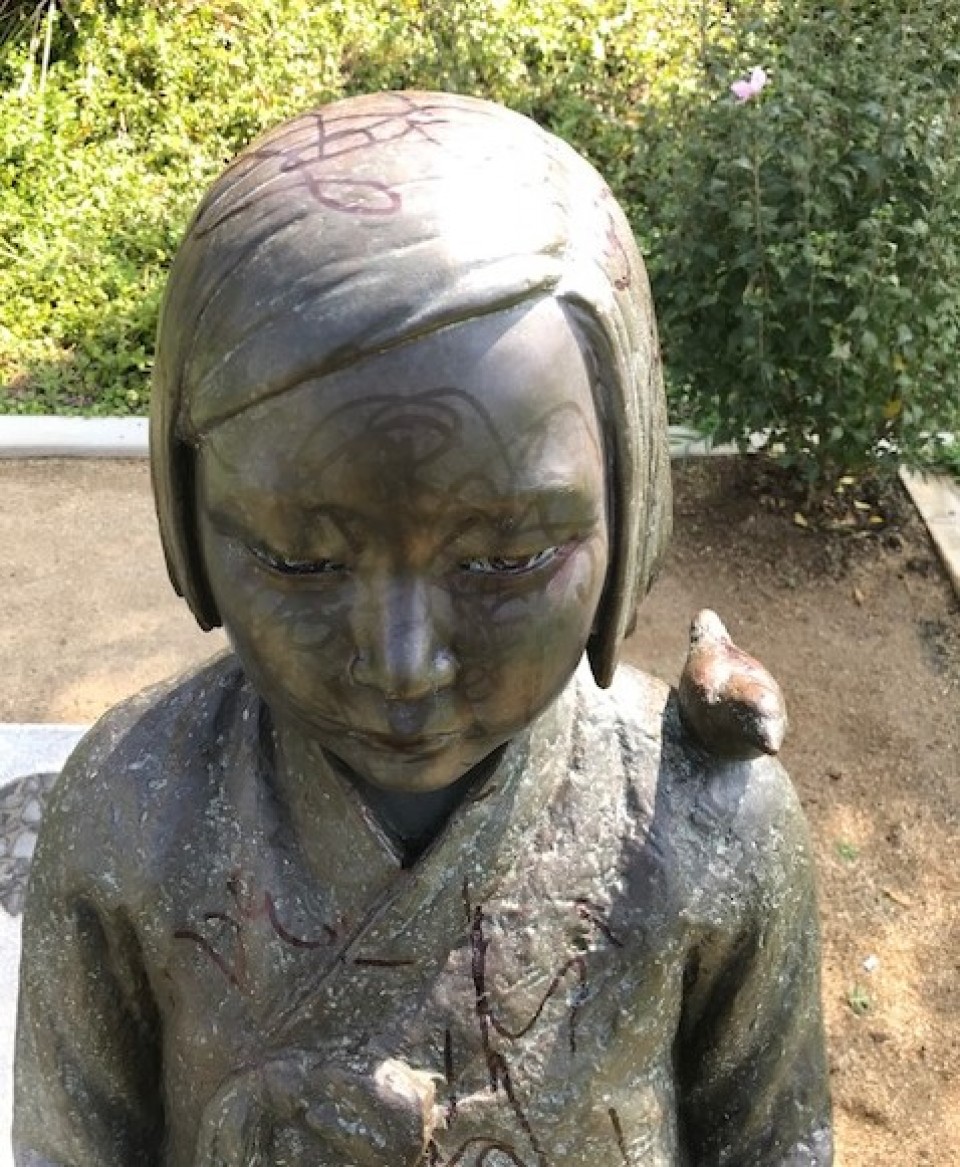 "Somebody approached the statue with a black marker and scribbled," said Sergeant Dan Suttles, adding that the suspect did not write anything legible.

"We are keeping an open mind with the possibility of a hate crime," but there is no indication of the motivation at this time, he said.

Glendale police received the first report of the statue being vandalized with "a substance (possibly feces) and the potted plants around the monument being kicked over" on July 26, according to Suttles. The incident is still under investigation.

"The city council supported the installation of the Comfort Women Peace Monument as a lasting tribute to the suffering of women and girls of many nationalities during World War II and to promote peace between all," Glendale Mayor Ara Najarian said in a statement.

"The City of Glendale takes this incident very seriously and will take all measures to apprehend the perpetrators and hold them accountable in a court of law." 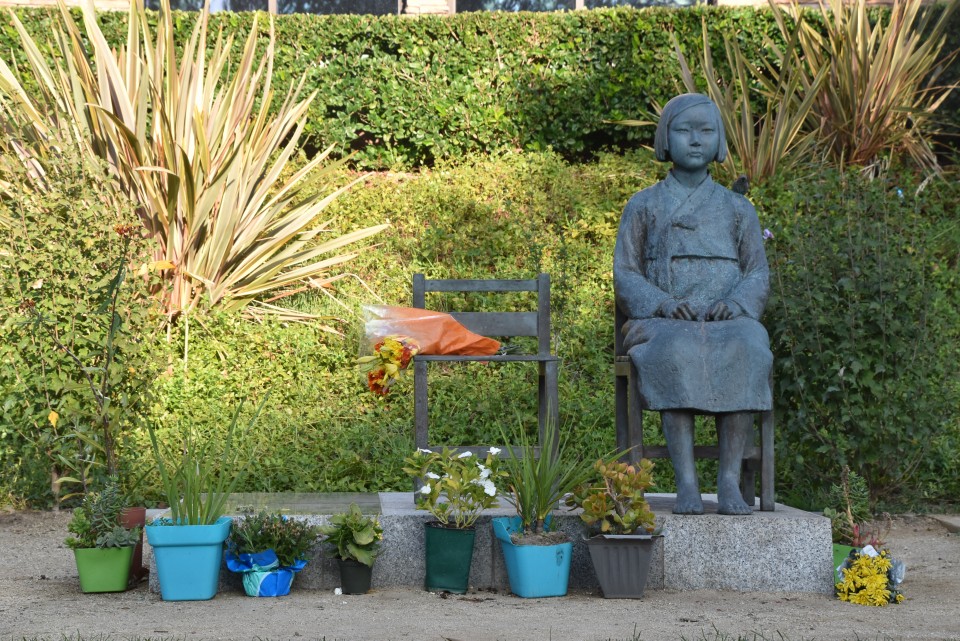 In 2014, two Japanese Americans and the organization Global Alliance for Historical Truth filed a lawsuit in federal court seeking the statue's removal. They argued that the city of Glendale installed the statue without city council approval of the inscriptions and that its placement infringes on the U.S. government's constitutional power to set foreign policy.

The case was dismissed by the U.S. Supreme Court, allowing the statue to remain.

Tensions between Japan and South Korea have heightened recently over trade and wartime labor issues, with their defense cooperation also being affected.