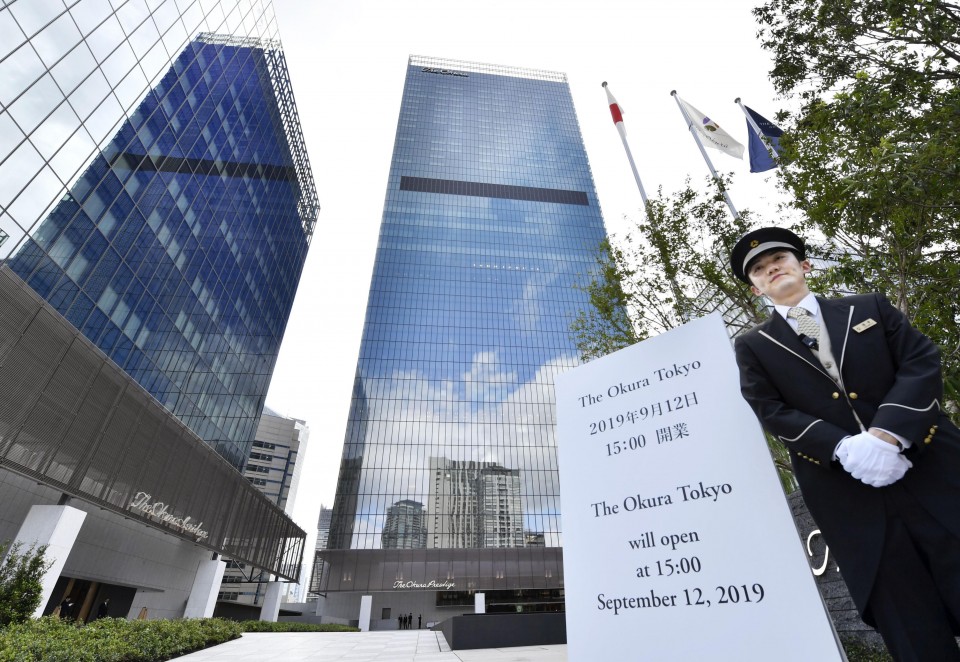 TOKYO - A luxury hotel in central Tokyo known for the Okura lobby much loved by visitors for its classic Japanese ambience reopened its main building Thursday after four years of construction ahead of the Olympic and Paralympic Games next year in Japan.

The Okura Tokyo has reused much of the original decor from its old main building's lobby, which was considered a Japanese modernist masterpiece, for its new lobby area.

"I challenged myself not only to recreate the lobby my father created, but to make it even greater," Yoshio Taniguchi, the 81-year-old designer of the new hotel building, said in a statement. He is the eldest son of the hotel lobby's original architect, Yoshiro Taniguchi.

The hotel, previously known as Hotel Okura Tokyo, first opened its doors in 1962, two years before the 1964 Tokyo Olympics. Its main building was closed in 2015 and then demolished, with an annex remaining open during construction. 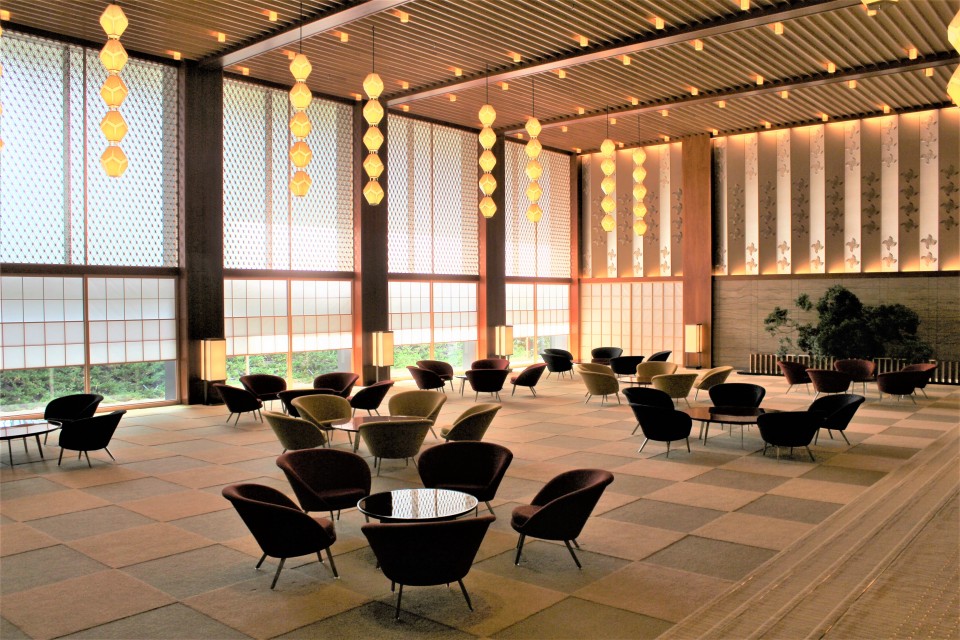 The new lobby area features an assortment of original furnishings including ceiling lanterns shaped like ornamental beads and sets of tables and chairs assembled to resemble plum blossoms.

"The Okura Tokyo will endeavor to create a hotel beloved by all through providing the newest services and functions with the traditional beauty and Japanese spirit cultivated over the years by Okura," the hotel's general manager, Shinji Umehara, said in a statement.

Tokyo Gov. Yuriko Koike, Hotel Okura Co. President Toshihiro Ogita, Taniguchi and others cut a red tape in front of the main entrance to celebrate the landmark event, which was attended by Princess Takamado, the widow of former Emperor Akihito's late cousin.

The princess was then escorted into the hotel as the first guest, where she joined others enjoying a Noh performance in the main lobby. 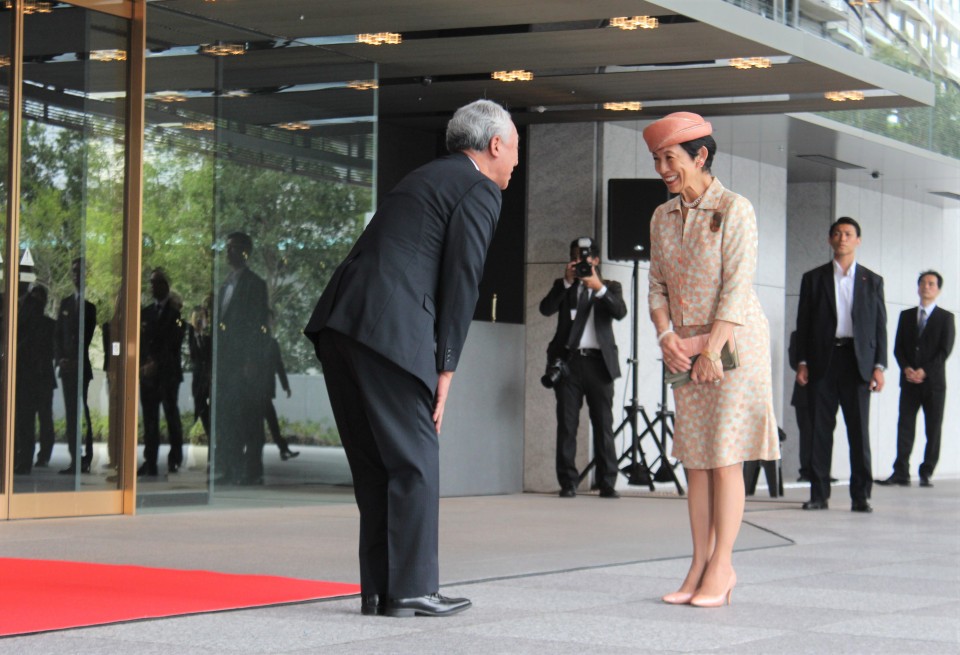 One of the new buildings is a 17-story structure which houses guest rooms from the sixth floor up, and the other a 41-story tower which includes hotel rooms between the 28th and 36th floors, as well as office space from the eighth to 25th floors.

The opening of the hotel's new buildings comes amid a construction boom in luxury accommodations, with the number of hotels steadily increasing in Tokyo and other parts of Japan.

Developer Mori Building Co. constructed a 52-story skyscraper in 2014 which houses the Andaz luxury hotel, part of the Hyatt group. The company also announced last month a massive redevelopment project in the Azabudai-Toranomon district in central Tokyo, including the construction of a luxury hotel in 2023. 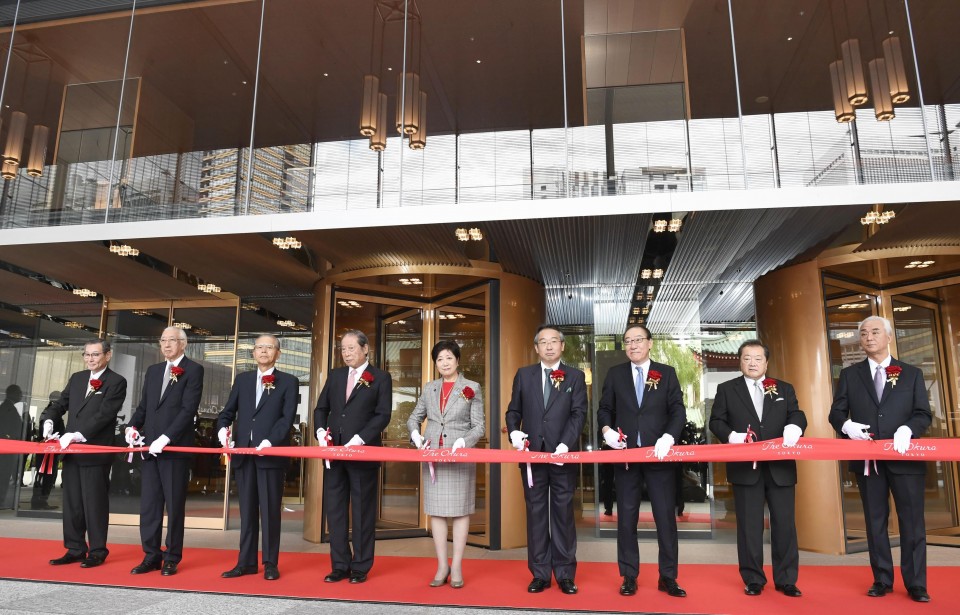 When the Okura hotel was inaugurated in 1962, the late founder Kishichiro Okura said at the time that the goal was "to create an international hotel unique to Japan, applying traditional Japanese aesthetics within its architecture."

The hotel has seen many famous faces walk through its doors, from Beatle John Lennon to writer Yasunari Kawabata, winner of the 1968 Nobel Prize in Literature. It has also hosted leaders such as former U.S. President Barack Obama and British Prime Minister Margaret Thatcher.

With the hotel having won many admirers abroad, there was some initial concern when demolition of its original main building was announced. British monthly magazine Monocle instituted a "Save the Okura" movement calling for its preservation, garnering thousands of signatures.

"Please look forward to the revival of the timeless Okura lobby," Taniguchi said in a statement.