The Indonesian government acknowledged Friday that haze from fires in the Indonesian part of Borneo Island has crossed into Malaysia while announcing that four Malaysian companies have been charged with causing the fires.

"Hazardous smoke has been likely crossing to the neighboring country (Malaysia), disrupting flights in some places at certain times and reducing people's quality of life," Coordinating Minister for Political, Legal and Security Affairs Wiranto, who like many Indonesians goes by a single name, told a press conference.

The admission comes after the government previously rejected Malaysia's complaints about hazardous smoke, insisting that fires in the Malaysian territory of Borneo and peninsular Malaysia have also played a role in the poor air quality.

In a post on Facebook on Wednesday, Malaysian Environment Minister Yeo Bee Yin said Indonesia "should not be in denial," adding that the data "speaks for itself."

She cited the latest data from the ASEAN Specialized Meteorological Center putting the number of hotspots in Indonesia's parts of Borneo and Sumatra Island at 474 and 387, respectively, versus just seven in Malaysia. 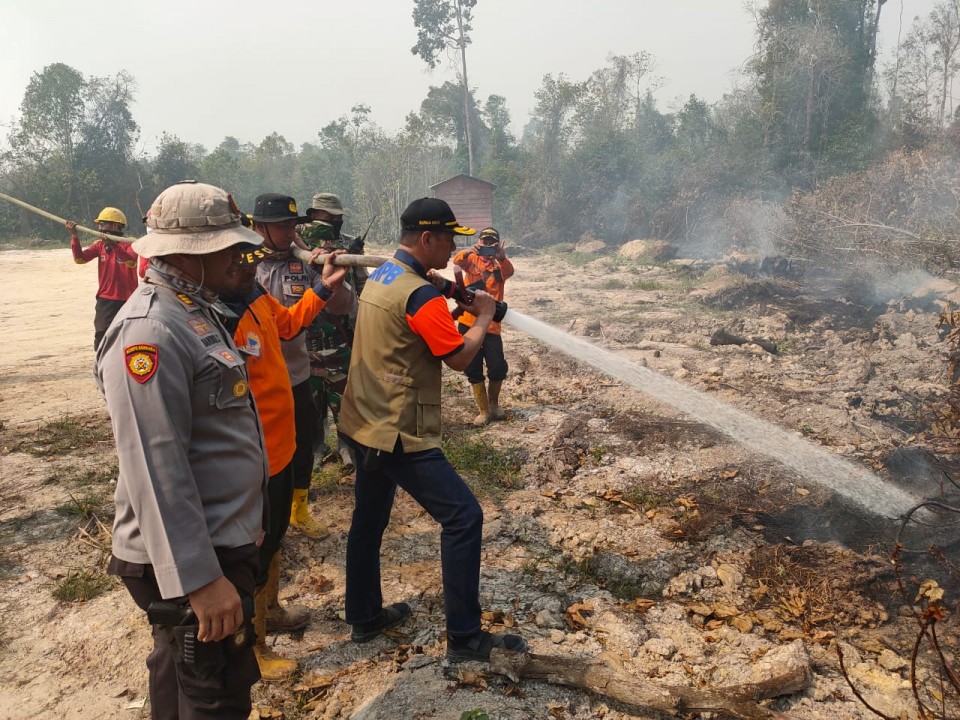 During a press conference in Jakarta, Indonesian Forestry and Environment Minister Siti Nurbaya Bakar said she will not seek any excuse and focus instead on putting out the forest fires.

She also announced that the government had sealed off plantations operated by 29 companies -- three of them Malaysian and one Singaporean -- in West Kalimantan Province on Borneo Island and a plantation run by a Malaysian company in Riau Province on Sumatra Island.

"Criminal charges have been imposed against the four Malaysian and Singaporean companies (in West Kalimantan)," Bakar said.

Hours after the Indonesian government's announcement, Malaysian Minister of Primary Industries Teresa Kok expressed concerns over the sealing off of the plantations.

"This is a very serious accusation indeed," Kok said while on a visit to Vietnam.

She said the four Malaysian companies "are among the most-respected oil palm cultivators" and have internationally recognized certification. Such accusations, she said, "would result in the cessation of their certification status."

Stressing that the companies will cooperate with the Indonesian authorities to correct the accusation, Kok said she intends to speak with her Indonesian counterpart to resolve the matter quickly.

Air quality in some provinces on Sumatra and Borneo has been worsening, being categorized as unhealthy over the past month due to the haze, forcing Indonesia to close schools, cancel flights and call on residents to avoid outdoor activities.

According to the National Disaster Mitigation Agency, between January and August a total of 328,724 hectares of land were burned.

Indonesia, according to Wiranto, has deployed 42 helicopters for water bombing and cloud seeding, as well as over 9,000 personnel to put the fires out.

Forest and land fires in Indonesia are most frequent between April and October, mostly due to slash-and-burn farming practices.

In 2015, the worst forest fires in 20 years occurred because of an El Nino weather phenomenon. Fires that year burned 2.61 million hectares of land, caused $16 billion in damage and exposed millions of people in Southeast Asia, particularly in Malaysia and Singapore, to toxic haze.

(Vivian Ho contributed to this report from Kuala Lumpur)