Taiwan's first prototype of indigenous advanced jet trainer made its public debut on Tuesday, the first completion of a major project of President Tsai Ing-wen's "design and build at home" policy for military equipment.

At the launching ceremony at a factory of the state-owned Aerospace Industrial Development Corp. in Greater Taichung, central Taiwan, Tsai called the completion of the aircraft, named Yong Ying or Brave Eagle in English, a "historic moment." 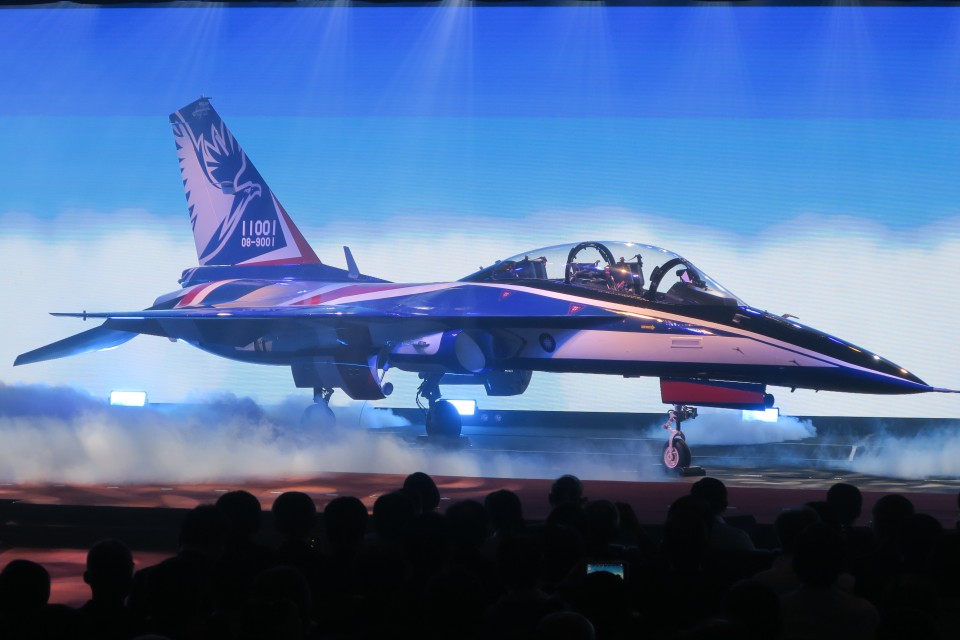 Tsai recalled that she decided not long after taking office May 2016 to build advanced jet trainers at home "to turn the tide around."

"If we still relied on importing advanced jet trainers, our research and development capability of military aircraft and vessels would stand very little chance of surviving," she said.

Tsai said since the work began in 2017, the NT$68.6 billion (US$2.2 billion) project has created at least 1,200 jobs at home and more than half of the orders go to local manufacturers. 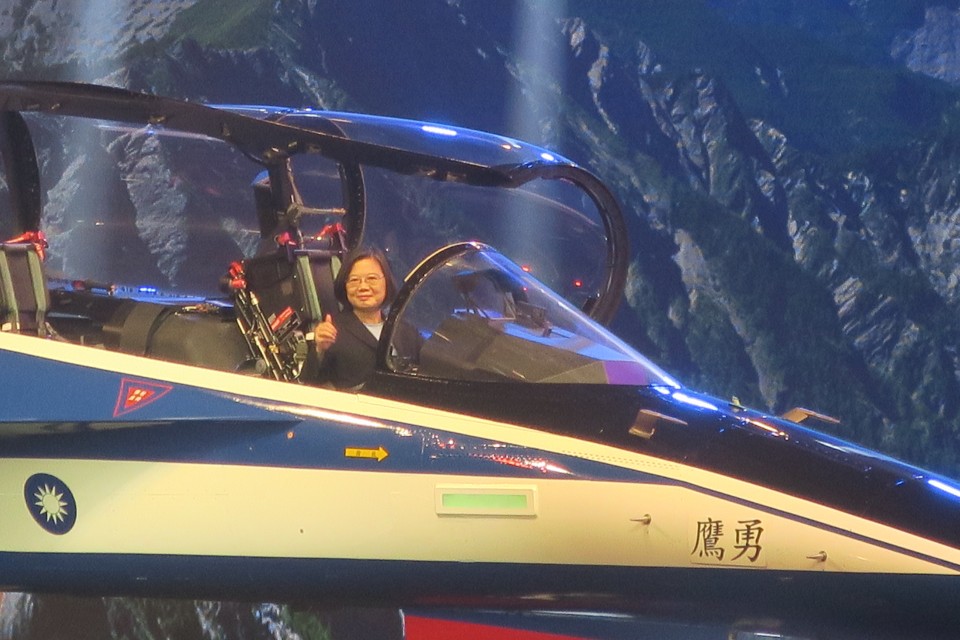 (Taiwan President Tsai Ing-wen gives the thumbs up at the cockpit of the island’s first prototype of indigenous advanced jet trainer, during its public debut in Taichung on Sept. 24, 2019.)

It plans to see the completion of the prototype of the aircraft this year and the start of mass production in 2023. The goal is to take the delivery of the last batch no later than 2028.

A high-ranking AIDC manager, who spoke on condition of anonymity, said that the company plans to build four prototypes: two for ground testing and two others for flight testing.

The prototype made public debut on Tuesday is scheduled for its flight testing in June next year. If all goes well, maybe it can deliver the last batch ahead of time, he said.

The AIDC has the experience of co-building the AIDC F-CK-1 Ching-kuo, commonly known as the Indigenous Defense Fighter, with the help of the United States in the late 1980s. The IDF fighter was until now the last project of indigenous aircraft.

When Tsai's predecessor Ma Ying-jeou was in power between 2008 and 2016, the AIDC signed a teaming agreement with the manufacture of Alenia Aermacchi M-346 Master transonic trainer to build advanced trainers.

However, since Tsai took office, she has been pushing a "design and build at home" policy for military airplanes, vessels and submarines, leaving the Italian aircraft maker out of the picture.

The move drew strong protests from China, which regards Taiwan as a renegade province awaiting unification, by force if necessary.

The AIDC is also responsible for refitting a fleet of 142 older model F-16s, which has undergone several upgrades.