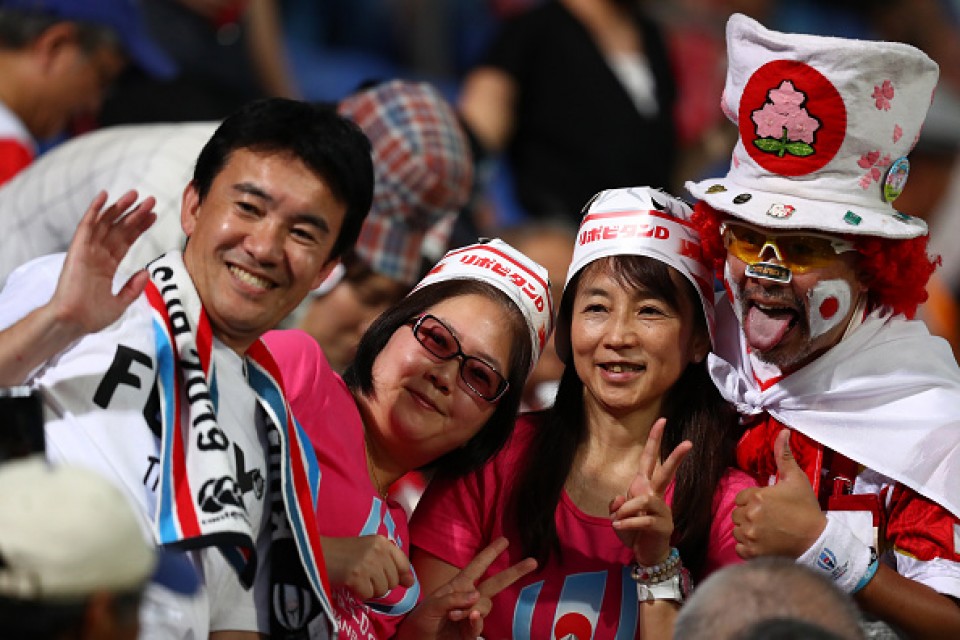 KUMAGAYA - Japanese and South African rugby fans braved hot and humid conditions as they descended on Kumagaya near Tokyo for Friday's clash between the Springboks and Brave Blossoms, their last tune-up before the Rugby World Cup kicks off in two weeks.

"For South Africa, it's a game they cannot lose after a loss to Japan (at the 2015 World Cup), so they will be very strong. I just hope there won't be any injuries on the Japan team," Higashi said.

The 64-year-old, who made the 4-kilometer trek to the stadium from Kumagaya Station on foot, said he hoped the match would send Japan into the World Cup on a positive note.

"Maybe Japan won't have even a 1 percent chance of winning, but what's important is the World Cup. I hope their performance is promising," he said. 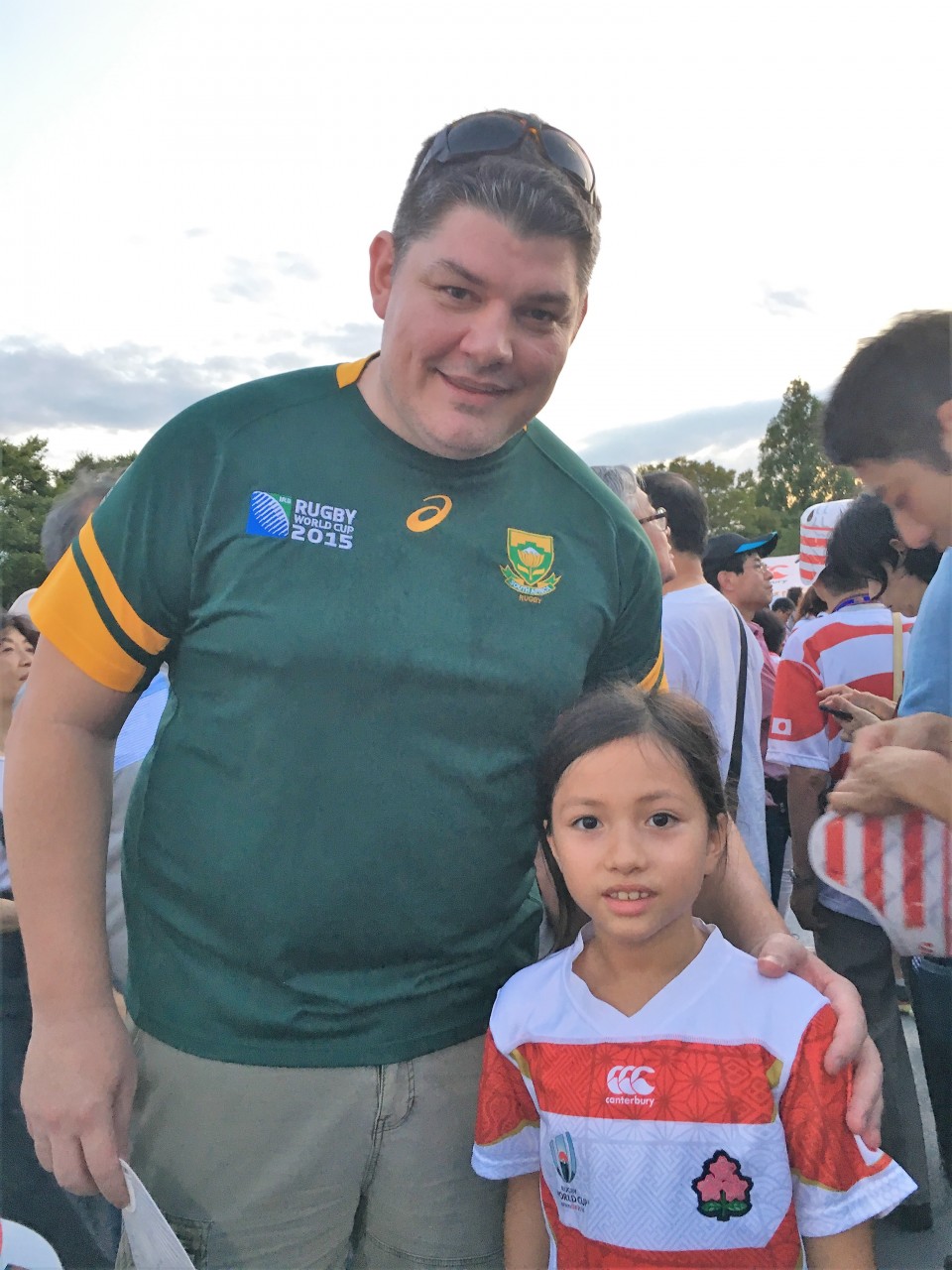 (Sias Potgieter and his daughter Amika line up for food at Kumagaya Rugby Stadium on Sept. 6, 2019, ahead of the Japan versus South Africa test match.)

In a show of respect for their opponents, a number of Japanese fans came to the ground wearing the iconic dark green Springboks jersey. One such fan, Takako Tadome, said the gesture was part of the spirit of rugby.

Her husband Shinkichi, wearing the Brave Blossoms shirt along with their four children, said, "I remember watching the previous 2015 Japan-South Africa game live in the middle of the night."

That World Cup match in Brighton, England, an astonishing 34-32 victory for Japan, is widely regarded as the biggest upset in rugby history.

"I was so excited and woke up my wife," he said. "For today, of course I want Japan to win, but I just hope there are no injuries."

Kumagaya has gained a reputation as the hottest city in the country. A record high of 41.1 C was set there during the heat wave that struck Japan in July last year.

Situated 60 km north of Tokyo, the city has little experience receiving large crowds from overseas. It has mobilized free shuttle buses for spectators, departing from a fan zone near the station. 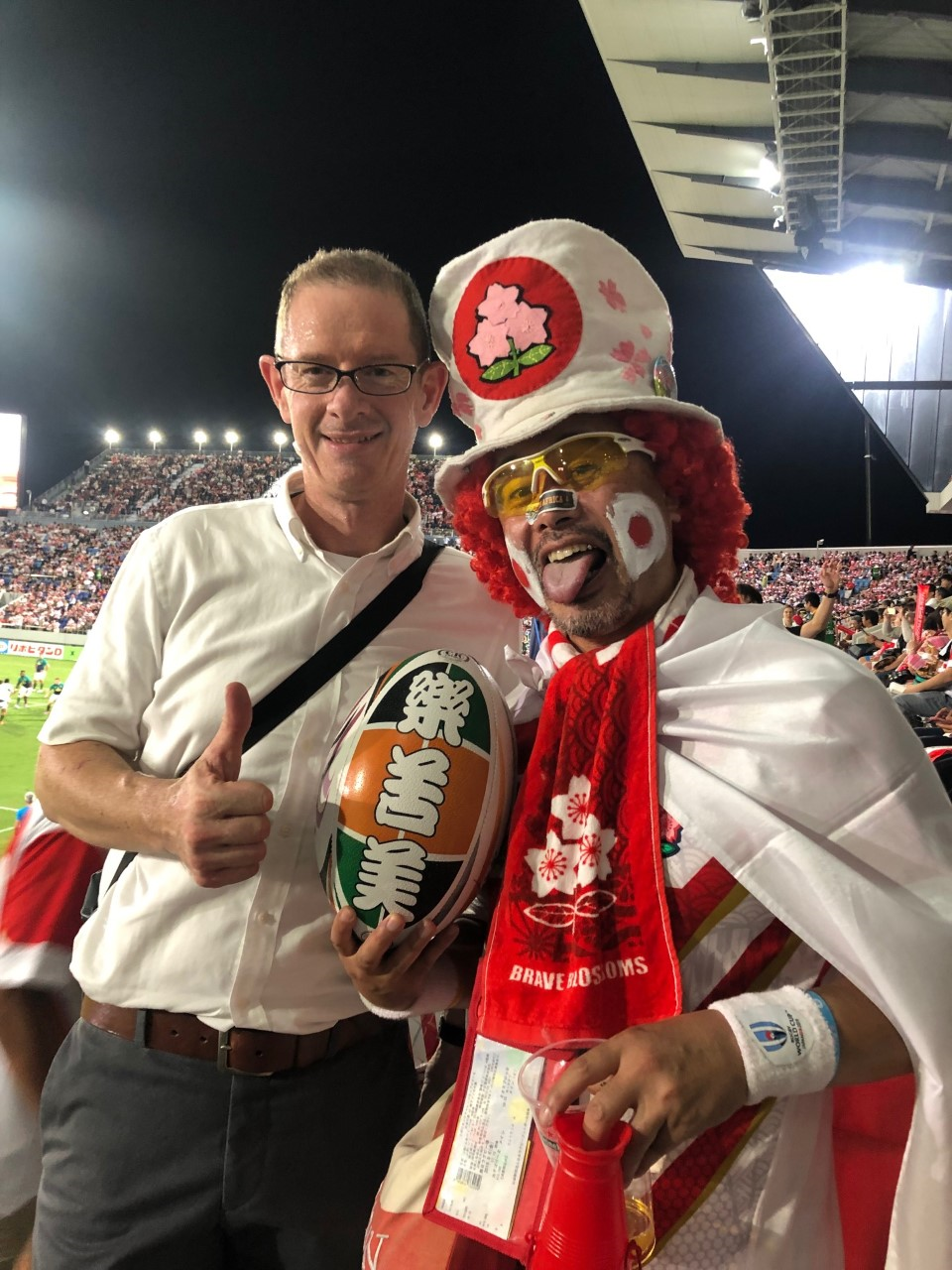 Despite the mercury topping 30 degrees, many spectators chose to access the venue on foot rather than ride potentially crowded buses.

"I hope they will win by 20 points," said Williams, a Tokyo resident originally from Cape Town.

South African Sias Potgieter flew in from Hong Kong for the game with his Japanese wife and two children. The 40-year-old, who previously played rugby for the Yokohama Country & Athletic Club, witnessed the Japanese victory dubbed the "Miracle of Brighton" four years ago.

"I may be a South African, but (Japan's win over South Africa) was the greatest thing that could have happened for the Japan World Cup," he said.

"I absolutely had to come here and watch the rematch. Last time around, South Africa underestimated Japan. But we have picked our best side, are unbeaten, and drew with New Zealand recently."

When asked to predict the score, Potgieter said he thought South Africa would be happy to win by 14 points, adding that Japan would earn a lot of respect if they kept the score that close.

His 7-year-old daughter, Amika disagreed, however, saying she thought Japan would win 15-3.