Japan's newly appointed ministers got to work on Thursday, taking over their portfolios from predecessors replaced the day before by Prime Minister Shinzo Abe in a major Cabinet reshuffle.

In the aftermath of powerful Typhoon Faxai that has left hundreds of thousands of households without electricity and water in Chiba Prefecture near Tokyo, Abe said the immediate priority for the Cabinet is post-disaster recovery.

"We will do our utmost immediately," Abe told reporters at the prime minister's office.

The revamped Cabinet will tackle a cascade of challenges, including chilled Japan-South Korea ties, a consumption tax hike in October from 8 percent to 10 percent and swelling social security costs.

"We will tackle various challenges based on the foundation of (political) stability," Chief Cabinet Secretary Yoshihide Suga, who retained his post, said at a press conference.

Abe replaced all but two of the 19 ministers on Wednesday, giving the post of environment minister to rising political star Shinjiro Koizumi, touted as a future Japanese leader, in a move largely regarded as the prime minister's bid to get a popularity boost. 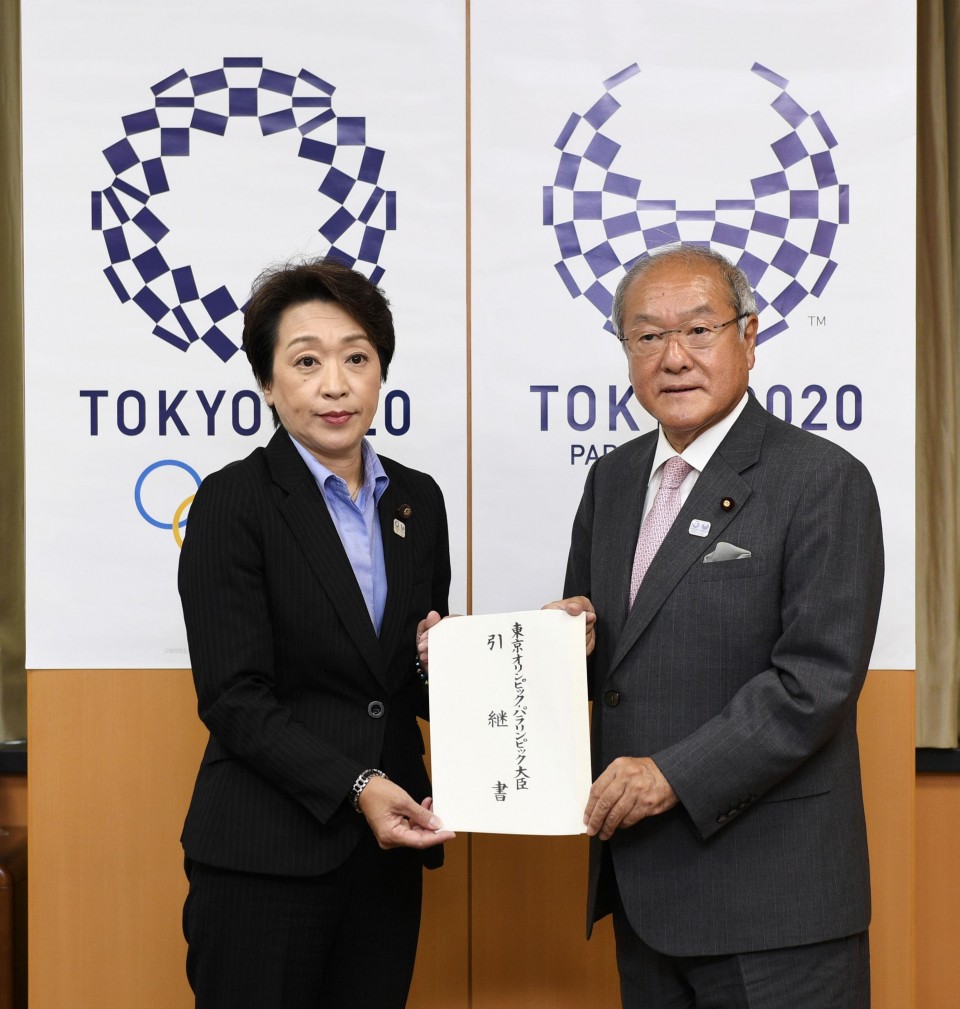 At the Environment Ministry, Koizumi, who was given his first Cabinet post, replaced Yoshiaki Harada.

Koizumi will oversee Japan's efforts to tackle environmental issues such as global warming and marine plastic debris, while also serving as the minister in charge of nuclear emergency preparedness.

"Environmental issues are global in terms of scale. I plan to inspect various places across the country and introduce (their efforts) overseas," Koizumi said.

Koizumi made the comments ahead of his visit to Fukushima Prefecture in northeastern Japan, ravaged by the 2011 earthquake and tsunami that triggered the worst nuclear disaster since Chernobyl.

The son of former Prime Minister Junichiro Koizumi, who is anti-nuclear power, the 38-year-old minister said Wednesday he hopes to think about "how to scrap them rather than how to keep them," in reference to nuclear power plants that mostly remain offline in Japan following the disaster.

Among other new faces in the Cabinet, former speed skater and Olympic bronze medalist Seiko Hashimoto took over the role of minister for the Tokyo Olympics and Paralympics from Shunichi Suzuki with the clock ticking until 2020.