Legacy of pioneering doctor lives on in communities for disabled

As Japan prepares to host its second Paralympics next summer hoping for increased awareness of issues faced by the disabled, one social welfare group can look back on over five decades of implementing the vision of a pioneering doctor who many consider to be the father of Japan's disabled sports movement.

Set up in 1965, just a year after the 1964 Tokyo Paralympics, Japan Sun Industries has been building communities where the disabled can live independent lives based on the mission of the late Yutaka Nakamura, its founder, to provide opportunities rather than charity.

In the hot-spring resort of Beppu in Kyushu's Oita Prefecture, for instance, JSI has set up a host of facilities such as a grocery store, bank branch, sports training facility and several workplaces -- all designed to be user-friendly for the disabled.

But the core of the project is providing work opportunities as an essential component of independent living, with JSI unique among social welfare organizations catering to the disabled in Japan in having set up joint ventures with major firms around the country. 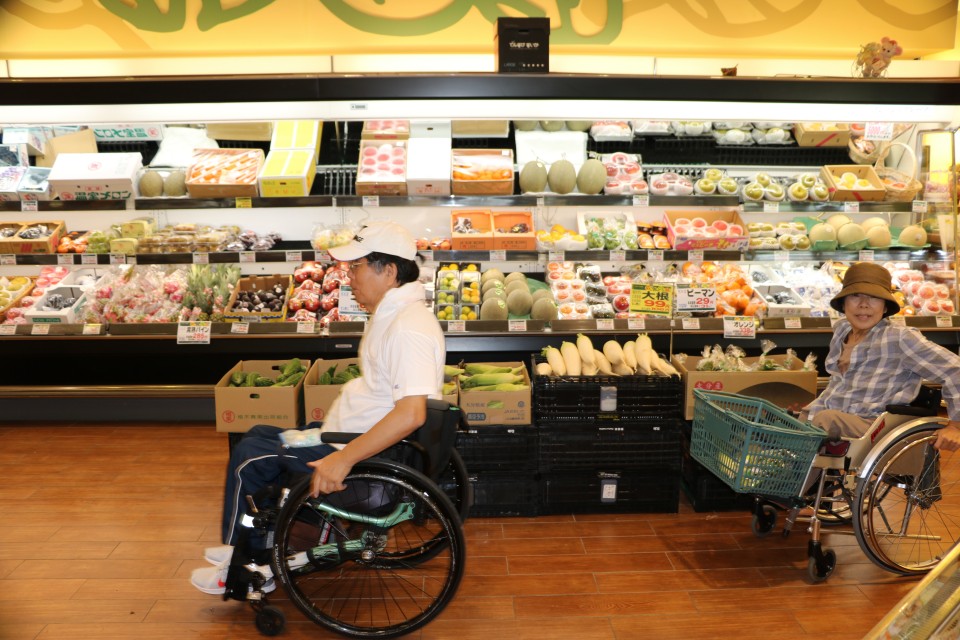 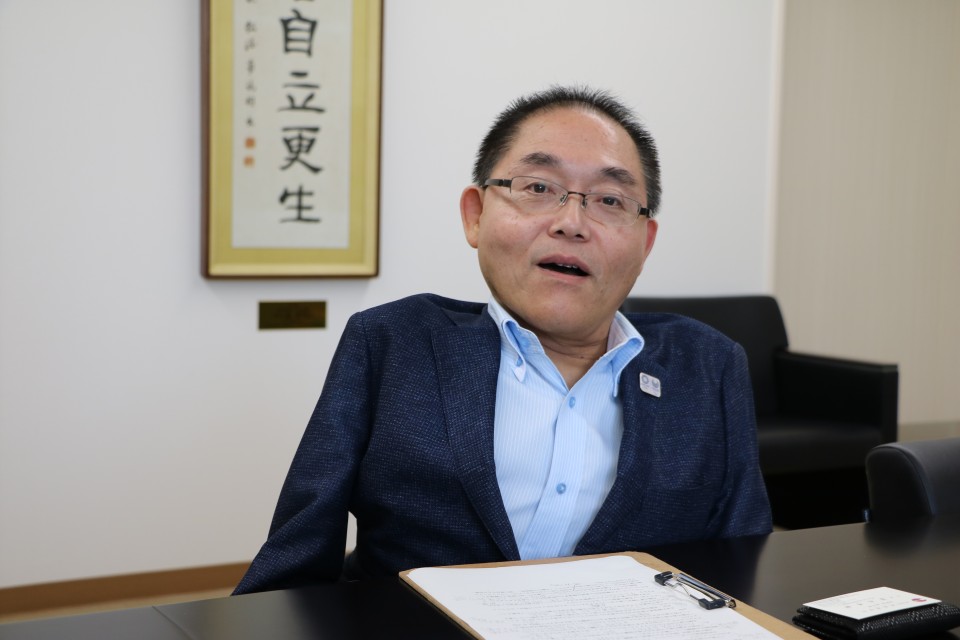 "I heard Dr. Nakamura visited more than 200 companies" in the hope of doing business together with them and finding better work with better pay for people with disabilities, said Tatsuo Yamashita, the 60-year-old president of JSI who is himself disabled.

Yamashita, who joined JSI as a trainee at the age of 18, has paralysis in his upper and lower limbs after suffering from polio at a young age.

"That's the main reason we attract attention from around the world. Without those companies, we are not much different from any other social welfare organization," Yamashita said, stressing the importance of people with disabilities earning an income.

As of April 1, over 1,860 people, including 1,104 people with disabilities, were enrolled at JSI facilities, including joint ventures and cooperative companies established with firms such as Sony Corp. and Omron Corp. in Oita, Kyoto and Aichi prefectures, according to the organization.

Yamashita traces this vision of independent living for the disabled to the work Nakamura, an orthopedic surgeon, did with introducing sports therapies for the disabled in Japan in the years leading up to the 1964 Tokyo Paralympics.

Nakamura studied at the National Center for Spinal Cord Injuries at the Stoke Mandeville Hospital in Britain in 1960 under Ludwig Guttmann, a neurosurgeon who pioneered sports as a means of rehabilitation and led the then fledgling Paralympic Movement.

Back then, it took around two years for patients in Japan with spinal cord injuries to be discharged from hospitals and re-enter society, compared with six months for Stoke Mandeville patients with similar injuries. 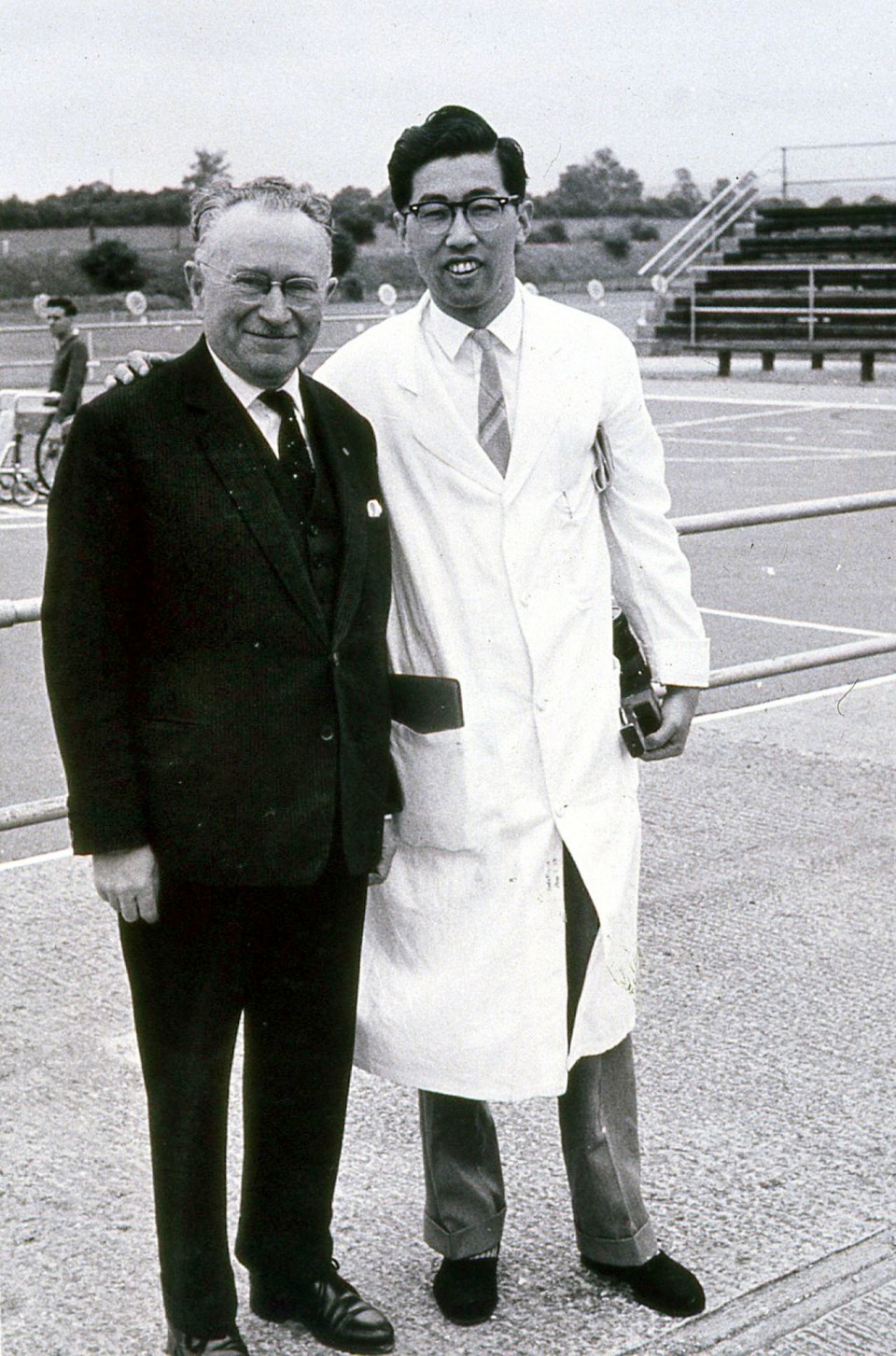 At first, Nakamura thought the difference must lie in the surgical procedures but he discovered that the methods were basically identical, leading him to the conclusion that rehabilitation treatments incorporating sports made the difference. Japan, at the time, was still focused on immobilization and bed rest.

Returning from Britain, Nakamura tried to implement in Japan what he had learned from Guttmann, a Jewish refugee from Nazi Germany whose philosophy was that "it is ability, not disability, that counts."

Nakamura's approach was not universally accepted at first, according to the Tokyo Organizing Committee of the Olympic and Paralympic Games. Criticism leveled at him included the claim it was cruel to put persons with disabilities on "display" and that their participation in sports events was equivalent to showing them off in a "circus."

But he continued to advocate for disabled sports in Japan, and played a role in the establishment of the Far East and South Pacific Games for the Disabled, a precursor to the Asian Para Games, as well as the Oita International Wheelchair Marathon after serving as head of Japan's 1964 Paralympics team.

According to Yamashita, Nakamura, who died in 1984 at age 57, had also been early to spot the potential of personal computers to shift the economy from factory to IT jobs, and how that might open up new work opportunities for the disabled.

The current JSI president is also keen to exploit the potential of teleworking. He has already launched a telework program at Mitsubishi Shoji & Sun Co., one of the eight joint ventures, and is thinking of pushing it further in his organization. 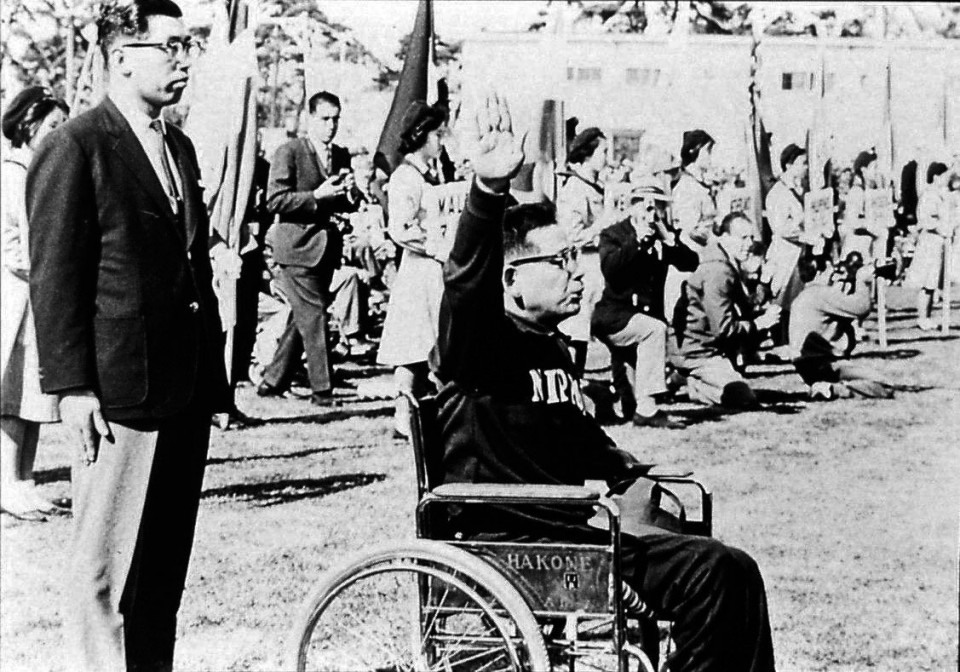 (Yutaka Nakamura (L) watches an athlete taking the oath at the opening ceremony in 1964.)
[Photo courtesy of JSI]

In following the vision of founder Nakamura, Yamashita ultimately envisions a true barrier-free society where organizations such as JSI will no longer be necessary.

"After all, Dr. Nakamura hoped that people could integrate into their communities to work and live their lives not only at facilities like these but anywhere," Yamashita said.

Over the years, Japan Sun Industries has attracted some high-profile support from those involved in promoting the interests of the disabled, not least from former Emperor Akihito and former Empress Michiko. The former emperor was honorary patron at the 1964 Paralympics when he was crown prince.

The couple visited Japan Sun Industries in 1966, encouraging disabled workers and others. They also visited the facilities to commemorate the 50th anniversary of the welfare organization in 2015. 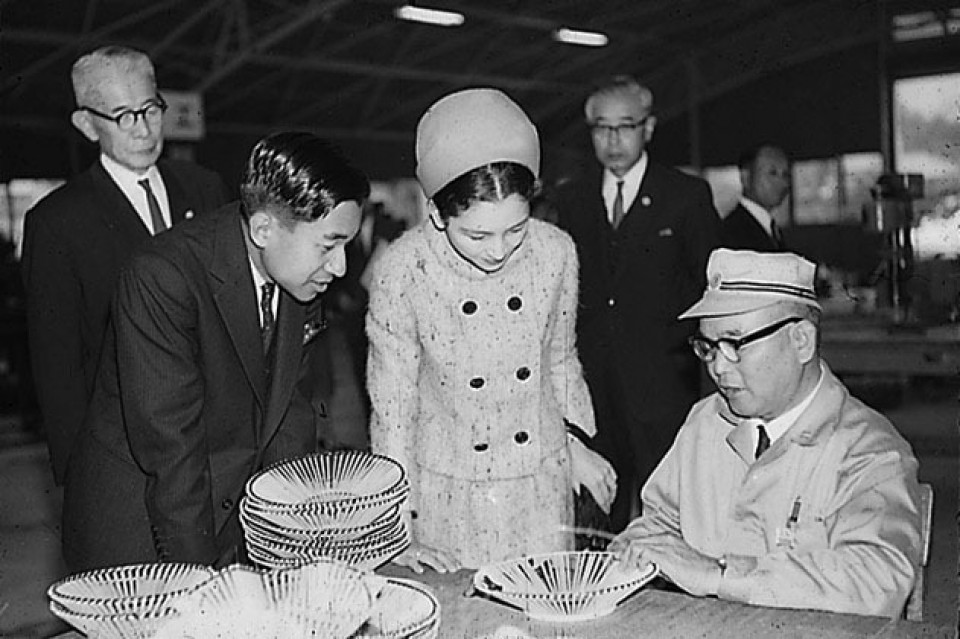 During the latter visit, the then emperor made a surprise offer to table tennis player Takumi Shukunobe, an employee of the organization aiming for the Paralympics, and took part in rallies for several minutes as his practice partner.

A former official of JSI said disabled sports in the country could never have reached the level of recognition it has today without the encouragement and support of the former emperor and empress.

As president of the organization established by Nakamura, Yamashita expressed his hope that JSI will significantly contribute to the upcoming Paralympics next year, such as to events related to the torch relay.

"We have been talking with the city and prefecture on holding a departure ceremony of the Paralympic flame here before sending it off for the torch relay, after flames were lighted across the prefecture and combined into one, possibly in front of the statue of Nakamura" located in front of the headquarters.

"We are thinking of creating something like a cauldron and uniting the flames there," he said, adding, "Since it will be quite an opportunity, we are planning to hold some kind of event as well in addition to the departure ceremony."