Japan's Princess Kako, niece of Emperor Naruhito, paid a courtesy call on Hungarian President Janos Ader on Friday to mark the 150th anniversary of diplomatic ties between the two countries.

Dressed in a kimono, the 24-year-old younger daughter of Crown Prince Fumihito, the emperor's younger brother, smiled and shook hands with the president and his wife Anita Herczegh at the Hungarian Presidential Palace. She also attended a luncheon hosted by the couple. 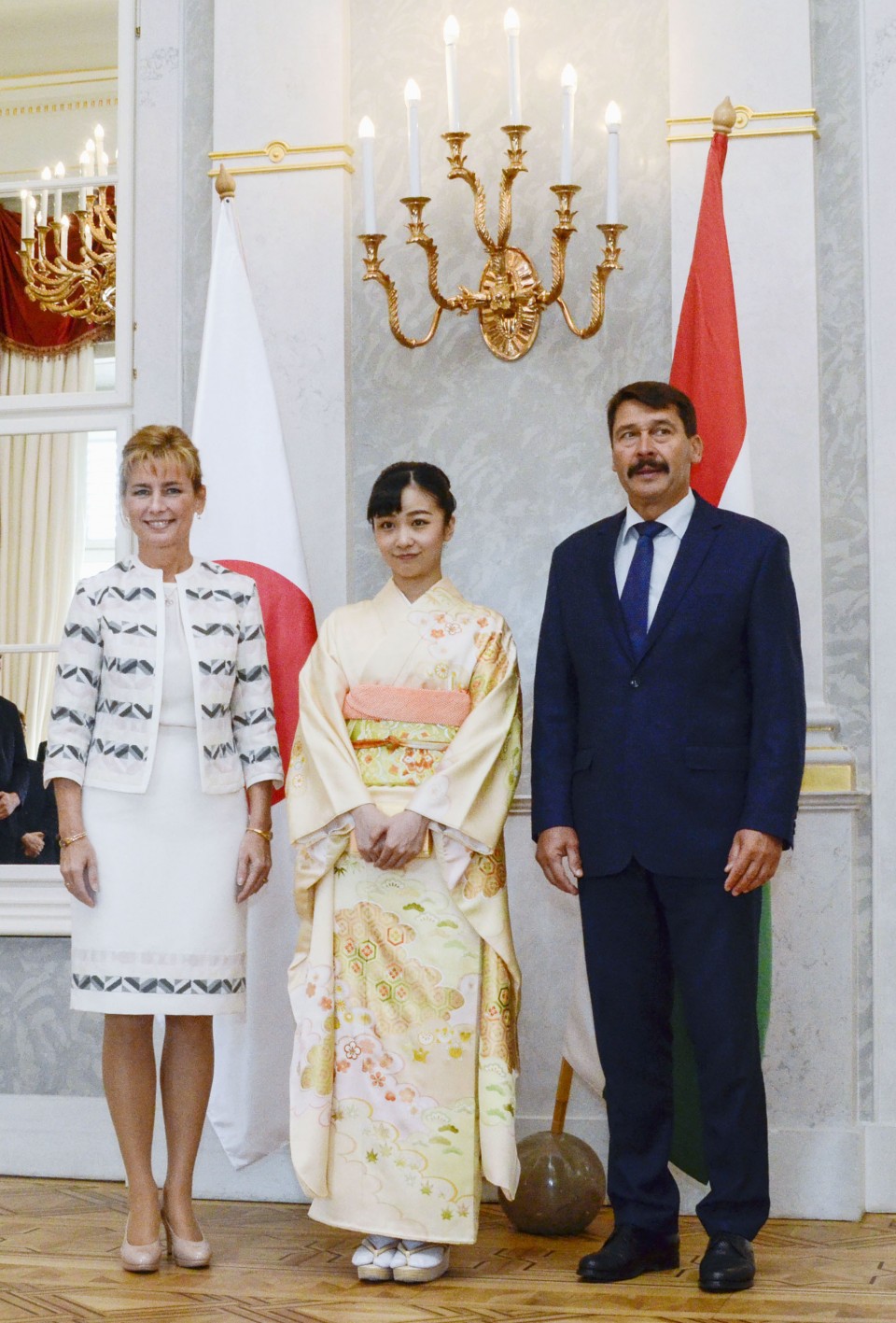 Earlier in the day, the princess took in the view of the city landscape along the banks of the Danube River, a UNESCO World Heritage site, from an observation point on a hill.

Princess Kako is visiting Austria and Hungary in her first official overseas trip to mark the 150th anniversary of Japan's diplomatic ties with the two countries.

Earlier this week, she paid a courtesy call on Austrian President Alexander Van der Bellen and attended a commemorative reception in Vienna.