Crown Princess Kiko, who celebrated her 53rd birthday on Wednesday, said she does not wish to comment on the postponement of her eldest daughter's marriage to fiance Kei Komuro.

"I believe she (Princess Mako) is thinking through a lot of things. Under such circumstances, I would like to refrain from speaking on current or future matters, including speculating on my daughter's feelings," the crown princess said in a statement. 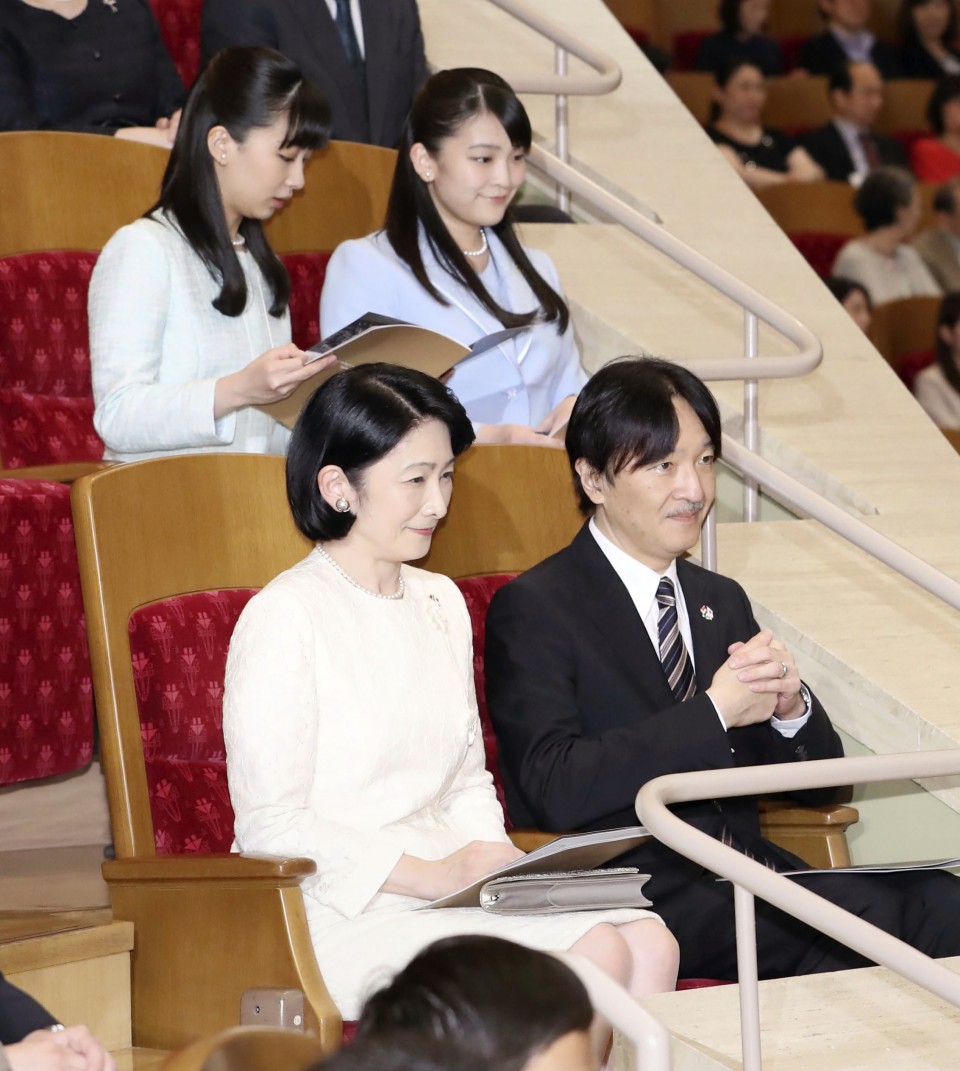 Princess Mako and Komuro announced their engagement in September 2017 and said their wedding would take place in November 2018, but the Imperial Household Agency announced in February last year that the couple will delay the event until 2020, citing "lack of time to prepare."

The decision followed a string of reports that Komuro's mother was involved in a money dispute with her former fiance, including over educational expenses for her son that the former fiance shouldered.

In the statement released by the agency, the crown princess also touched on her second daughter, Princess Kako, saying, "I hope (my daughters) build a future in which they can lead their respective lives well, and bring joy to those who have supported their growth up till now."

According to the agency, since the imperial succession this spring the crown princess has made 47 visits to locations across Japan, and participated in 37 events held on palace grounds, including informal talks.

"My duties have increased compared to before," she said, referring to her husband Crown Prince Fumihito becoming first in line to the Chrysanthemum Throne following the enthronement of his brother Emperor Naruhito in May.

"With the responsibility of my new position, I want to do my best to support the emperor and empress together with the crown prince, while taking care of my health," she added.

It is customary for the imperial household to release a statement by the crown princess every year around her birthday. With Crown Prince Fumihito now the heir to the throne, a statement from his wife Crown Princess Kiko was released from this year.