The match was tied 1-1 until the 87th minute when Miyoshi, who moved to Antwerp from J-League side Kawasaki Frontale last month on a deal that runs until June 30, 2020, swung his foot at a ball that had been blocked by a defender, firing it over the goalkeeper's head and into the net from the edge of the box. 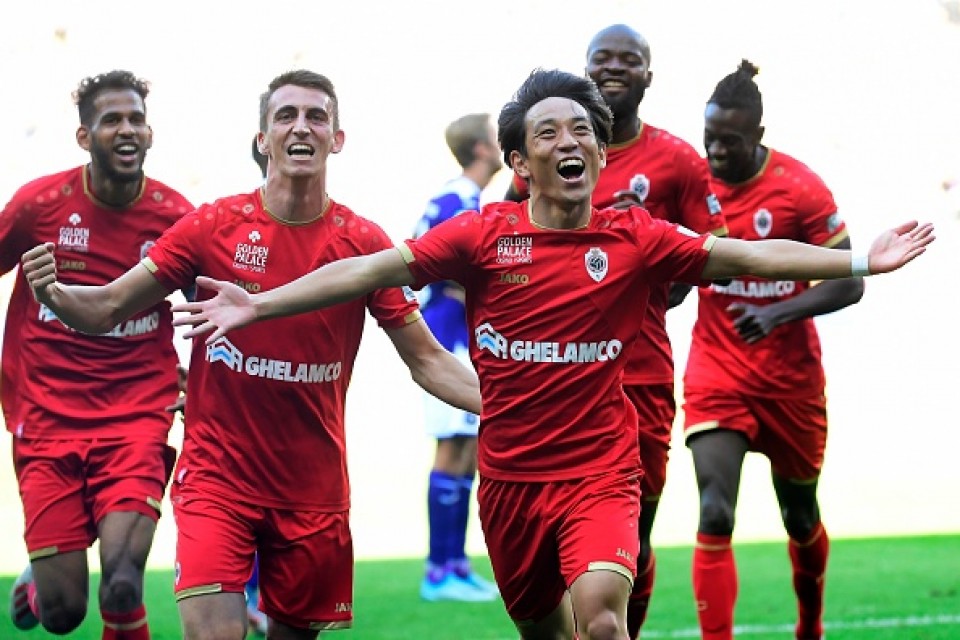 "It's a goal to demonstrate my skills here, and I feel like I took the first step," Miyoshi said.

"I needed to see results so I'm happy about that. I want to become a core member of the team," he said.

The 22-year-old scored twice in Japan's 2-2 draw against Uruguay at the Copa America in June. He also had loan spells with Consadole Sapporo and Yokohama F Marinos.

In Portugal, Koki Anzai netted an equalizer for Portimonense in the second half, but the hosts conceded a late goal to lose 3-2 to 10-man Porto.

Anzai netted in the 77th minute, but a header from Ivan Marcano at 98 minutes saved Porto, who squandered a two-goal lead established by goals from Alex Telles and Ze Luis by allowing Dener and Anzai to equalize within three minutes.

In the Netherlands, Keito Nakamura scored the opening goal and set up another for FC Twente, but he was shown a straight red card for a hard tackle on Fortuna Sittard's Felix Passlack just before the break. Despite being down a man, Twente went on to win 3-2.

In Spain, Shinji Kagawa broke a 1-1 deadlock with his second goal of the season in Zaragoza's 3-1 victory over Extremadura in the Spanish second division.