Japanese and North Korean university students have been discussing peace during a six-day exchange event in Pyongyang held since Wednesday.

In the event, 10 students from Japan met with 16 students learning Japanese at the Pyongyang University of Foreign Studies, most of whom have never met with Japanese nationals before.

A representative of the Relief Campaign Committee for Children, the organizer of the event, said it hopes the interaction will serve as a step to improving ties between the two countries, which do not have diplomatic relations.

On the first day, the two sides, meeting in a classroom of the North Korean university, shared details about their lives as students and their dreams for the future. Pak Yun Son, a 17-year-old student at the university who is a fan of Japanese anime films, said he "wants to go to Japan and visit places featured in the movies."

On Thursday, they toured the North Korean capital and took part in other activities. 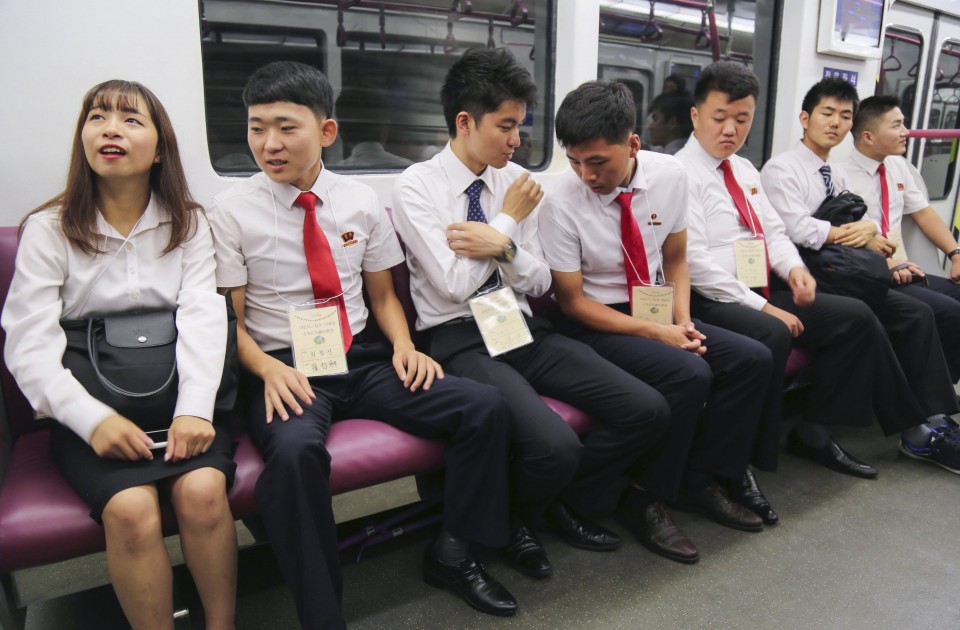 "Issues between Japan and North Korea can be resolved if the Japanese government pays compensation for the colonial period," including over the issue of Korean women forced to work in Japan's wartime military brothels, said Kim Jong Chon, 23, also a student at the university.

Yukiya Kubo, a 25-year-old senior student at the Tokyo University of Foreign Studies, responded, "If Japan resolves the (issues of the) past and builds a friendship with North Korea, it will become a foothold for peace in all of East Asia."

"While there are clashes of views coming from different stances, students from both Japan and North Korea have been trying to become friends by overcoming barriers," said Yukiko Tsutsui, the secretary general of the nongovernmental organization.

"Repeated exchanges are the first step toward building peace," she added.

On Monday, the last day of the program, the two sides are expected to take part in another exchange event on the outskirts of Pyongyang, according to the organizer.