It is the first overseas trip for the junior high school student, who became second in line to the Chrysanthemum Throne following his uncle Emperor Naruhito's enthronement in May.

The two princes took separate flights as a precautionary measure while Crown Princess Kiko flew with her son, who is currently on summer holiday.

After receiving a welcome from members of the Bhutanese royal family at Paro Airport, the three met with officials of the Japan International Cooperation Agency and visited a national museum. 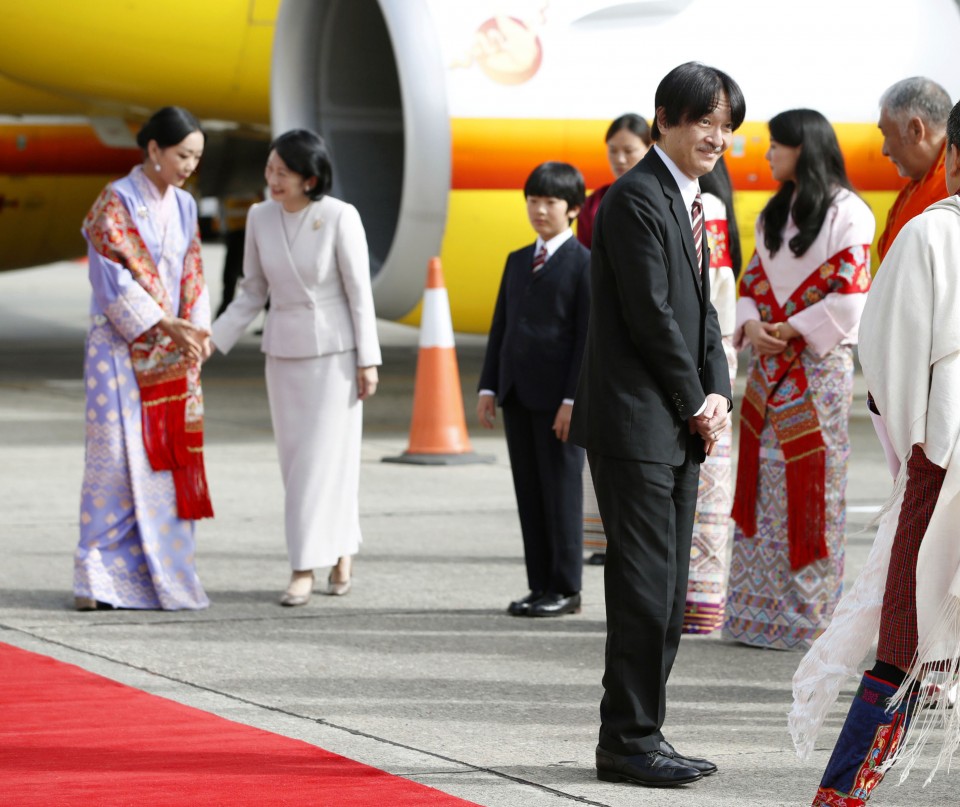 (Prince Hisahito, center back, arrives at Paro airport in Bhutan on Aug. 17, 2019, with his mother Crown Princess Kiko, 2nd from left, for a private family trip. Crown Prince Fumihito, front, first in line to the Chrysanthemum Throne, and Hisahito, second in line, took separate flights as a precautionary measure.)

"Could a major earthquake occur?" Prince Hisahito asked when the JICA officials were giving a briefing on earthquake activities in Bhutan.

"When you are with the Bhutanese people, in what situation do you feel happy?" Crown Prince Fumihito asked the officials about their lives in the country known as the "land of happiness."

The family will meet Bhutanese King Jigme Khesar Namgyel Wangchuck over lunch Monday in the capital Thimphu, according to the Japanese Imperial Household Agency.

They will watch a demonstration of archery, Bhutan's national sport, on Tuesday. Visits to temples and museums are also scheduled during their stay before they return on Aug. 25.

Japan has maintained a close relationship with Bhutan since the two countries established diplomatic ties in 1986. Crown Prince Fumihito and Crown Princess Kiko traveled to the country in 1997, while the king of Bhutan visited Japan as a state guest in 2011.

In 2017, Princess Mako, the oldest sister of Prince Hisahito, paid an official visit to Bhutan. 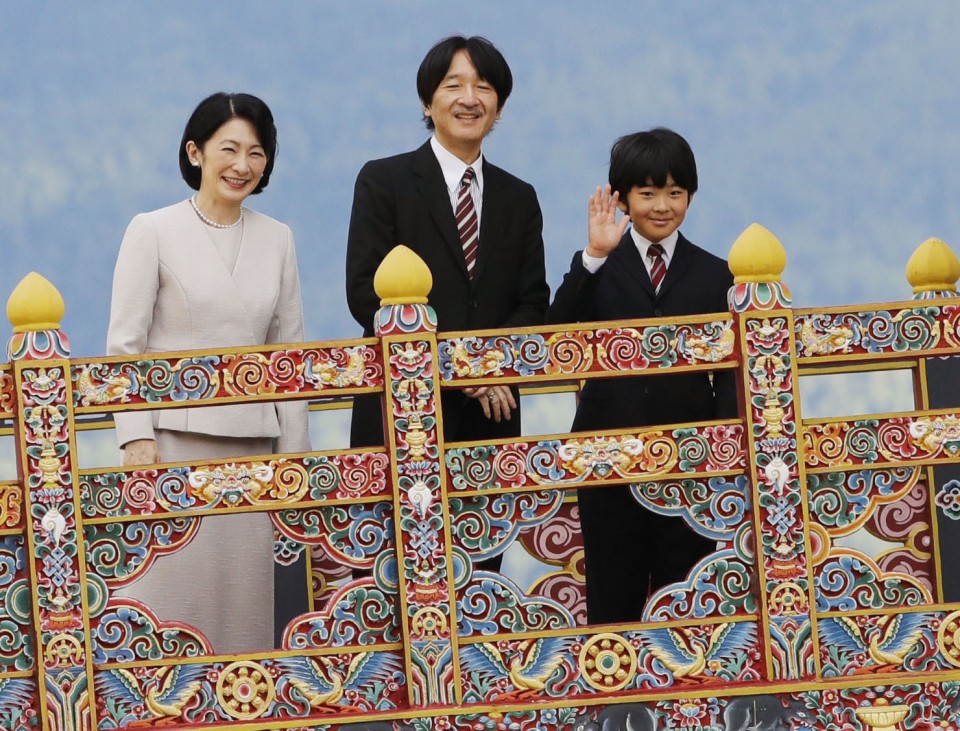 (Japanese Crown Prince Fumihito, Crown Princess Kiko and their 12-year-old son Prince Hisahito are pictured after visiting the National Museum of Bhutan in the western Bhutanese town of Paro on Aug. 17, 2019.) 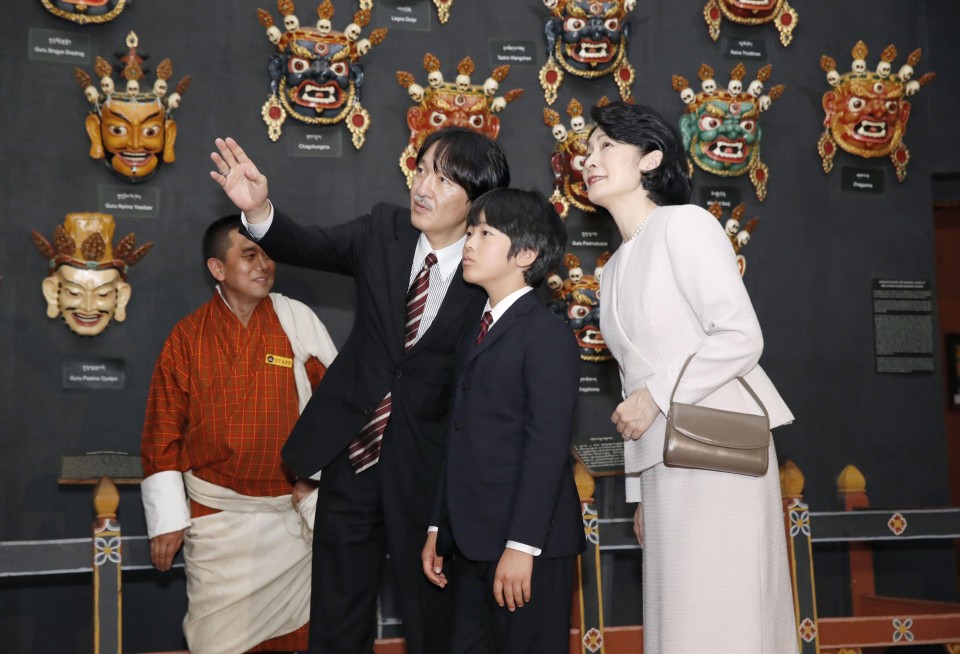