With body odor a particular concern for many during the hot summer season, a company in central Japan has come up with a detergent and soap that is customized to individuals, based on clues found on their clothing as to the causes of the smell.

Mikiya Uehara, 57, president of Benefit-ion based in the city of Fukui, seeks to help clients "properly understand and accept their own smell," while offering mental care to them.

"In Japan, where being clean and odorless is highly regarded, there is a tendency for young people, especially, to be overly concerned" about the smell of their body, he said.

Many people, who are so paralyzed by their fear of having an unpleasant body odor that they have become reclusive, turn to the company after dermatological and psychosomatic treatments have proved ineffective.

The company receives up to 40 consultations a month, mostly from women in their 20s to 30s, although inquiries from parents with children refusing to go to school are also increasing, Uehara said.

Although in most cases their body odor is not significant enough to attract attention, Uehara says that telling people who are self-conscious about the issue that it is "just their imagination" does not solve the problem. 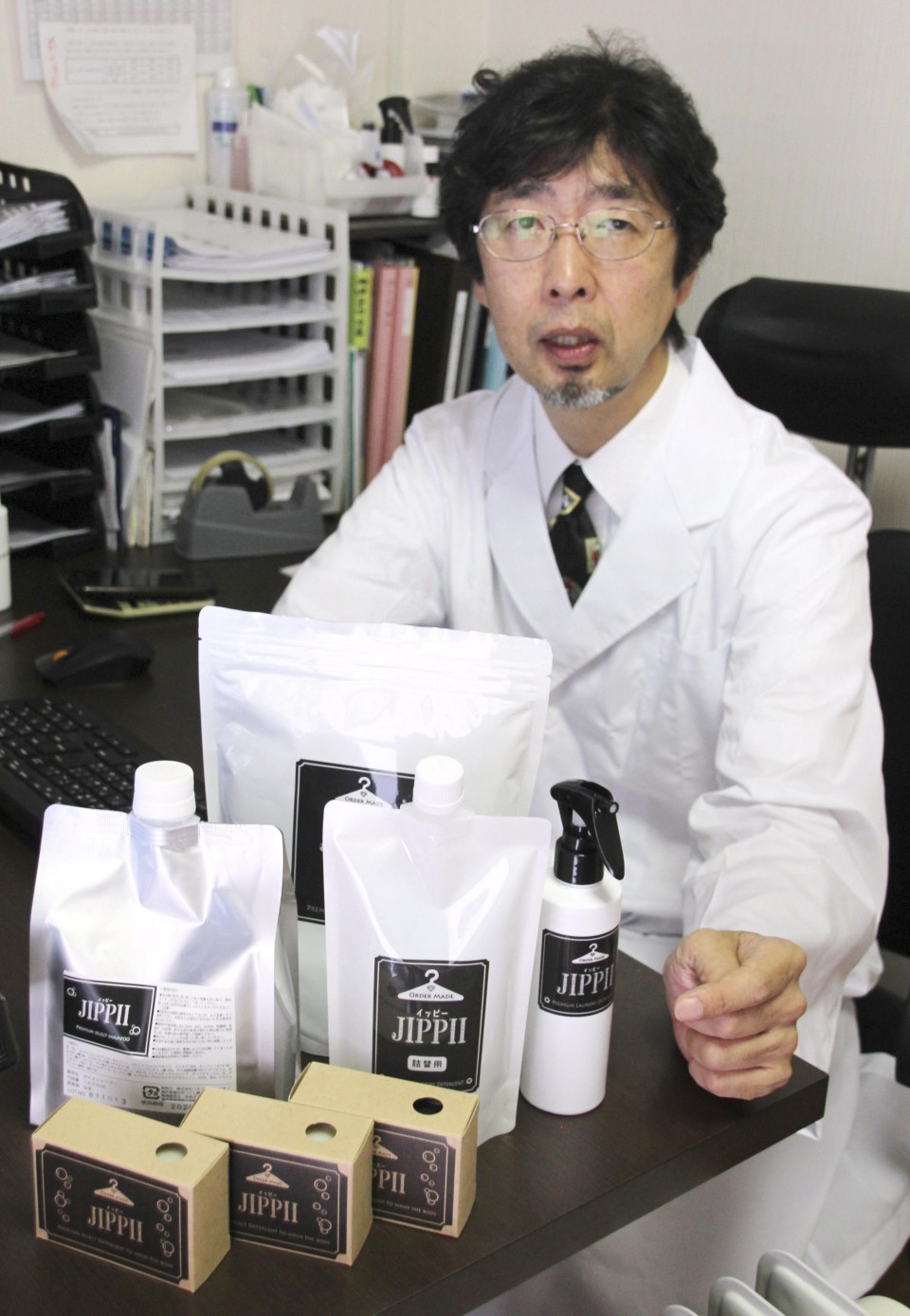 "The first step to improvement is to objectively identify the issue and provide specific solutions," he said.

For around 30 years, Uehara worked in the textiles and cleaning industry, primarily responsible for the removal of stains and smells from bridal wear.

Surprised that even a garment worn for a short time could become infused with various smells requiring chemicals to deodorize, he started his own company in August 2015, seeing a business opportunity for household detergents customized to individual body odors.

Uehara's company uses a gas chromatograph in an external research institute, an analytical instrument that measures the content of various components in a sample, to analyze T-shirts worn for 24 hours by their clients.

The analysis can determine what substances, out of around 300 causative agents such as ammonia and acetic acid, are found on the clothing and what smell they produce.

Based on the results, Uehara then recommends detergent and soap containing the necessary ingredients to suppress the odor for each individual. He also suggests improvements that can be made to lifestyle habits such as diet and exercise.

Communication from clients following the T-shirt analysis has included positive feedback such as "I was able to gain confidence and get a boyfriend," and "I was able to start a part-time job."

"There is no greater joy than seeing them become more positive individuals," Uehara said with a smile.