Japan and the United States have agreed to the broad outlines of a trade agreement, Japan's top trade negotiator Toshimitsu Motegi suggested Friday as the two countries work to seal a deal by the end of September. 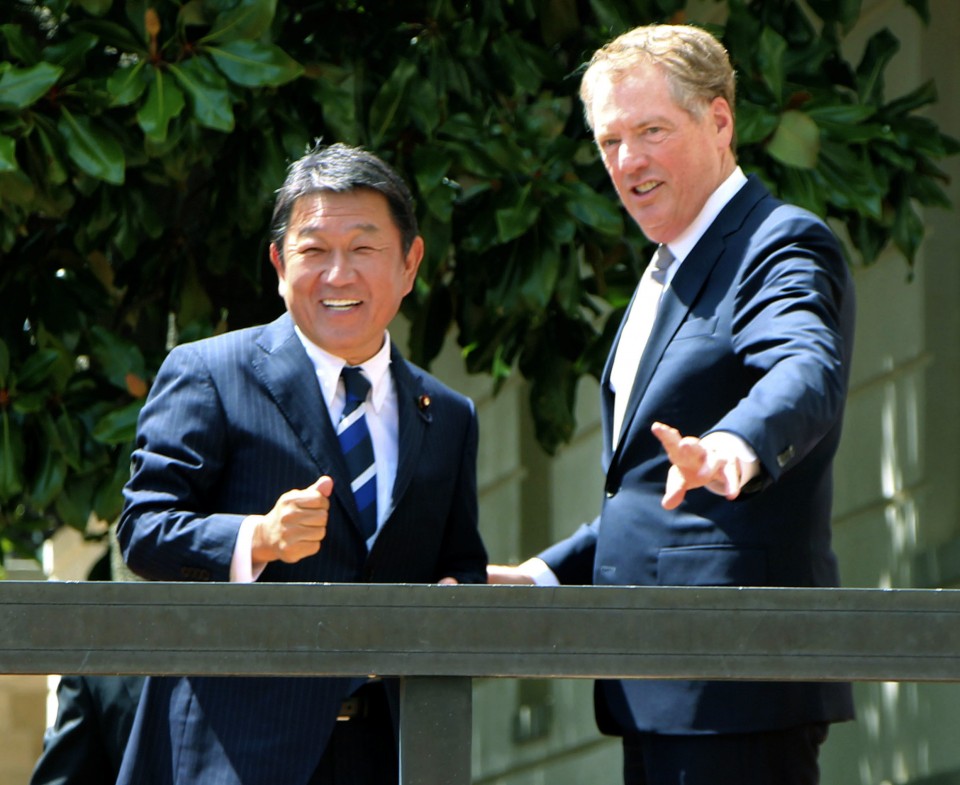 "These ministerial talks will probably be the last (toward a trade deal)," Motegi said.

The outcome of the latest round of negotiations will be endorsed by Japanese Prime Minister Shinzo Abe and U.S. President Donald Trump when they meet on the sidelines of a Group of Seven summit from Saturday in Paris.

Abe and Trump are then expected to announce that they plan to strike a final deal in September, according to sources familiar with the matter. Trump appears eager to claim a major trade victory to boost his 2020 re-election bid.

Motegi did not go into details of what was discussed during the negotiations.

But he suggested that the two countries have agreed, based on a joint statement released in September last year, that farm tariff cuts should not exceed the levels Japan has agreed to elsewhere, such as in the revised Trans-Pacific Partnership free trade pact, an 11-nation deal that entered into force in late 2018.

The United States was among the TPP members, which also includes countries like Australia and Canada, but pulled out of the pact in 2017, with Trump saying he preferred to forge bilateral trade deals.

Under the revised TPP, formally known as the Comprehensive and Progressive Agreement for Trans-Pacific Partnership, Japan's 38.5 percent tariff on beef imports will be lowered in stages to 9 percent over 16 years.

Japan, meanwhile, has aimed to eliminate U.S. tariffs on autos and auto parts during the trade talks. But the request is unlikely to be reflected in the upcoming deal, according to the sources.

Motegi asserted that he had been able to stick to his position of protecting Japan's farm sector in line with "national interests."