The Hamarikyu Oedo Cultural Arts Festival is sending off the summer in Tokyo in some style over the weekend with a colorful celebration of traditional Edo-era arts and popular culture.

With renowned fashion designer Junko Koshino taking on production duties for the Hamarikyu Oedo Cultural Arts Festival 2019 (浜離宮大江戸文化芸術祭2019), center stage -- in Bon Odori-dance style but which wouldn’t look out of place at a rock concert -- for the festival was set on Friday evening in the grounds of Hamarikyu Gardens in Tokyo’s Chuo Ward.

The contrast of Edo-era gardens and a backdrop of looming modern skyscrapers sets an appropriate tone for the event which is scheduled to deliver a hybrid of the old and the new through Sunday evening, most notably in the form of Japan’s traditional summer Bon Odori dance performed to the beats of the modern DJ.

Another festival highlight for many will likely be the sight of Koshino-designed "Edo pop" costumes and traditional yukata, some of the latter of which festival goers will be able to try on at a special booth at the festival site.

As dusk set in on the opening evening festivities kicked off on center stage with a thumping performance of wadaiko, or taiko, drumming from select members of celebrated Japanese musician Eitetsu Hayashi’s drum collective, Eitetsu Fuun no Kai.

This was followed by a Bon Odori dance set to sounds which would have been on more familiar territory at a student union disco.  In typical fashion though, hesitant observers were encouraged to join in, although there were some needed little encouragement.

Koshino herself was present for the opening ceremony which narrowly managed to avoid the afternoon’s downpour of rain.  The designer appeared on stage alongside Tokyo Governor Yuriko Koike, both wearing yukata designed by Koshino herself which drew warm sounds of approval from the crowd. 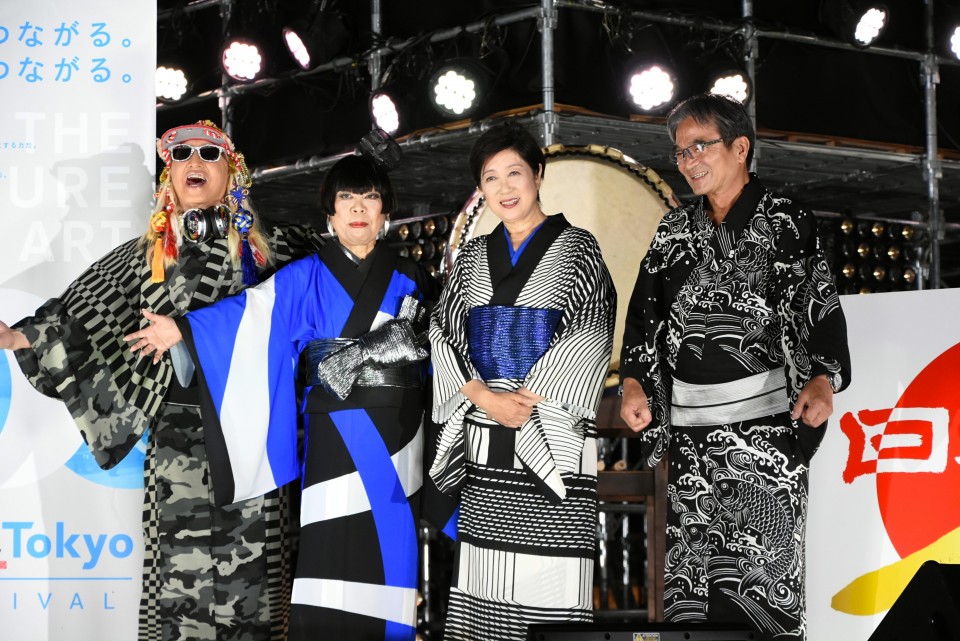 "In the Edo Era ‘omotenashi’ referred to achieving something which you hadn’t thought possible.  So, in this way, we wanted to try to do something like this, in a place like this, even though we might not have thought it possible.  And now I want to enjoy it together with all of you," said Koshino, referencing the term ‘omotenashi’ which these days refers to a kind of unique Japanese hospitality.

"It’s amazing.  The rain has stopped. Yuriko magic and Junko magic have come together," joked Tokyo Gov. Koike for whom this weekend’s event is part of the Tokyo Metropolitan Government initiative, "Tokyo Tokyo Festival" which aims to spread the appeals of the capital’s art and culture in the run up to the Tokyo 2020 Games.

"It’s not just a celebration of sports," continued Koike.  "The Tokyo Games in an opportunity for us to spread more and more of Tokyo’s Edo-period history, arts, and culture." 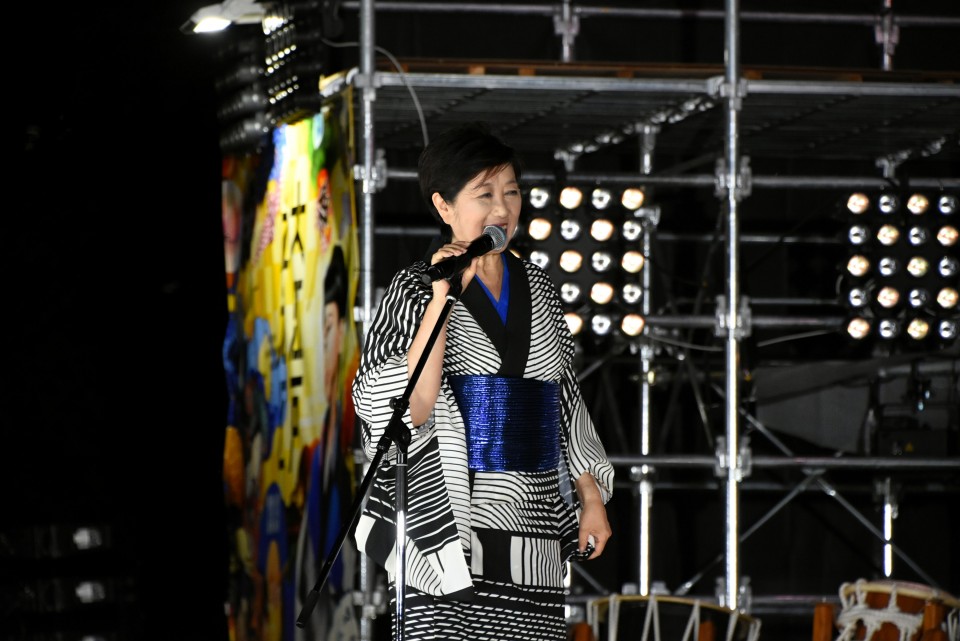 The pair were later joined on stage by DJ Koo, who after Friday’s opening ceremony performed a set for the crowds.

The lead member of Japanese pop band TRF was in familiar territory on the Hamarikyu stage having been active in trying to widen the appeal of Bon Odori dance by fusing it with modern music.  DJ Koo is also part of festival-entertainment unit “Ukoon” which aims to spread the culture of Japanese traditional performing arts. 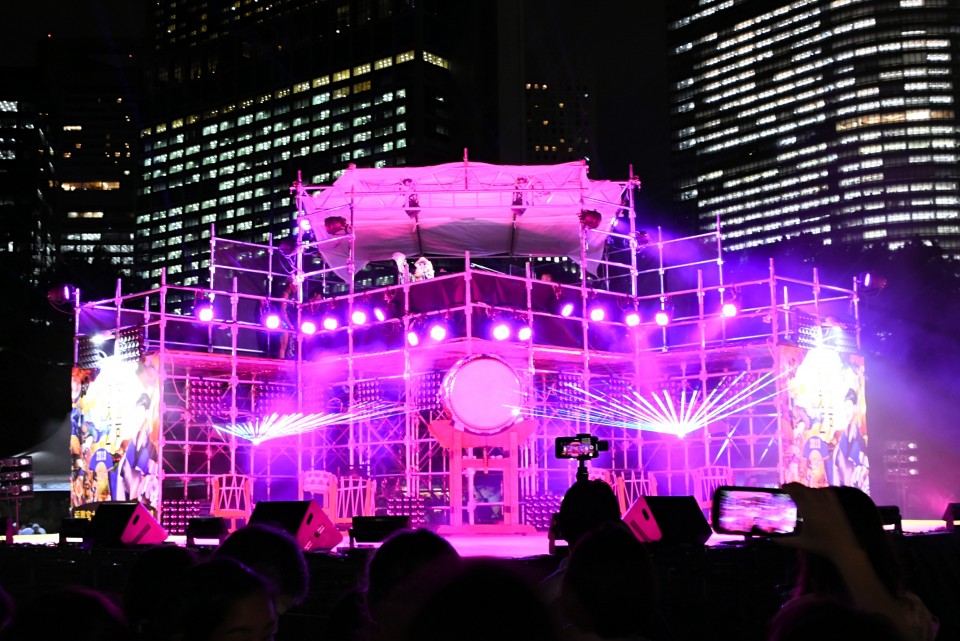 As well as a modern take on Japan’s traditional summer dance and yukata, Hamarikyu Oedo Cultural Arts Festival 2019 includes demonstrations of martial arts, an area where festival goers can try their hand at traditional Edo-era games, tea ceremony, and cruises to Odaiba and Asakusa with on-board entertainment in the form of traditional “Rakugo” storytelling.

Hamarikyu Oedo Cultural Arts Festival 2019 (浜離宮大江戸文化芸術祭2019) runs over the weekend through Sunday August 25 between the hours of 11:00 - 21:00.  General admission is 300 yen. Visitors wearing yukata can enter free of charge.

For more images from the festival visit www.city-cost.com