The violence followed a suspension of subway services at stations near the district in Kowloon in anticipation of the day's mass demonstrations, an action slammed by critics as not only causing inconveniences to residents but also deliberately suppressing the protests.

"Fight for freedom, save Hong Kong," thousands of demonstrators shouted as they marched along a police-authorized route toward Kowloon Bay.

In addition to the "five demands" related to the protests against a now-suspended bill that would have allowed fugitive transfers to mainland China, protesters are also calling for the removal of camera-fitted lampposts, citing privacy concerns.

"Kwun Tong is the first area that the government is installing these surveillance cameras. With these cameras, they can practice facial recognition and even monitor our body temperatures," said a schoolteacher in her 30s who only gave her first name Rita. 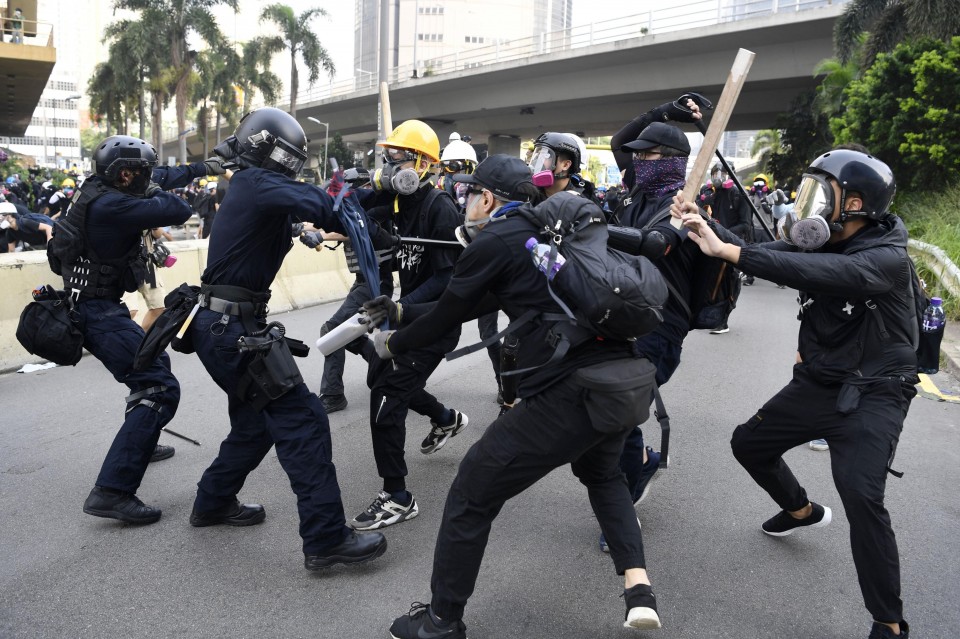 So far, 50 out of 400 of the planned lampposts have been installed as part of the government's drive to foster smart city development.

Government officials have brushed aside public fears, insisting that the smart lampposts do not have any facial recognition function. "Raw data collected by smart lampposts will be deleted after analysis," Secretary for Innovation and Technology Nicholas Yang said during a press conference Friday.

But that did not stop protesters from taking down a lamppost in Saturday's protest.

Police officers outside Ngau Tau Kok police station fired tear gas into the crowd after protesters began throwing bricks, bamboo sticks and petrol bombs at them. Some continued to fight as officers moved to clear the protesters from outside the station. 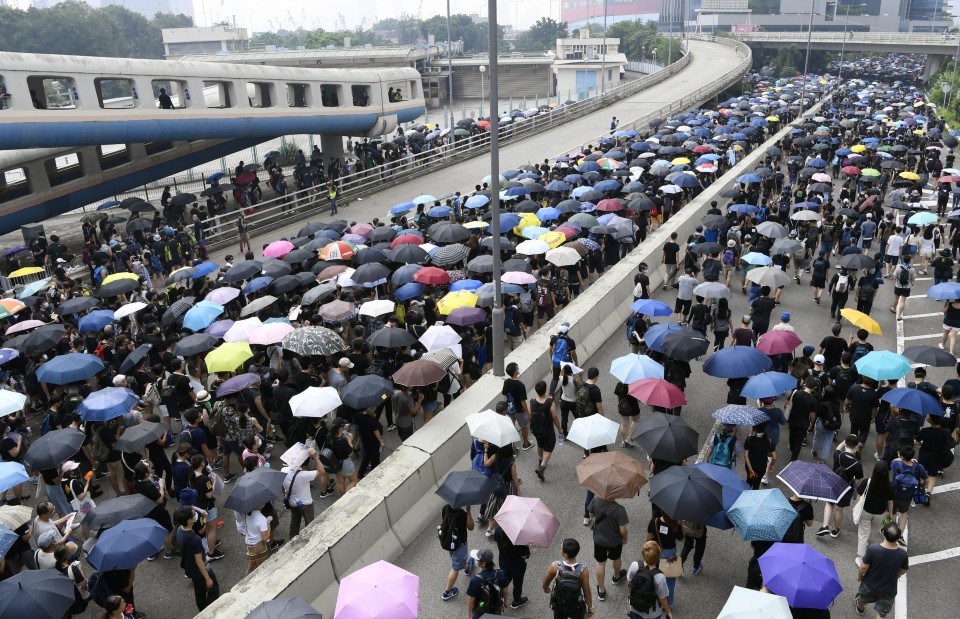 Millions of people have taken to the streets of Hong Kong since June in protest against the controversial bill in what has become the territory's worst-ever political crisis.

Facing widespread popular opposition, Chief Executive Carrie Lam, Hong Kong's leader, moved to suspend the bill's legislative process and later declared it "dead" in a bid to quell public anger. Unsatisfied, activists have sworn to march on until all five of their demands are met.

The protesters' five demands include the bill's complete withdrawal, Lam's resignation, universal suffrage for the chief executive and Legislative Council elections, an independent inquiry into alleged police violence against protesters and the granting of pardons for all protesters arrested so far.