Attendees of Comic Market, Japan's largest self-published comic fair, showed support for the arson-hit Kyoto Animation Co. on Friday in Tokyo, with funds raised for the studio through sales of exhibitors' creations.

The organizers of the fair known as Comiket, which opened Friday and runs through Monday, offered condolences to family and friends of the 35 victims of the July 18 arson attack.

Organizers said in a statement, "The important thing is to remember the series of timeless works (by Kyoto Animation), keep watching and talking about them."

Well-known illustrator Shikidoji was selling sets of bookmarks in support of the studio, affectionately known as KyoAni, and said she will donate all proceeds from the fair.

Shikidoji worked on the illustrations of the novel "Full Metal Panic!" which was adapted into a film by Kyoto Animation, and she also personally knew its director Yasuhiro Takemoto, who was among the victims. 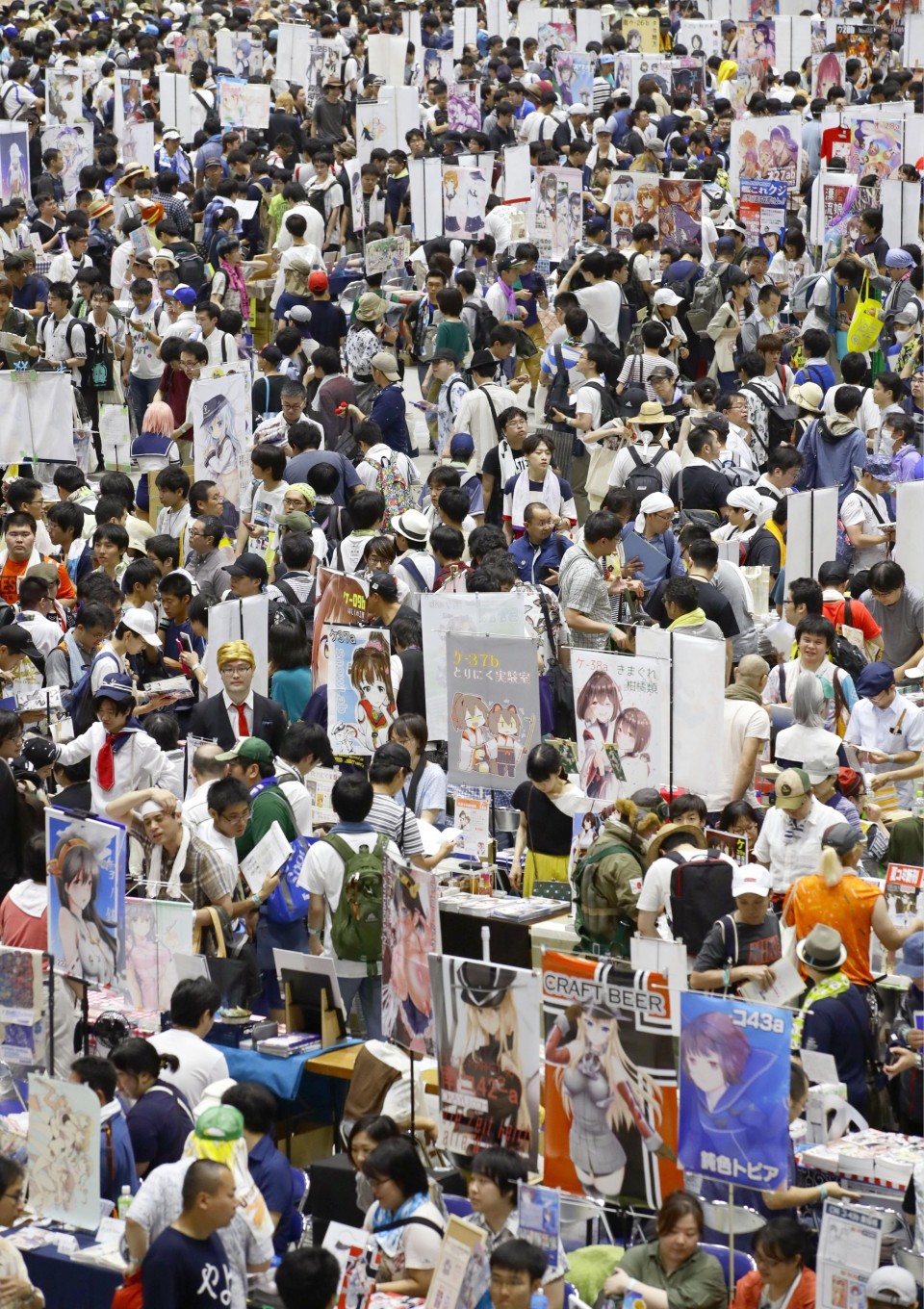 (The Tokyo Big Sight convention center in Tokyo is crowded with people on the opening day of the Comic Market.)

"He was a cheerful person, always wearing a smile. I wanted to do what I can to support," she said.

The fire started after Shinji Aoba, 41, allegedly lit gasoline he had splashed around the ground floor of the three-story studio in Kyoto's Fushimi Ward.

Aoba has been hospitalized for treatment of the severe burns he sustained in the fire and police will place him under arrest once he recovers.

At the fair, some manga artists also created illustration booklets featuring characters from Kyoto Animation works with the aim of donating profits to help the studio.

"It's not easy to just tell them to hang in there, but I wanted to make a tiny contribution. I wanted to show my feelings," said one of the participating artists.

Separately, the Museum of Kyoto is holding an exhibition displaying 15 anime posters by Kyoto Animation, including one on "Sound! Euphonium." 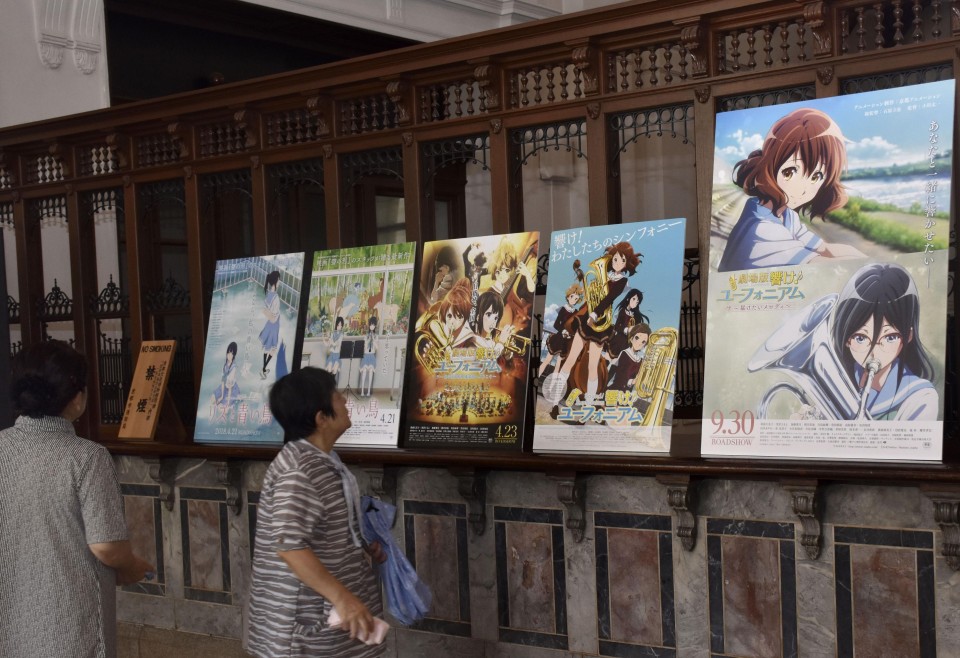 (The Museum of Kyoto exhibits 15 anime posters by Kyoto Animation.)

The free exhibition will be held through the end of this month, and whether it will continue beyond that is yet to be decided, the museum said.

In the past, the museum has collaborated with Kyoto Animation on identifying locations that were then used in its works.

"The posters are depicting details carefully. I watched a KyoAni piece after the incident, and it's unbelievable that the lives of such talented people were lost," said Ryota Higashi, an 18-year-old university student from Nara.