South Korea on Friday formally informed Japan of its decision to scrap a bilateral military intelligence-sharing pact amid an intensifying spat between the two neighbors, according to diplomatic sources.

Japanese Ambassador Yasumasa Nagamine was summoned to the South Korean Foreign Ministry in the afternoon, where he presumably was told of the government's announcement the previous day to exit the General Security of Military Information Agreement, or GSOMIA.

Also Friday, Kim Hyun Jong, second vice chief of the National Security Office, told a press briefing that there is almost no chance of the administration revisiting the decision. 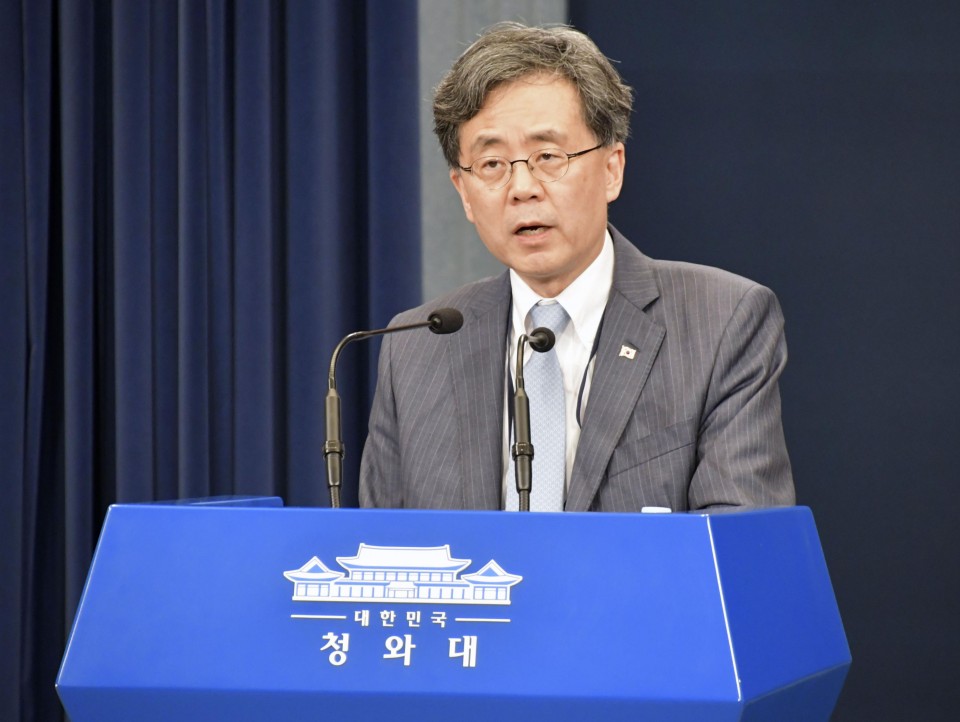 Kim disclosed that the United States had hoped Seoul would extend the pact, which has allowed the U.S. allies to share sensitive information on missile threats from North Korea.

He added that it is "only natural" for Washington to be disappointed at the withdrawal.

The termination of the pact is the latest twist in a deepening diplomatic row between Tokyo and Seoul that began over wartime history and broadened to include trade affairs.

Signed in November 2016, the pact was facing a deadline on Saturday for either side to give written notification of their intent to pull out. Without such notification, it would have been automatically extended for another year.