Often described as "The Rolls Royce of chalk," Hagoromo once faced extinction in 2015, but the brand managed to survive and continue its history after a former cram school teacher in South Korea took over the business, importing the manufacturing know-how and equipment from Japan.

In a factory located in Pocheon, a city that is about 50 kilometers away from Seoul, 15 employees now work tirelessly to produce the chalk with "Hagoromo" printed on the side of each piece.

"Orders from China are so large that our deliveries are getting delayed, and it's not like we can upgrade the machines to produce more as they're the exact machines that were brought over from Japan," said Shin Hyeong Seok, the CEO of Sejongmall Co., which is now the sole producer of Hagoromo. 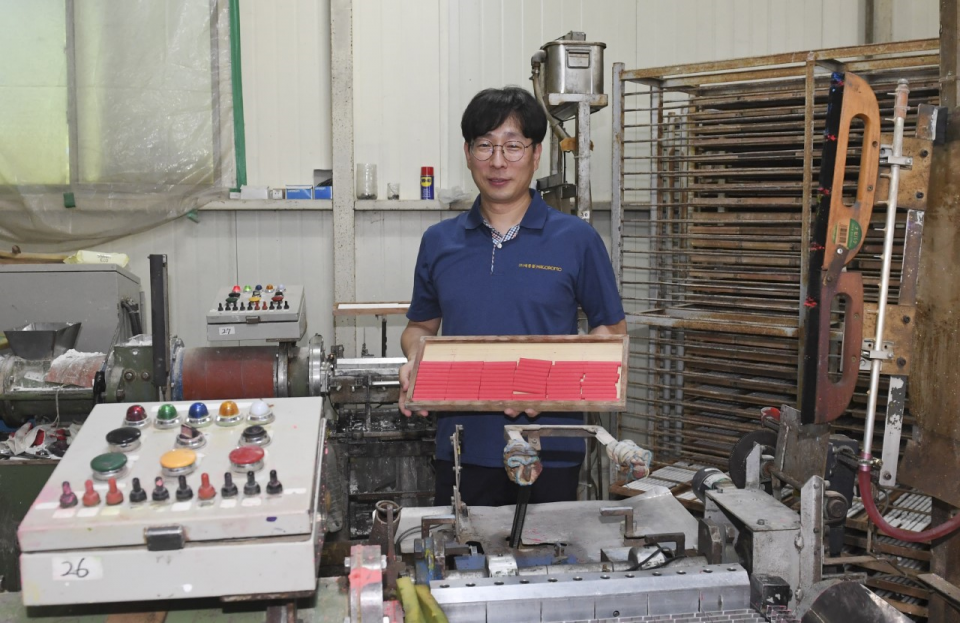 Orders from countries all over the world skyrocketed after a video clip, titled "Chalk of Champions," was posted on YouTube with several mathematics professors praising how perfect Hagoromo chalk is -- one even going so far as to say that its special ingredient must be "angel tears."

Since being posted on May 2, the clip has garnered almost 10 million views.

Indeed, teachers around the world love the brand as the chalk writes smoothly without having to press hard on the blackboard, is clearly visible, erases well, does not leave dusty residue on the hands and holds up through lectures without breaking.

Even in an age when whiteboards and computers are ubiquitous in classrooms, Hagoromo chalk has seen its popularity grow thanks to the huge market in the internet lecturing field in South Korea. The chalk grabs students' attention with its various crisp, fluorescent colors, Shin explained.

Founded originally as Nihon Chalk Seizosho (Japan Chalk Factory) in 1932 in Nagoya, Hagoromo Bungu (Hagoromo Stationery) had been in the same family for three generations when Takayasu Watanabe, grandson of the founder, decided in 2014 to close the business due to poor health and also the absence of a successor.

Shin, who had forged a relationship of trust and confidence with Watanabe for more than 10 years, said he offered to take over the business since he had always been over the moon about the premium chalk, which he used while working as a cram school teacher.

"But it was very, very, difficult to get things started at the beginning," the 49-year-old said in recalling those early days.

To bring all the machines he needed from Nagoya, 16 shipping containers had to be used. Importing and reinstalling them in the right way cost him nearly 10 billion won ($851,063). 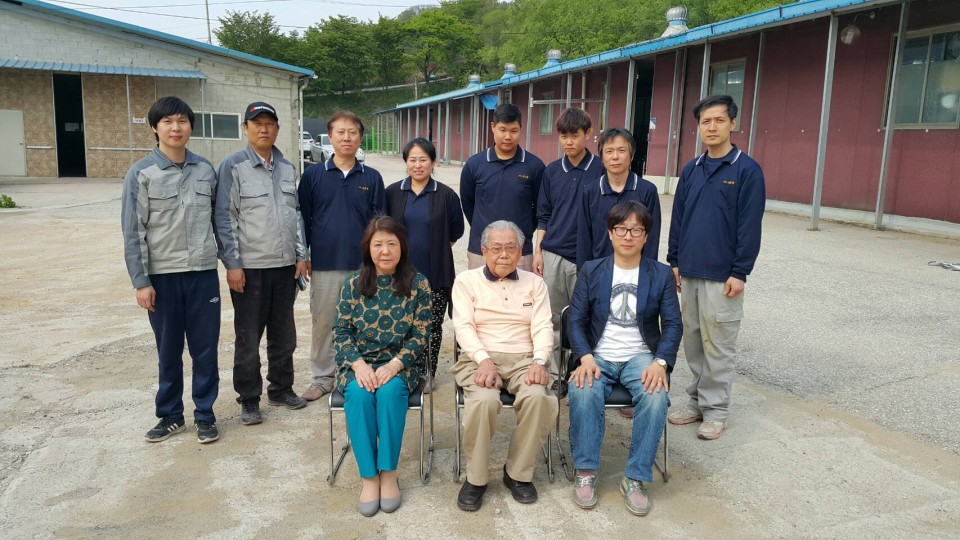 For example, due to the difference in voltage, which is 100 volts in Japan and 220 volts in South Korea, he had to rework the entire electricity system in order to power the machines.

"If I were to go back (in time) I don't think I'd make such a choice," said Shin as he laughed.

Another problem that emerged was the cost of producing the high-end chalk. Compared with ordinary chalk produced in South Korea, it was three times to five times more expensive.

Shin, however, chose to highlight the quality of Hagoromo, instead of changing the materials that go into chalk-making to bring the price down. Hagoromo chalk contains grinded oyster shells, among various other ingredients, said Shin.

Shin sent samples to nearby schools with the description "the best weapon that a teacher can take into classes," and as a result of his hard work, the company posted sales of nearly 10 billion won last year. It expects to post record sales this year.

Given his meaningful relationship with Japan, Shin expressed deep concerns over the current state of bilateral ties, which have recently sunk to their lowest level since they were normalized in 1965, amid disputes stemming from Japan's 1910-1945 colonial rule of the Korean Peninsula.

"I understand that there are historical problems that the two countries share," Shin said, stressing the need to overcome them by building trust through interaction, just like he did with Watanabe. 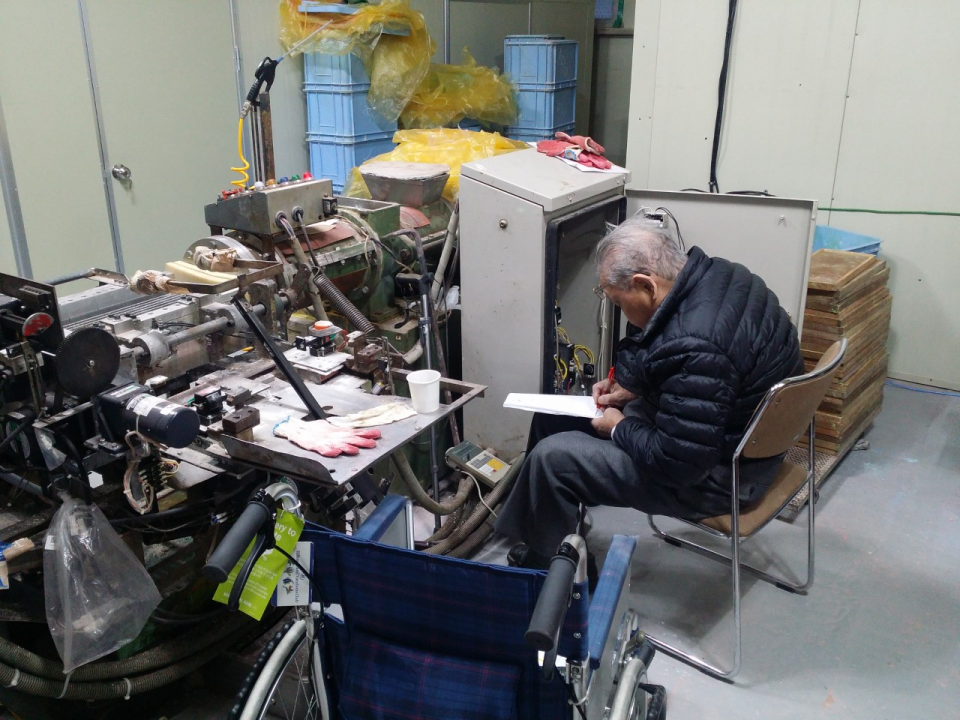 (Watanabe checking the machine during his visit to South Korea in November 2015.)[Photo courtesy of Shin Hyung Seok]

"Politics is politics, but other things have to go on. I think Mr. Shin is doing that job (for Hagoromo chalk)," Watanabe, 75, said in a phone call with Kyodo News.

Shin said he clearly remembers the day when he saw a comment on the internet on a story that had a picture of Watanabe checking a chalk-making machine carefully when he visited Seoul in 2015.

He said he felt so touched when he saw comments that said the story involving him and Watanabe should be made into a movie so that more people could learn of it.

"I will put my best effort possible into making chalk and continuing the business so that Watanabe-san could feel proud," said Shin as he went back to a machine churning out just-made chalk.