With less than a month until the start of the Rugby World Cup, the 12 cities across Japan that will host matches are gearing up to welcome the thousands of overseas visitors who will arrive in the country for the 44-day tournament.

Organizers estimate the tournament will draw over 500,000 overseas visitors who will generate an economic impact of more than 100 billion yen ($937 million).

In addition to rugby-related enterprises, restaurants and entertainment attractions are also expected to benefit from the influx of foreign cash.

In the southwestern main island of Kyushu, where 10 of the 48 matches will be played, regional tourism agencies have organized a special event to attract and entertain overseas fans in between matches.

The event, which will showcase famous festivals from all seven prefectures in the region plus Yamaguchi and Okinawa prefectures, will be held in the city of Kumamoto on the weekend of Sept. 28-29.

Event organizers say they have received a flood of inquiries from overseas travel agencies regarding traditional events including the colorful "Karatsu Kunchi" festival in Saga Prefecture. Spots in planned in-destination local tours, such as sake tasting, are also filling up rapidly. 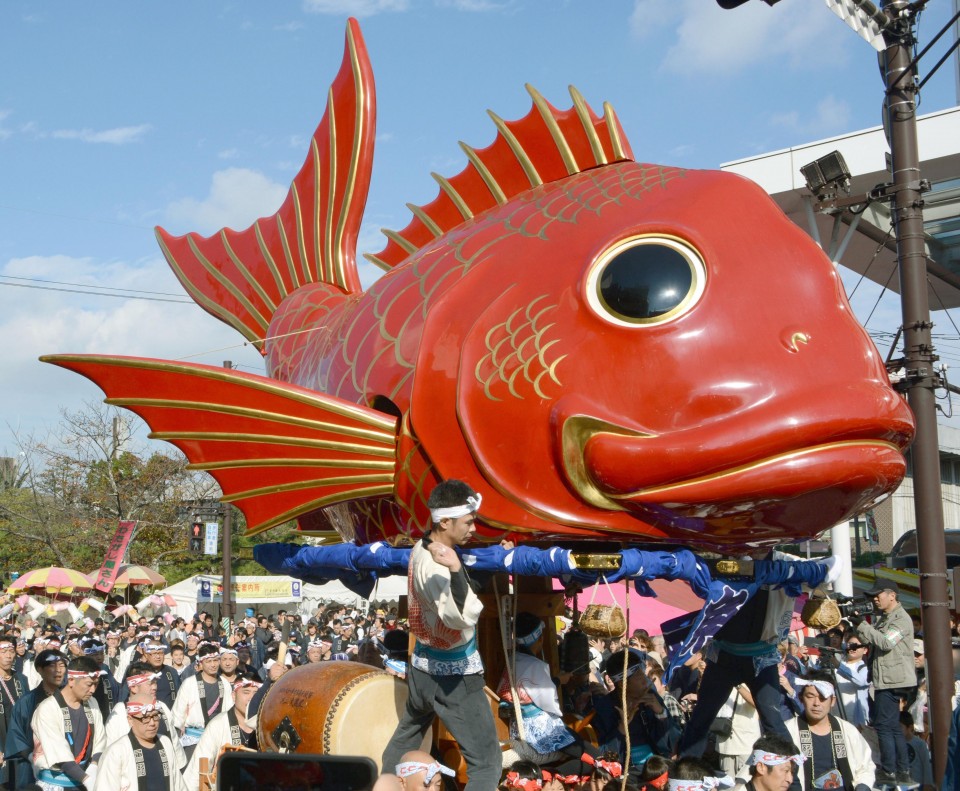 "I am sure there are many people who want to fully experience Japanese culture, since they have come from so far away. We want to dig into tourists' demands, while also promoting our recovery following the Kumamoto earthquake," said Yasunobu Yamada, deputy director of the Kyushu Tourism Promotion Organization.

In Higashiosaka, Osaka Prefecture, home of the Hanazono Rugby Stadium, the city government is working with local businesses and other organizations to design cultural experience tours around the area.

Participants can choose from over 50 different offerings, including meditation under a waterfall at the base of Mt. Ikoma, ramen tours and ninja experiences at traditional houses.

The city is also promoting the tours by engaging American YouTube influencers who post videos of sightseeing spots.

"Through hands-on experiences, we hope to fully utilize this opportunity to show the best of Higashiosaka," said Yasuhiro Nishida, chief of the Higashiosaka Tourism Agency, which organized the tours.

Meanwhile, the Tokyo-based Japan Campingcar Rental Center has been inundated with inquiries from rugby powerhouse countries like New Zealand. 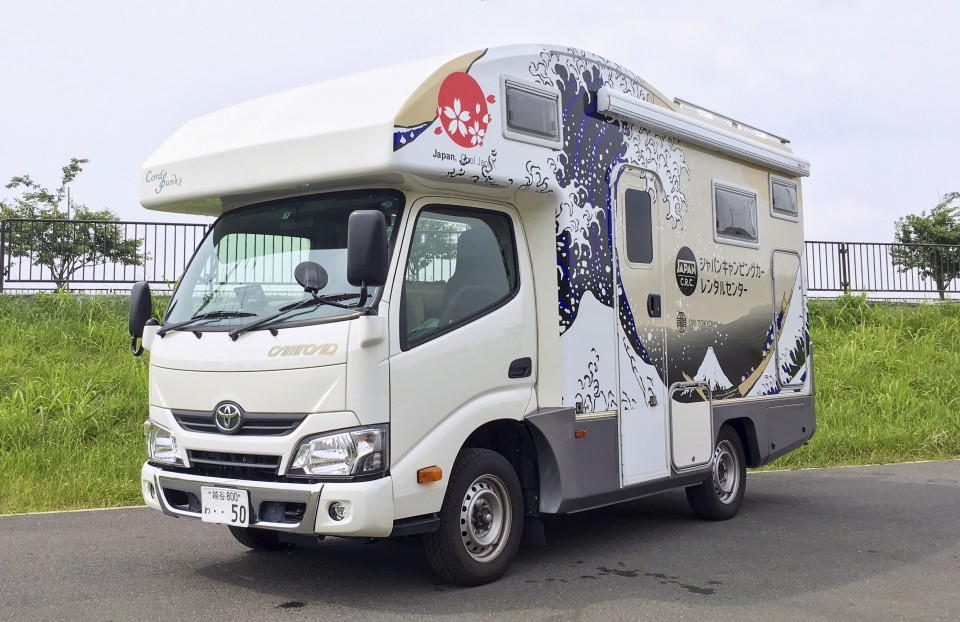 For the period, the company has received double its normal number of bookings from foreigners, and of all reservations it has taken, 40 percent are from visiting Rugby World Cup fans.

Despite setting the price to rent a van at around 40,000 yen per day, a two to three-fold increase from its normal rate, bookings for longer periods from one week to one month are still common, the rental center said.

"I hear that it is difficult to carry around luggage since match venues are scattered (across Japan) and the event runs for a long period. We met the needs of people wanting to get around easily to the venues," a staff member in charge of rental vehicle center said.

To simplify communication with foreign customers, the rental company has increased its English-speaking staff while decorating the exterior of some vehicles with ukiyo-e art to attract more name recognition.