In the U.S. ride-hailing giant's first delivery tie-up with a Japanese convenience store operator, Uber Eats will take orders for around 100 items at Lawson including cooked meals, lunchboxes and salads as well as daily necessities such as tissue paper.

While Uber hopes to expand its services by meeting the demand of customers who want to order food and other items together, Lawson expects delivery demand, especially on rainy and hot days, to help make up for falls in sales due to fewer store visitors on such days, the companies said. 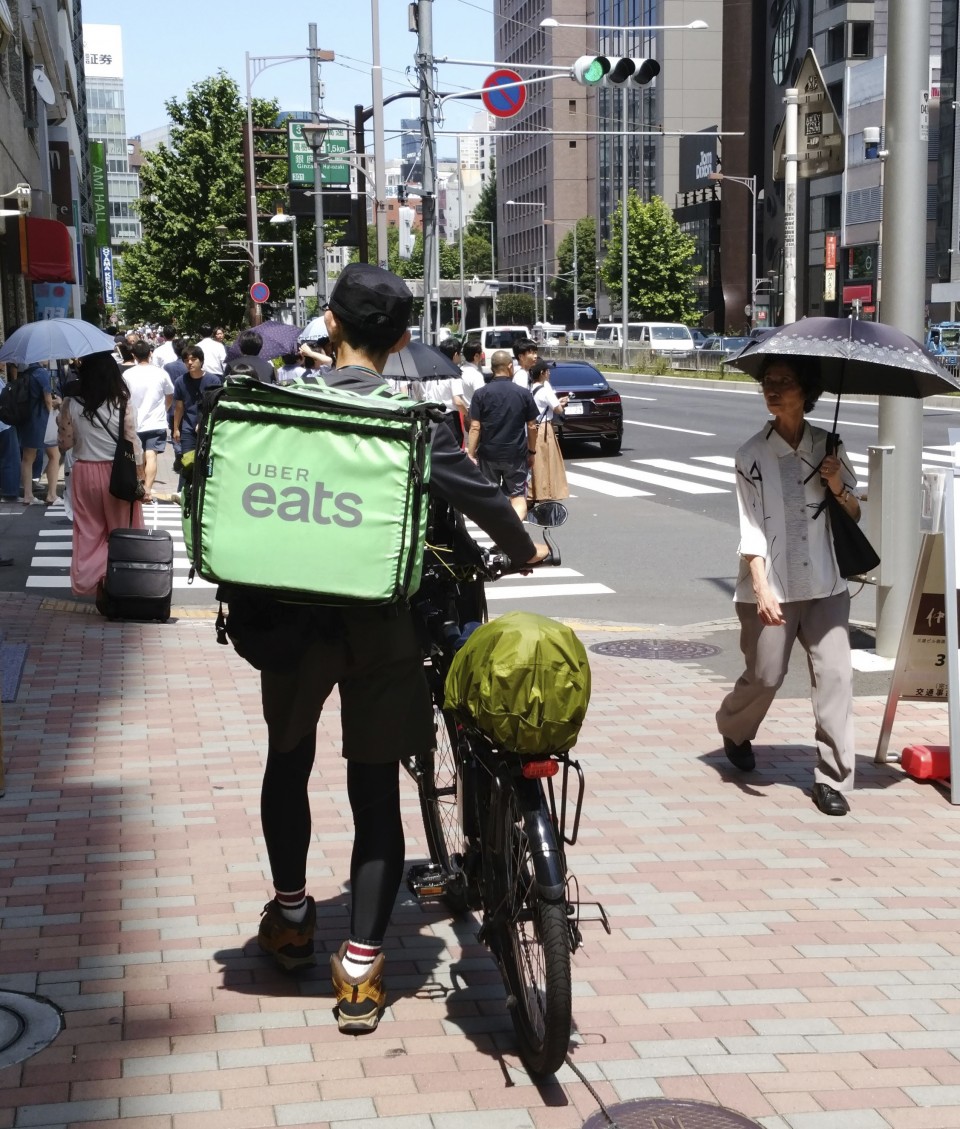 Over 3 mil. freelancers in Japan amid rise of flexible working styles

Lawson will initially offer the service at four of its stores in Tokyo and at 13 stores by the end of September. The trial will run from Thursday through Nov. 30.

The Uber Eats service, in which meals from participating restaurants are delivered by couriers using bicycles and motorcycles, is the ride-hailing firm's fast-growing segment, with its revenue jumping 72 percent from a year earlier to $595 million in the April to June quarter.