At least seven people have died due to heat-related causes in Japan since Friday, including an infant who was left unattended in a parked car for hours, local officials and police said Saturday, as a heat wave, with temperatures climbing as high as 38 C, gripped wide areas of the country.

In the central Japan city of Toyama, 11-month-old Kokomi Nobata was pronounced dead at a local hospital on Friday after her mother left her strapped in a child seat in the back of her vehicle for about four hours.

Police arrested the 25-year-old mother Suzu Nobata who told them she had used a proxy driving service to return home after drinking at a restaurant earlier.

The police believe the mother came home around 5:20 a.m. Friday and did not realize she had left her daughter in the car until around 9:30 a.m. The temperature had risen to nearly 32 C in Toyama around that time, according to a local weather observatory. 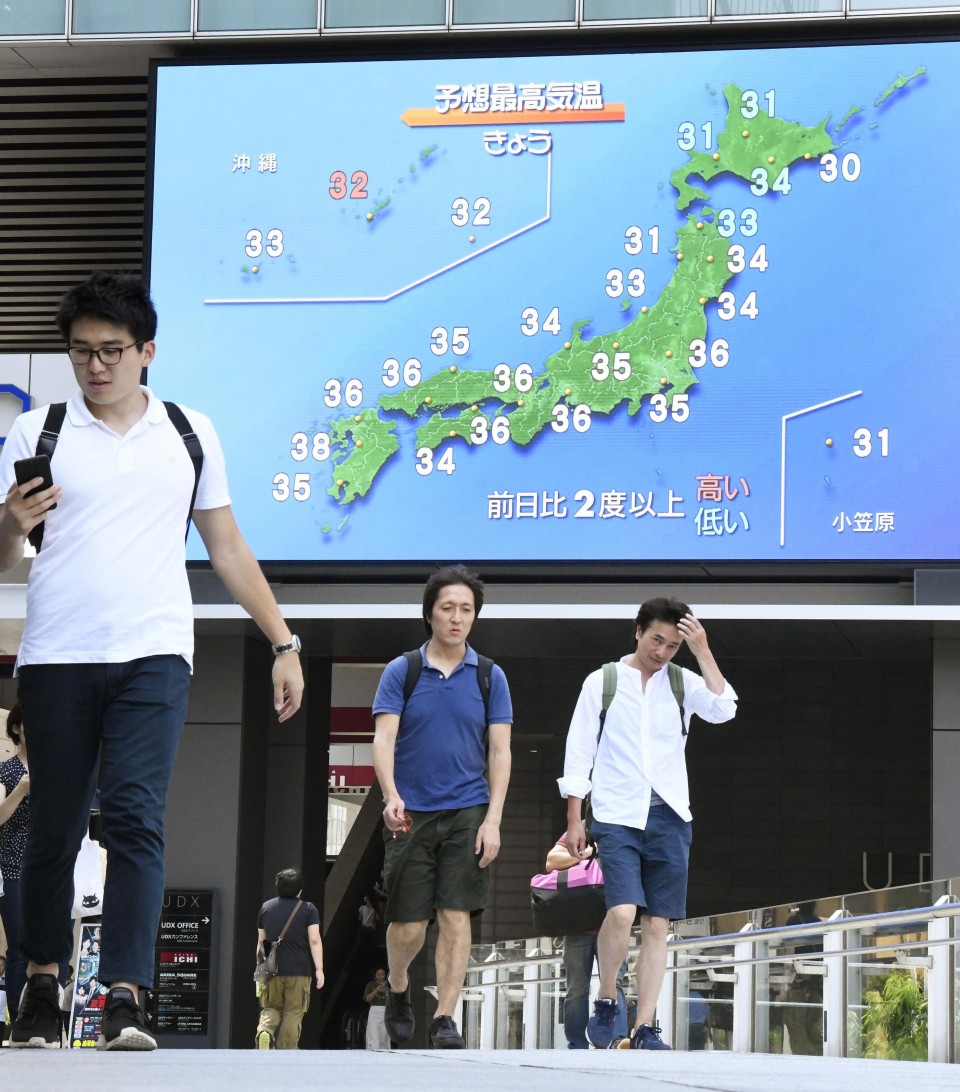 In Ageo, north of Tokyo, a man in his 60s was found collapsed in front of his house Friday afternoon, local officials said Saturday. He is believed to have died after succumbing to the heat, they said.

In Miyagi Prefecture early Saturday, a woman in her 80s was taken to the hospital, where she was confirmed dead, after a family member made an emergency call, according to responders. The hospital concluded her death was heat-related, they said.

Four others, including an 83-year-old woman and a man in his 90s in Nagasaki and Tochigi prefectures, respectively, were also found dead in the extreme heat, according to local officials.

The central government has said nearly a dozen people died last week due to heat-related medical issues as temperatures rose sharply following the end of the rainy season in most areas.