The organizing committee of the Rugby World Cup in Japan is considering having the Air Self-Defense Force's Blue Impulse aerobatics corps perform on the opening day of the sport's showpiece event, sources close to the matter said Monday.

As the flight crew performed at both the Tokyo Olympics in 1964 and the 2002 soccer World Cup, the organizers hope to showcase the quadrennial rugby tournament as one of the largest sporting events Japan has ever hosted. 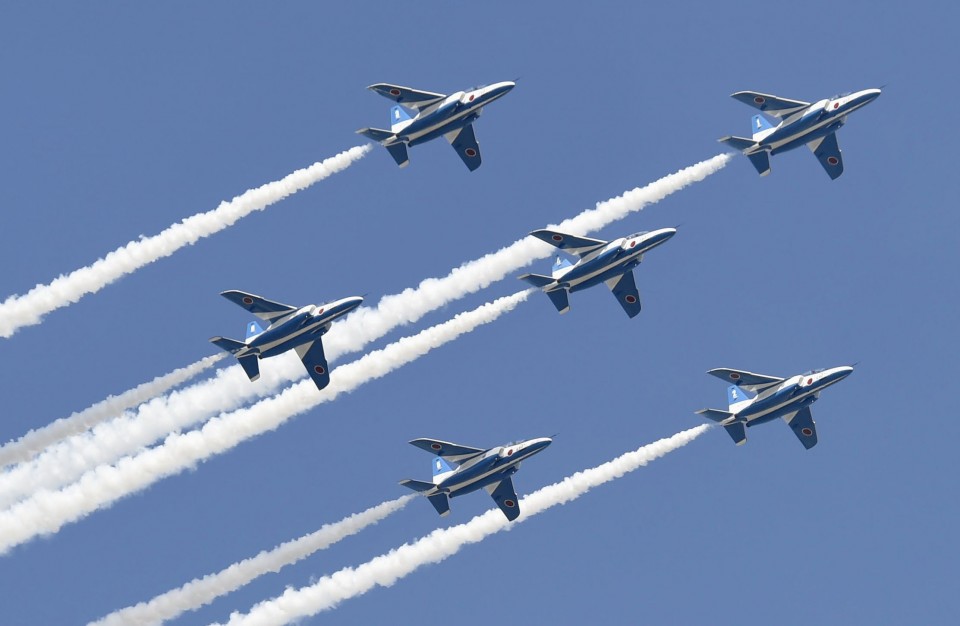 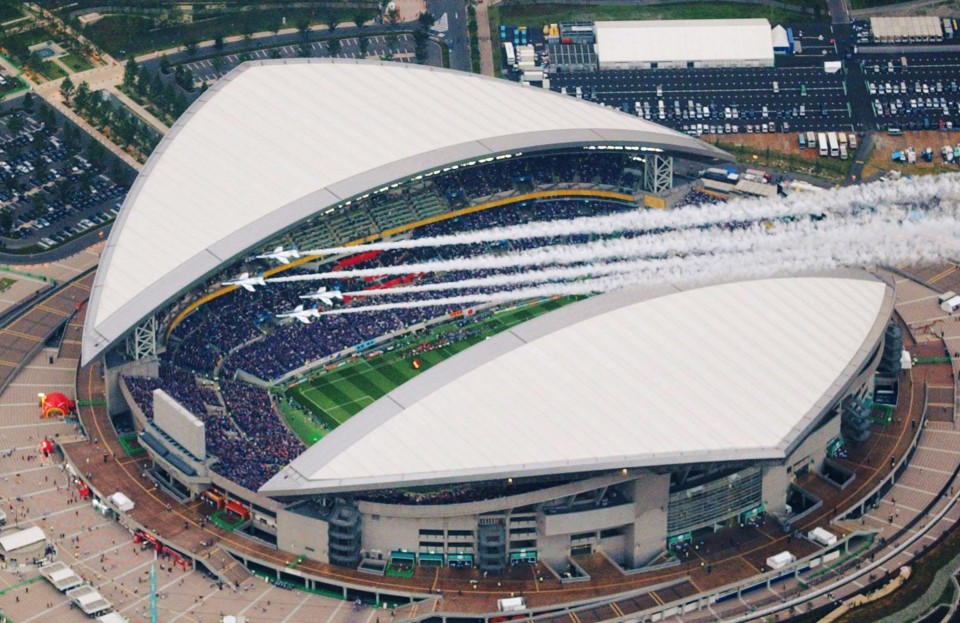 According to the sources, the local organizers are discussing the possibility with the Defense Ministry and other parties concerned of having the Blue Impulse conduct demonstrations over Tokyo Stadium (Ajinomoto Stadium) ahead of the opening ceremony on Sept. 20.

They are also considering having the team fly over the newly built Kamaishi Recovery Memorial Stadium, which was constructed on ground devastated by the 2011 earthquake and tsunami disaster.

The Blue Impulse is widely known in Japan for performing at the opening ceremony of the 1964 Tokyo Olympics, drawing the five Olympic rings with colored smoke. The team also conducted demonstrations during the soccer World Cup in 2002, when Japan co-hosted the tournament with South Korea.

The Rugby World Cup will feature 20 teams playing 48 matches in 12 venues stretching across the Japanese archipelago, from Sapporo on the northern main island of Hokkaido to Kumamoto on the southwestern main island of Kyushu.