Kosovo President Hashim Thaci has expressed a desire to reduce tensions with Serbia, saying that dialogue between the two as "sovereign independent countries" is "indispensable."

The two countries have a responsibility to normalize ties, which is seen as crucial if both want to join the European Union, and that they needed to create "conducive conditions" for dialogue, Thaci said in an interview with Kyodo News.

Last year Kosovo introduced a 100 percent tax on Serbian imports in retaliation for blocking it from joining international organizations as an independent nation.

Kosovo declared independence from Serbia in 2008 after the conflict between the two ended with NATO intervention in 1999. Kosovo's independence is recognized by 115 nations, including the United States, but not by Belgrade.

"Of course, we remember, we honor our past, we don't forget our past. But this should not keep us hostage ourselves and prevent us from building a European future," he said.

"Without good neighborly relations, there is no European future for any country of the Western Balkans," he added, while saying that Kosovo must be careful not to make decisions that will pull it away from the United States and the European Union. 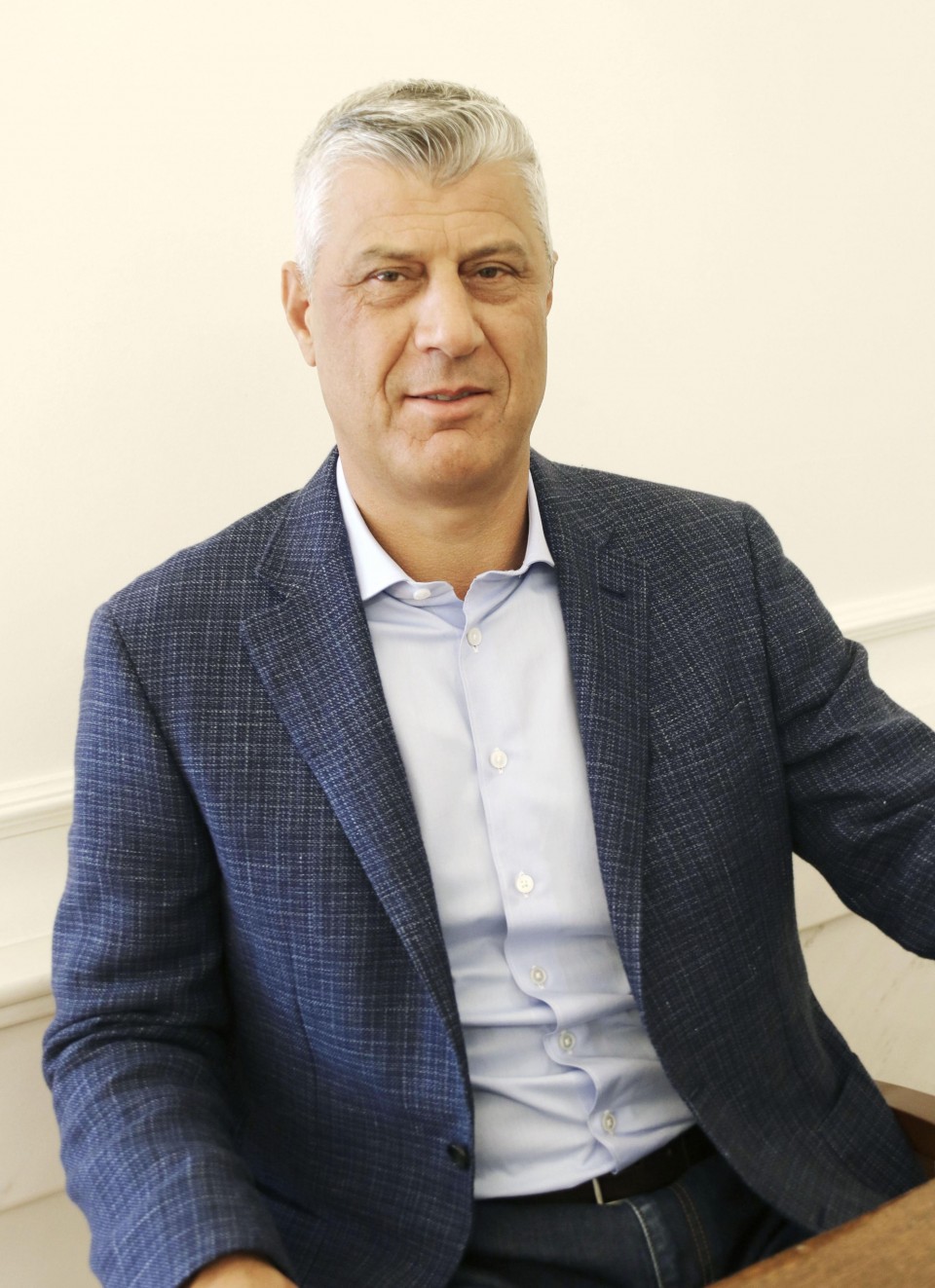 The tariff is a sovereign decision and "what will be the next steps...we still have to wait," the president said.

He also said that he appreciated Japan's support, and would like to see Japanese investment in particular in the energy sector.

He will be visiting Japan in September to meet Prime Minister Shinzo Abe and in October to attend Emperor Naruhito's post-accession ceremony.