Powerful Typhoon Krosa is nearing Japan and is set to make landfall in western Japan, the weather agency said Tuesday.

The Japan Meteorological Agency said the season's 10th typhoon was in the Pacific around 460 kilometers from Japan's southwestern island of Tanegashima as of 6 p.m. Tuesday, and is expected to travel slowly through western regions on Wednesday and Thursday.

The agency warned of potential mudslides, floods and rising rivers in western and eastern areas as the typhoon is expected to bring torrential rains from Wednesday morning. 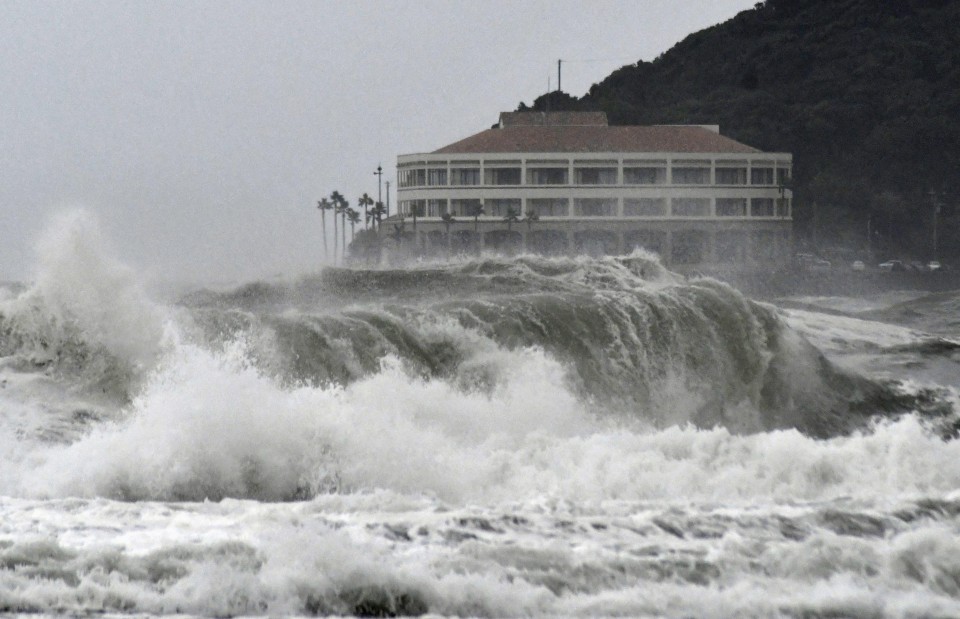 The approach of the typhoon will coincide with a rush of travelers returning from summer holidays.

Japan Airlines Co. and All Nippon Airways Co. said they will cancel a total of around 100 flights Wednesday to and from Miyazaki and other prefectures in the southwestern region of Kyushu, which will affect more than 8,000 people.

The organizer of the famed Awa Odori festival in the western prefecture of Tokushima said it will cancel Wednesday's performance due to the typhoon, the first such cancellation since 1996. The annual festival began Monday and is scheduled to last through Thursday.

West Japan Railway Co. said it may fully suspend shinkansen bullet train runs throughout Thursday depending on the typhoon.

The typhoon with an atmospheric pressure of 965 hectopascals at its center was packing winds of up to 144 kilometers per hour as of 6 p.m. Tuesday, according to the agency.

In the 24-hour period through 6 p.m. Wednesday, 300 millimeters of rain are forecast in the Tokai region in central Japan and 250 mm in the western regions of Kinki, Shikoku and Kyushu. 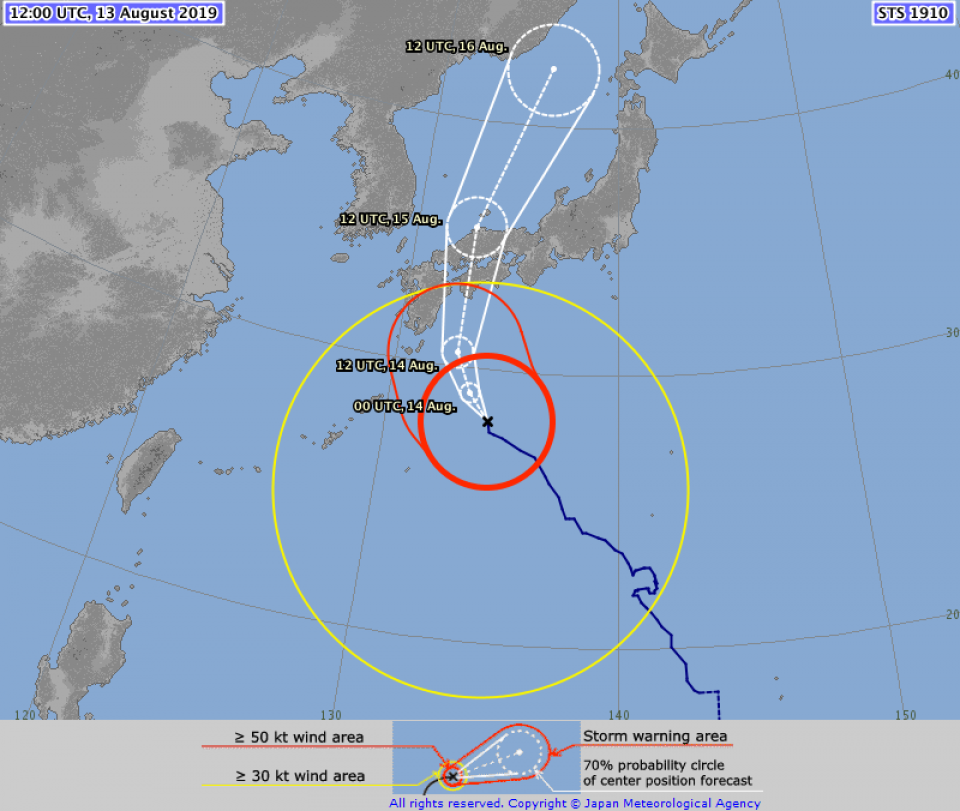 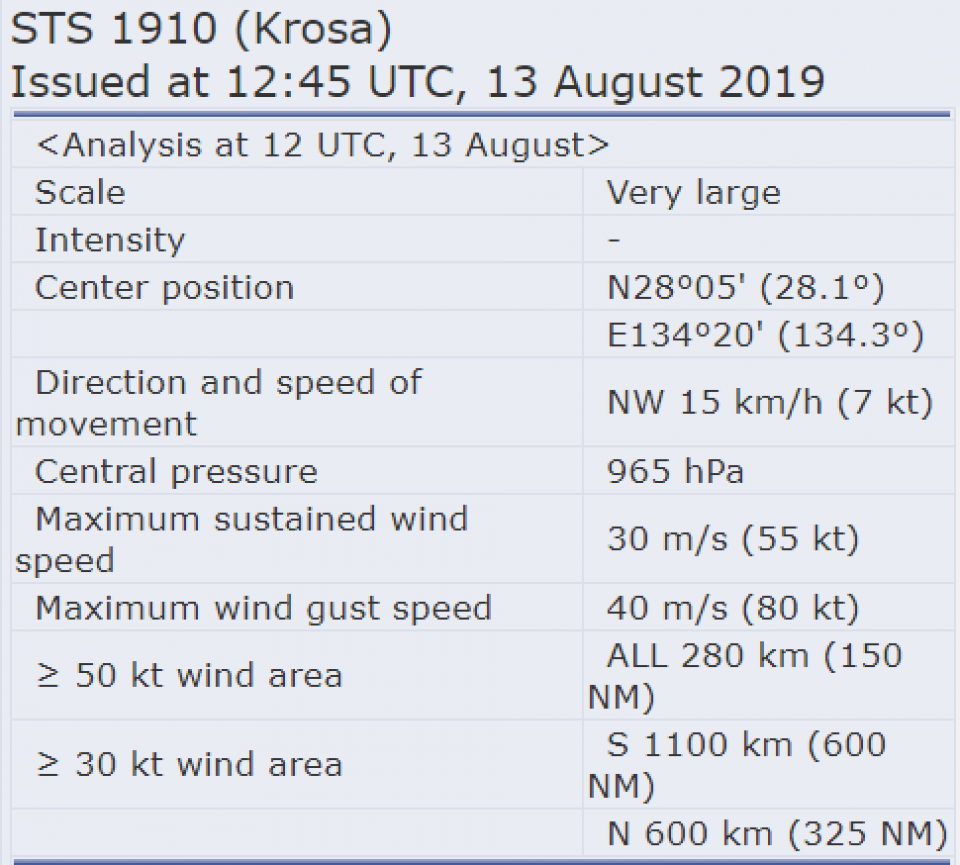