Rui Hachimura quickly lived up to the intense hype he has been generating in his homeland on Monday when he torched New Zealand for 35 points as Japan got its World Cup warmup campaign under way.

Hachimura, who in June became the first Japanese selected in the first round of the NBA draft, put together a dominant display without seeming to stretch himself too much, largely playing under control and with composure.

"We got off to a good start and went from there...I want to lead this team," said Hachimura. "I'm just happy to be back in Japan after a while for these friendly games."

The 21-year-old from Toyama Prefecture scored in a variety of ways, his trademark head-down bullying drives bringing him a number of baskets and trips to the free-throw line in a first half in which he tallied 22 points.

But, in addition to using his physical tools to dominate, he sprinkled in some of the mid-range shooting that proved so intriguing to NBA teams. 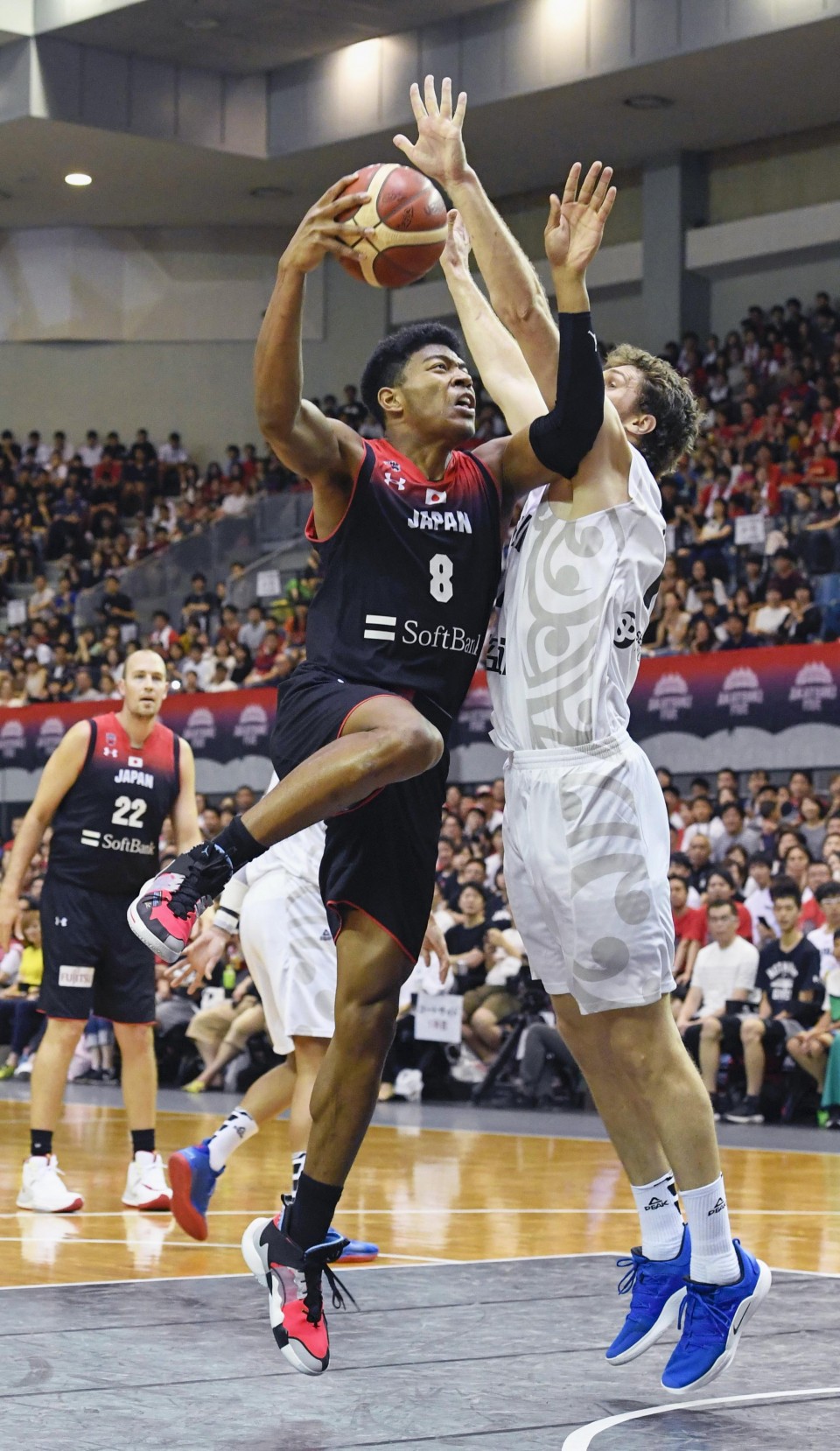 One deep two-pointer off a step-back to open the second quarter was particularly pretty, and a move that will be very useful in the NBA where the athletes have longer reach and he will need extra space to get his jumper off.

Dwane Casey, head coach of the NBA's Detroit Pistons, said he was very impressed with Hachimura.

"I think he's going to be a heck of a player, the NBA is a physical game, a tough game. He's got a great body for the NBA," Casey, who is in Japan to coach at a clinic and was at the game as a spectator, told Kyodo News.

"I see Rui...developing his game to move out to the 3-point line. Because that's where the NBA is. Great kid, great work ethic."

"I think it is a beautiful, beautiful thing for the country of Japan to have a young man like him to represent them in the NBA."

Defensively, Japan's sometimes porous backcourt held up well in the face of New Zealand's talented and experienced combination of the Webster brothers, Tai and Corey.

The visiting team relied heavily on the 3-point shot, but made just 17.1 percent of 35 attempts.

For the Tall Blacks, Tai Webster carried the scoring load with 18 points.

New Zealand will take some solace from the fact it played very poorly but managed to hang around for most of the game, giving it something to build on ahead of its next warmup against Japan in two days.

Japan's Argentine head coach Julio Lamas said he was heartened with his team's performance in the first of five exhibition games leading into the World Cup in China, especially considering he was missing the Memphis Grizzlies' Yuta Watanabe.

Watanabe suffered a sprained ankle during training camp but was walking freely on the court during warmups. 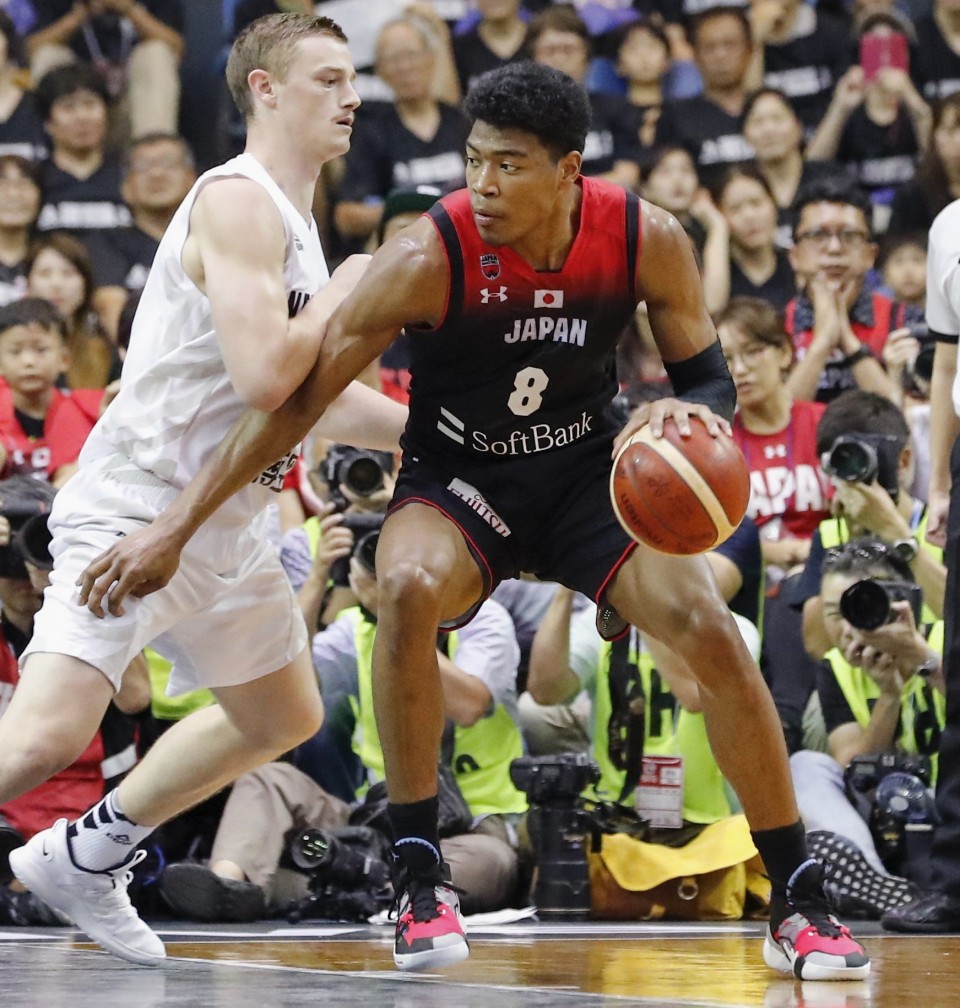 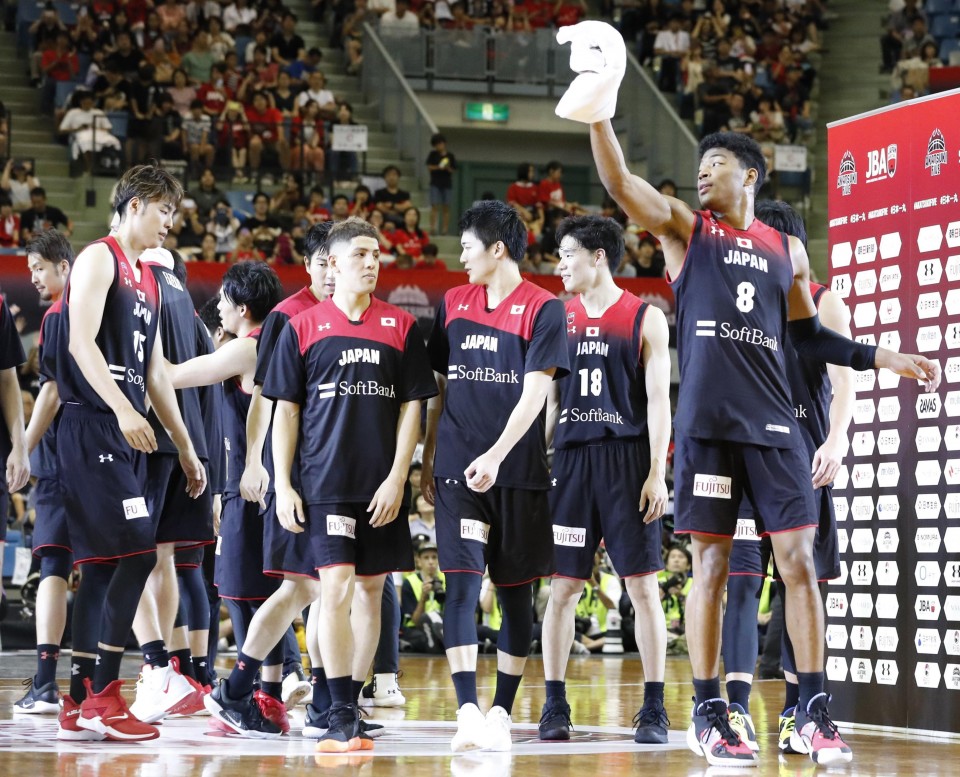 Luka Pavicevic, Lamas' predecessor as Japan coach, was at the game as a "friend" and told Kyodo News he was very impressed with the team's development since his departure in 2017, and not just with Hachimura.

"I think that the team shape looks really good," the Montenegrin said. "Compliments to the coaches and the staff for making a good job of preparing the team, which is -- in my opinion -- playing a high level of basketball."

"I think Rui looks great, even better than that. But I think it is really important to recognize how the rest of the team is playing with him, not around him."

"It's, I guess, easy for him to show off his talent when everyone else is doing great things."

Japan opens its World Cup in China against Turkey on Sept. 1 in Shanghai and then faces the Czech Republic and the United States in the final two games, with the top-two teams in the group progressing to the second round and the bottom two to classification games.

The team has four more warm-up games against World Cup qualified competition, another against New Zealand on Wednesday in Kawasaki and then three in quick succession against Argentina, Germany and Tunisia, all in Saitama.