Former Spain international star Fernando Torres walked away from the game after failing to score in a 6-1 loss by his J-League first-division club Sagan Tosu to Vissel Kobe.

The game was billed as a final showdown between Torres and his compatriot, friend and former World Cup star Andres Iniesta. But Torres rarely saw the ball and missed his few chances, while Iniesta was instrumental in giving Vissel a 3-0 halftime lead.

"Congratulations on an incredible career. I used to love playing with you, sharing the dressing room with you. I wish we could go back to those days...knowing you could run behind defenders and I could find you with passes, and you turning all my bad passes into good passes. They're the days I miss."

Torres then took the pitch, greeted the crowd in Japanese and spoke of his admiration for a team that has struggled and, so far, avoided relegation in his one year in Japan. 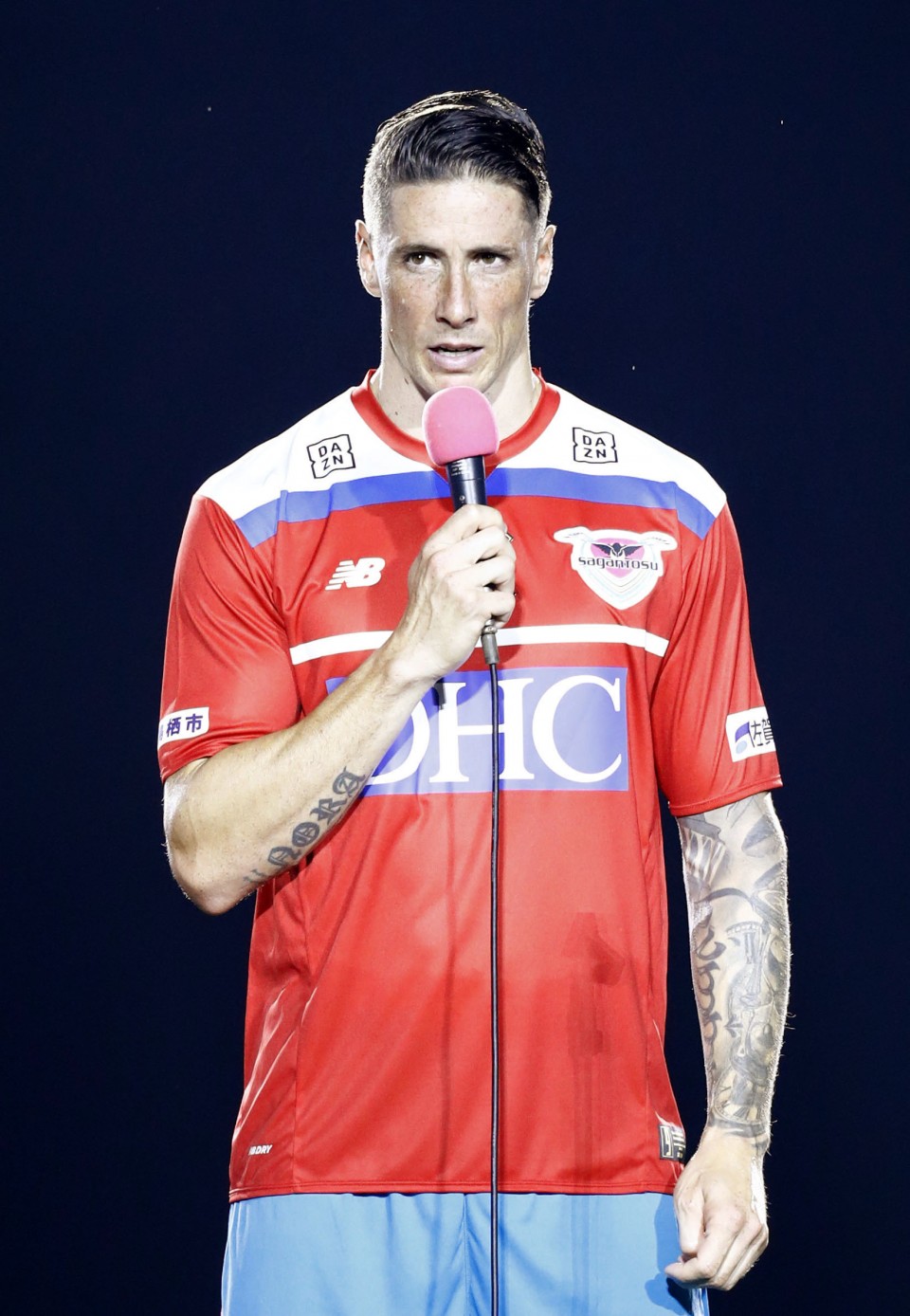 "Starting with the president, I could understand the true passion shared by everyone at this club, that there is a dream for the future and a great plan," said Torres, who will remain an adviser with the club in southwestern Japan.

"To my teammates, from the moment I first arrived, you welcomed me with open arms. I thank you. Last year when we were under great pressure (of relegation), you remained positive. I am grateful for your efforts."

Sagan manager Kim Myung Hwi regretted his team had been unable to give Torres, who scored 38 goals for Spain in a career that saw him capped 110 times, a fitting send-off.

"There's nothing I can say except to thank him for his effort here and for all he's done," Kim said. "We wanted to win, and send him out a winner, but it was not to be." 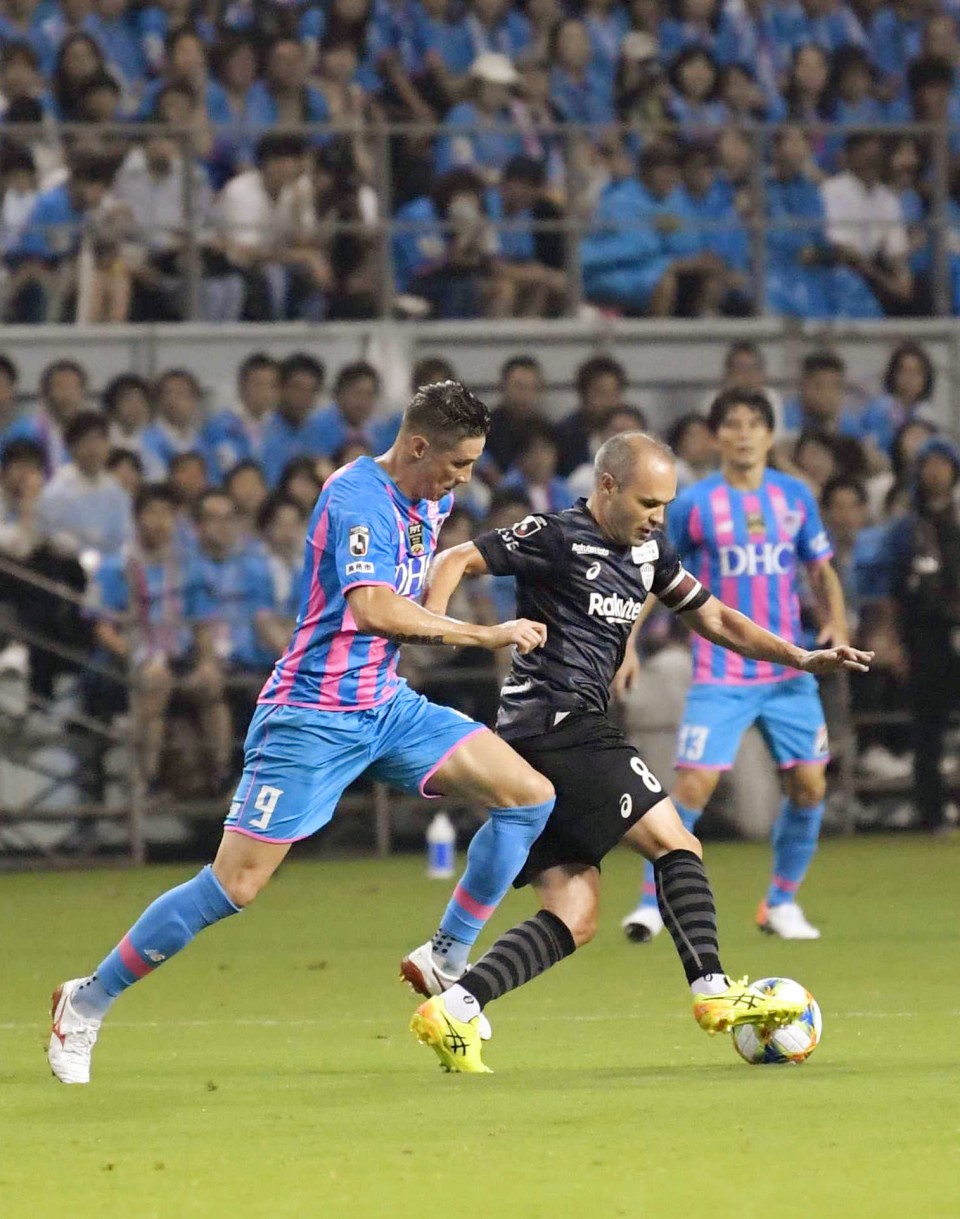 "I'm satisfied with our performance," Vissel manager Thorsten Fink said. "We knew our opponents would be fired up on account of Torres and I think we matched that."

From the start, Vissel owned the ball and quickly exploited Sagan's vulnerability to long balls. Furuhashi latched onto a long pass in the eighth minute that put him behind in the penalty area behind the Sagan backline. He fired over the bar, but it was a sign of things to come.

Yamaguchi benefitted from a long pass to score the opener. He started the movement at midfield by laying off for Iniesta, who found Daigo Nishi on the right. From just inside the Sagan half, Nishi picked out Yamaguchi at the right corner of the box. He shot across his body, banking the ball in off the far post.

Iniesta easily put away a penalty goal after Furuhashi got tangled up with a defender and fell in the area. Two minutes later, the Spaniard set up Vissel's third. 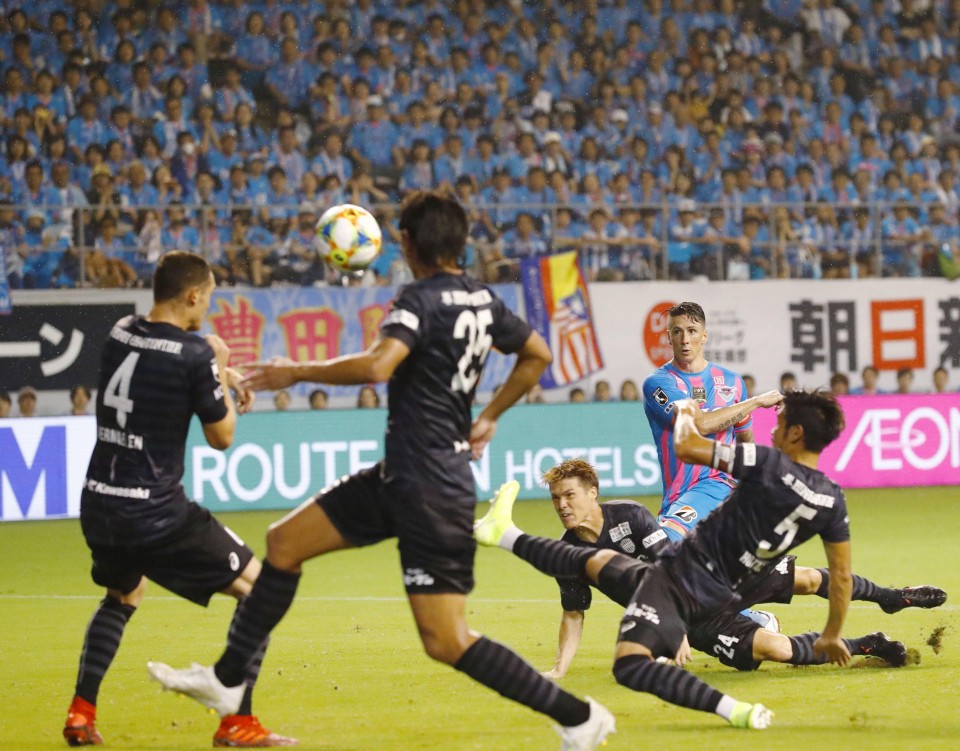 Deep in his own half, Iniesta volleyed a short pass from a teammate to Furuhashi at the right corner of the area. Furuhashi pulled it back for Tanaka at the base of the arc, and Sagan keeper Yohei Takaoka could not deflect it.

Iniesta came out shortly before the half after clutching his left hamstring, and Furuhashi got on the scoresheet with the help of a great cross from new teammate Gotoku Sakai.

Sakai outraced a defender down the left flank on a counter, and his cross was almost too close to the net. Furuhashi leaped for it and, with his boot extended as far as it could go, tipped it in.

While Sagan continued to misfire on their rare chances, Furuhashi added Vissel's fifth when a cross from Yamaguchi found him unmarked in front of the Sagan goal in the 73rd minute.

The hosts opened their account in the 79th minute when a corner sailed over Torres to Takashi Kanai, who headed it in.

But Vissel were not finished dismantling Sagan's overmatched backline on another counter. David Villa found Yamaguchi all alone in the Sagan half, and he fired home from the edge of the area.

The win moved Vissel to 29 points, five points from the drop zone, where Sagan remained 16th in the 18-team J1 on 24 points.

In Friday's other games, second-place Kashima surrendered a 73rd-minute equalizer to Patric and were held 2-2 at home by Gamba Osaka.

At Saitama Stadium, two late goals lifted Matsumoto Yamaga to a 2-1 win over Urawa Reds, the promoted club's first league win since May 26. 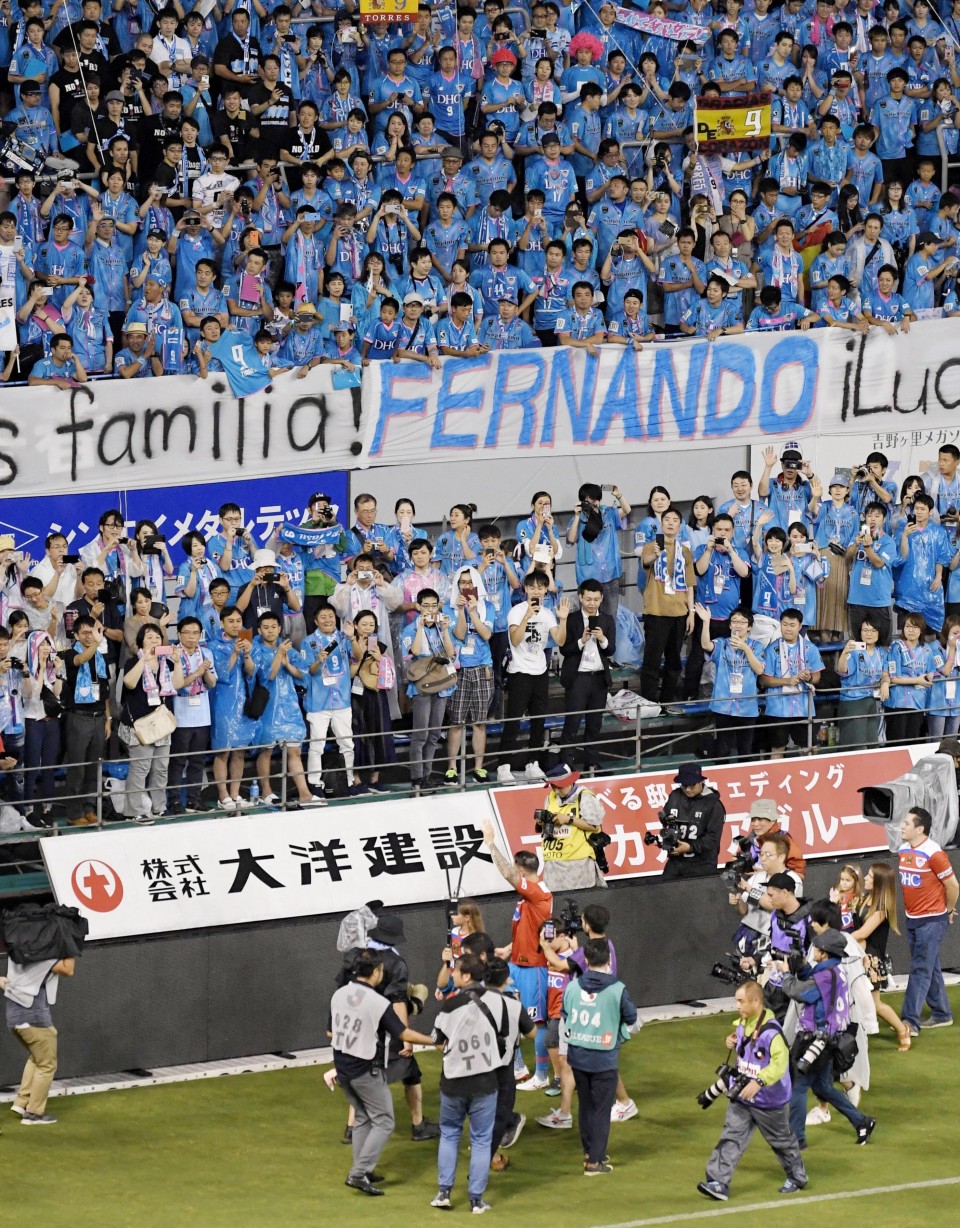