Fifty-seven people died due to heat-related medical issues in Japan over the week starting July 29, the government said Tuesday, with the number of those taken to hospitals more than tripling from the previous week's 5,664 to 18,347.

The weekly figure of those sent to hospitals was the second highest since tallies began in 2008, according to the Fire and Disaster Management Agency.

Of the 18,347 people, 729 had severe symptoms requiring more than three weeks of treatment as an inpatient, while 6,548 had less serious issues needing shorter stays. Those aged 65 and older accounted for 54.3 percent of the total.

Tokyo had most people taken to hospitals at 1,857, followed by 1,342 in Aichi and 1,307 in Saitama prefectures. Deaths were reported across 24 prefectures, seven in Hokkaido in northern Japan being the highest, followed by five each in Ibaraki and Saitama.

High pressure over the Japanese archipelago preserved extreme heat, said the agency, as it advised constant hydration and rests in cooler areas. 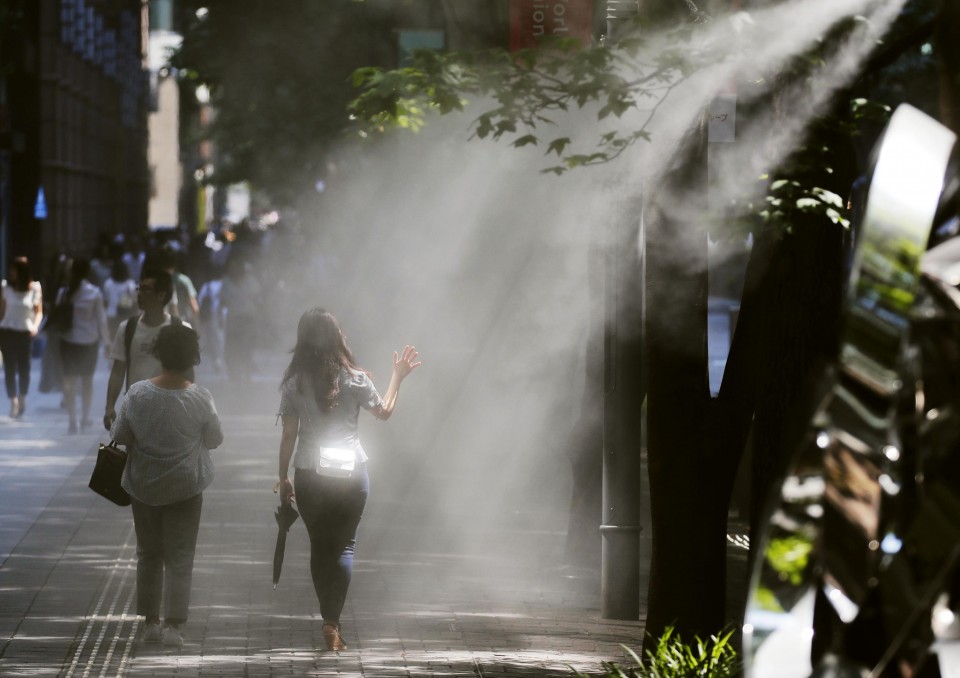 (People walk through a mist amid the scorching summer heat in Tokyo on Aug. 4, 2019.)