"Rugby shrine" opens in Tokyo ahead of World Cup

A special "rugby shrine" opened in the Marunouchi business district of central Tokyo on Tuesday, ahead of the Rugby World Cup in Japan starting in a month.

Goal posts resembling a Shinto torii gateway and a bell shaped like a rugby ball to be rung by worshippers were set up at the shrine surrounded by green artificial turf. 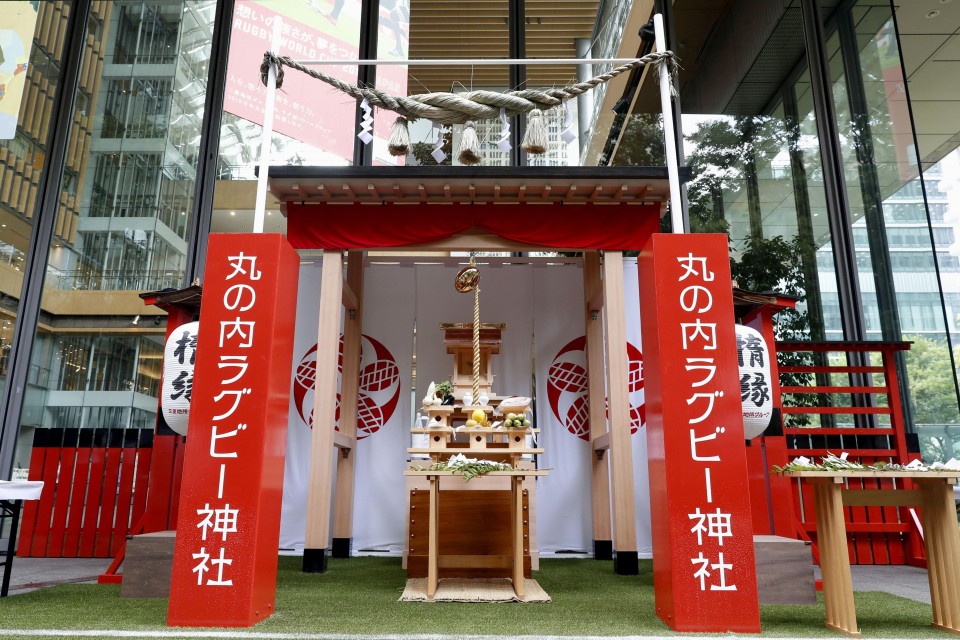 The site, set up by real estate firm Mitsubishi Estate Co. and open until the tournament ends on Nov. 2, enshrines a god from the Shimogamo shrine, a World Heritage site in Kyoto. Offering blessings to the god are said to improve skills in ball games, among other things.

The Kyoto shrine has a historical connection to Japanese rugby as it is where a Tokyo-based Keio University student taught the game to counterparts of what is now Kyoto University in 1910, leading to its spread throughout western Japan.

"We're just a month away. I'm excited." said Naomi Naito, 60, from Yokosuka, south of Tokyo, who has bought tickets for all of Japan's pool stage games. 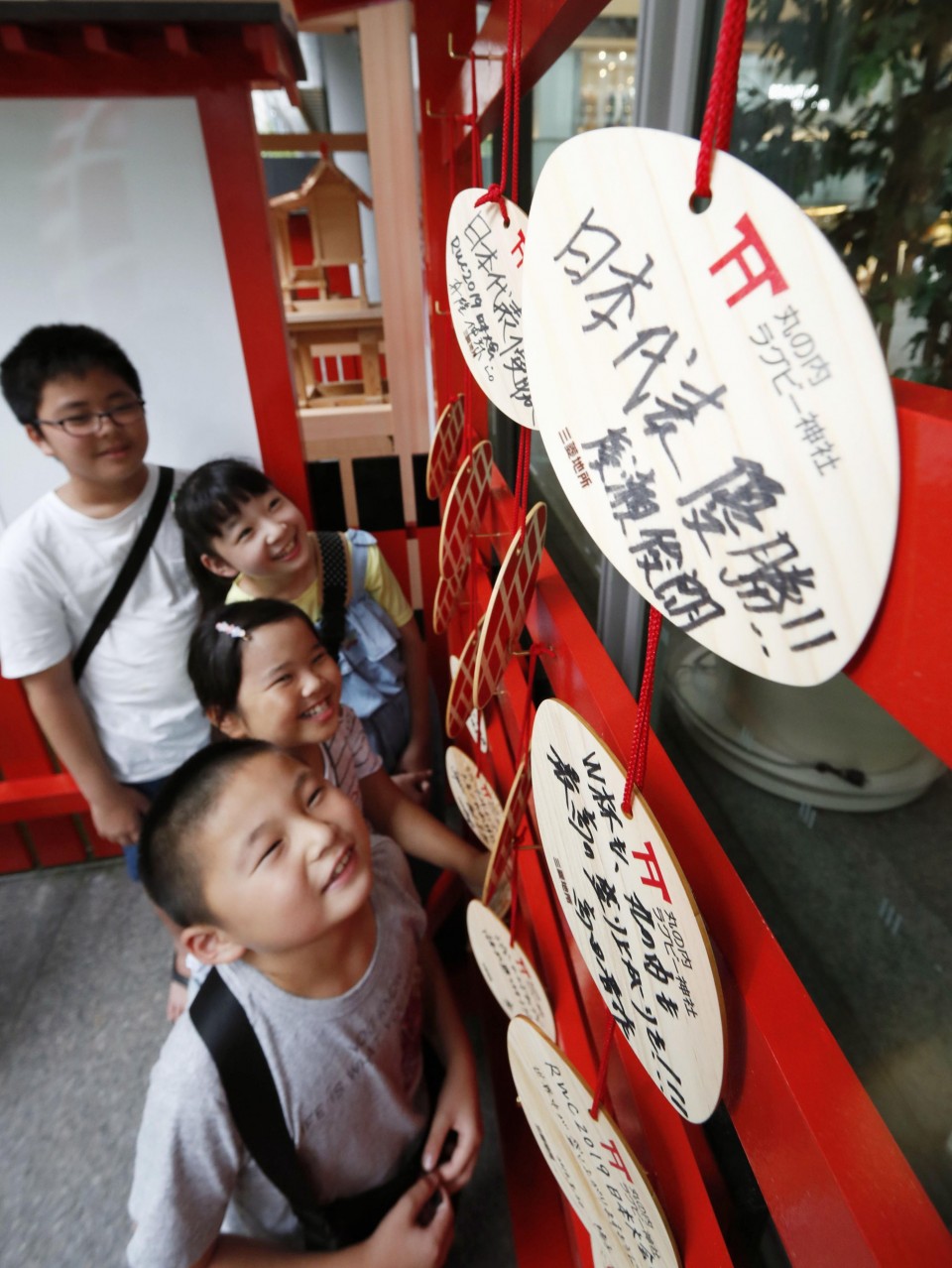 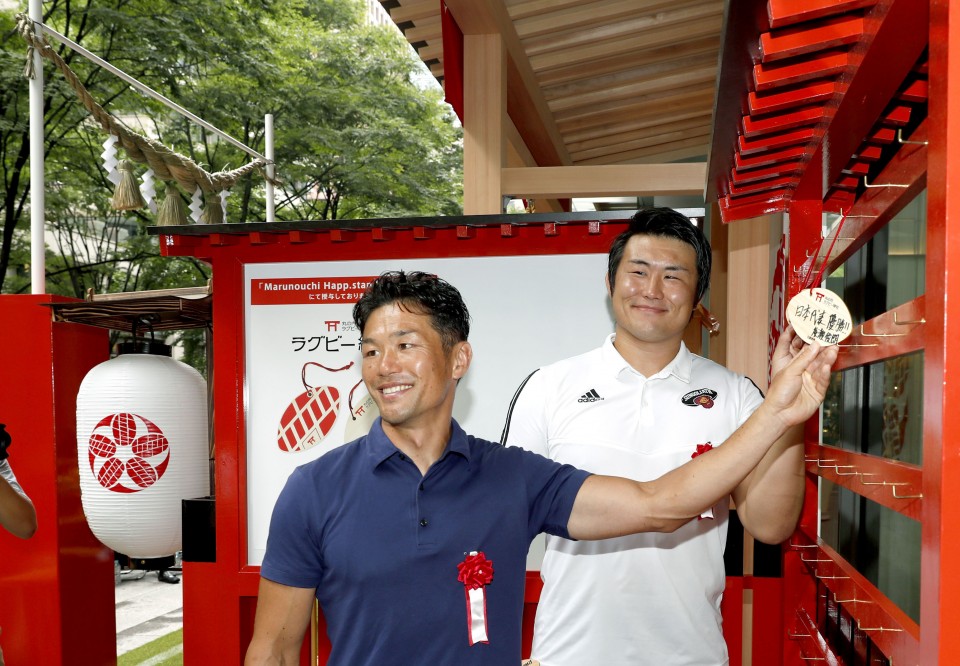