TOKYO - Powerful Typhoon Krosa is set to make landfall in western Japan on Thursday, with the national weather agency warning of potential record rainfall, mudslides and floods across a wide area of the country's Pacific coast.

Airlines and railway operators canceled or reduced services in regions near the storm's path, possibly disrupting millions of travelers returning to major cities following Bon holiday visits to their hometowns.

The Japan Meteorological Agency said the typhoon, traveling only at about the speed of a bicycle, had weakened from the day before but could still dump around 1,200 millimeters of rain on some eastern and western areas facing the Pacific. 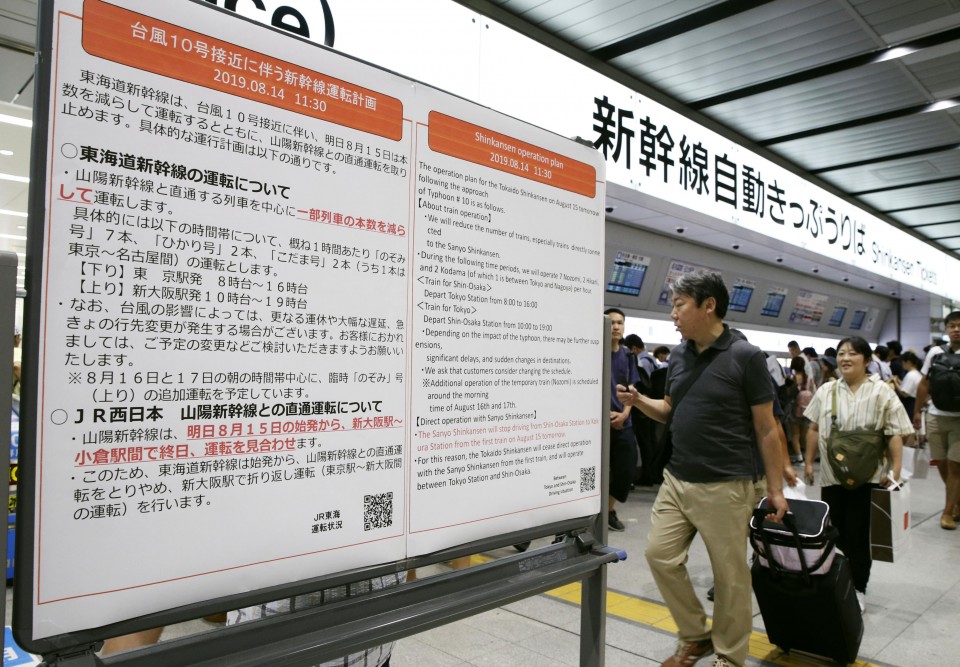 Japan Airlines Co. and All Nippon Airways Co. decided to cancel a total of more than 300 domestic and international flights on Thursday.

West Japan Railway Co. will suspend almost all of its shinkansen bullet train services. Services between Shin-Osaka and Kokura will be canceled, while those between Kokura and Hakata in Kyushu will be significantly reduced, the company said.

Central Japan Railway Co., the operator of shinkansen services between Tokyo and Shin-Osaka, and Kyushu Railway Co. said they will also cut their bullet train services.

Shikoku Railway Co. said it plans to entirely suspend services in its area on the western main island.

The season's 10th typhoon with an atmospheric pressure of 965 hectopascals at its center was packing winds of up to 144 kilometers per hour as of 1 a.m. Thursday, the agency said.

It was traveling north at a speed of 15 kph from a position 180 km south of Shikoku's Cape Ashizuri.

In a valley in Kusu, Oita Prefecture, a group of 18 people including children were temporarily stranded following the rise of a river, local officials said.

The group had apparently been at a barbecue and retreated from the surging river to reach higher ground, the officials said, adding that rescuers were heading for the scene although there were no reports of injuries.

As the typhoon approaches, Japan on Thursday will mark the 74th anniversary of its surrender in World War II, with memorial services including those in Ehime, Fukuoka, Kumamoto and Oita prefectures already canceled.

The government will hold an annual ceremony at Nippon Budokan in Tokyo, but many relatives of the war dead from the Kyushu and Shikoku regions will be unable to attend the event.

Prime Minister Shinzo Abe returned to Tokyo on Wednesday afternoon earlier than scheduled from his hometown in Yamaguchi Prefecture and attended a meeting on the typhoon with ministers at his office. 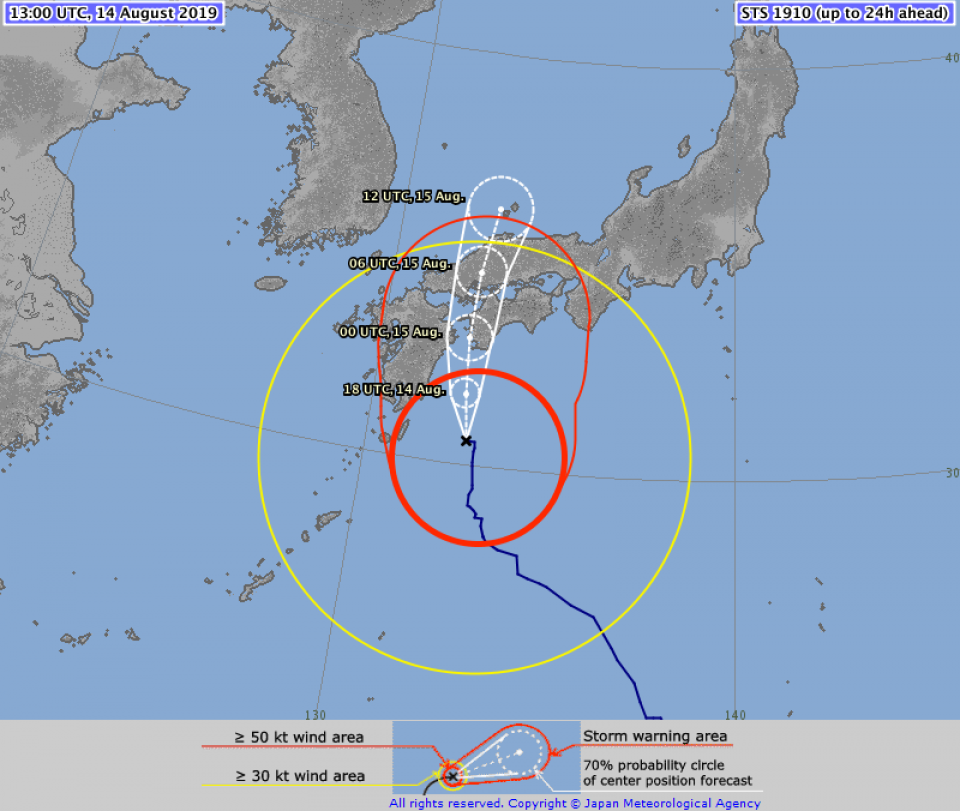 5 injured as typhoon to make landfall in western Japan