In June, then newly elected Solomon Islands Prime Minister Manasseh Sogavare announced that the Pacific nation would decide within 100 days whether to switch diplomatic recognition from Taiwan to China.

Solomon Islands has been allied with Taiwan since 1983, and with a population of just over 600,000, it is the largest of the six Pacific states that recognize the self-governed island, which China considers a renegade province.

However, with the 100-day deadline soon approaching, the islands' government appears more torn than ever over the impending decision, and lawmakers say the final call could be postponed for months.

Opposition leader Matthew Wale told Kyodo News that while the decision of whether to switch ties lies entirely with the government, he understands that an outcome "will maybe be reached by November." 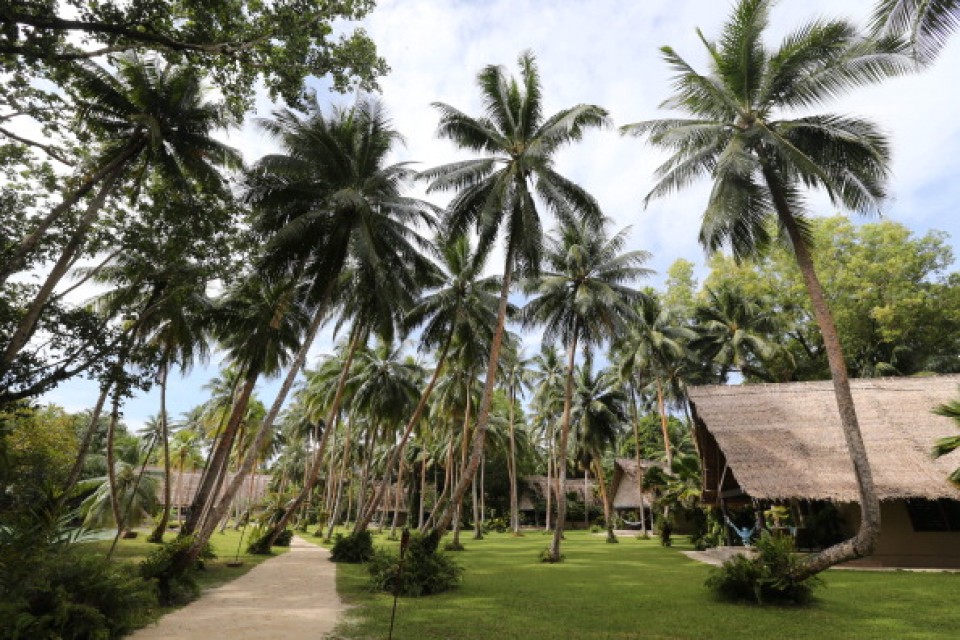 Wale's comments come as former Prime Minister and current Minister for National Planning and Aid Coordination Rick Houenipwela told Radio New Zealand that a vote in parliament would not happen at all this year.

Houenipwela was one of 16 pro-government lawmakers who on Wednesday publicly announced their strong support for the Solomon Islands remaining with Taiwan, citing fears of "debt-trap diplomacy" with which China's Belt and Road infrastructure development initiative is often associated.

"We state very clearly that we will not support any policy to change Solomon Islands diplomatic ties from Republic of China (Taiwan) to the People's Republic of China (PRC)," the statement, published on the Solomon Business Magazine Facebook page, read.

"We believe the long term interests of our country -- in terms of our development aspirations, as well as respect for democratic principles, human rights, rule of law, human dignity, and mutual respect -- lie with Taiwan, not the PRC," it said.

Signatories to the letter account for over half of government ministers, including Foreign Minister Jeremiah Manele and Deputy Prime Minister John Maneniaru.

The prime minister is also understood to continue to "cherish Solomon Islands relations with Taiwan," according to the letter. 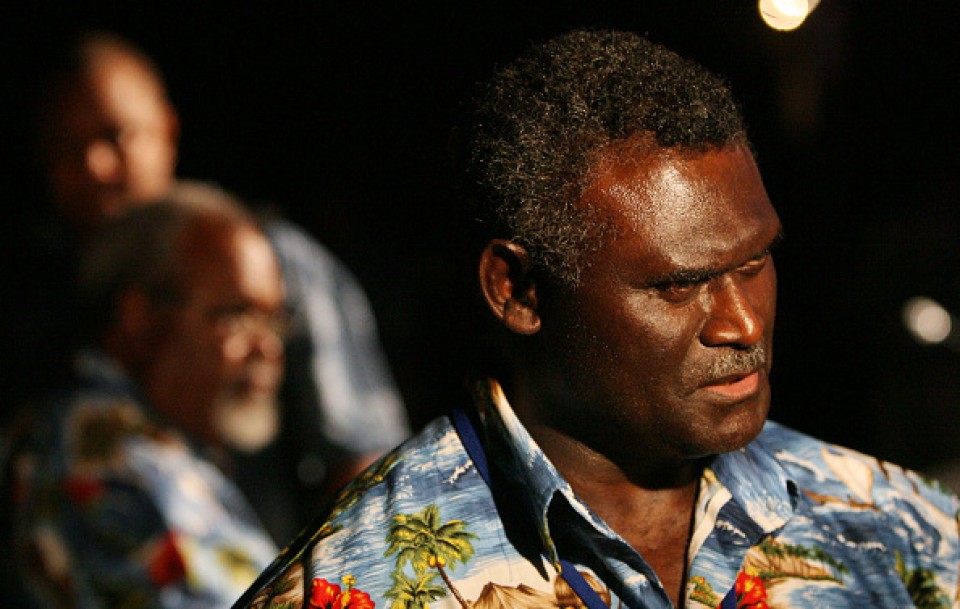 Opposition lawmakers say such comments show the government has no intention of changing sides but is instead attempting to curry favor with a minority of "vociferously pro-China" lawmakers.

Wale said he fears there is a "mercenary element" in the way some government members are approaching the decision-making process, which includes a special task force that has been traveling to China, Taiwan and China-allied nations in the Pacific to observe the impacts of Chinese development assistance.

Deputy opposition leader Peter Kenilorea told Kyodo News that given the majority of government ministers have publicly declared their support for Taiwan, such costly travels around the region do not reflect well on the country as a whole.

"It's not a good look for us as a nation when we're starting to do this round-the-region tours, and you find out it's not very serious anyway," Kenilorea said. "This thing goes a lot wider than China and Taiwan. Partners are following quite closely and it doesn't reflect well on us."

In the Solomon Islands capital Honiara, many people say they would prefer to maintain the status quo.

A taxi driver who gave his name only as Fred said the presence of several thousand residents originally from mainland China is being felt, as jobs, particularly in construction, are given to other Chinese nationals and not local Solomon Islanders.

"No one wants China," he said.

However, he makes an exception for the "Old Chinese" minority, who have been in Solomon Islands for generations, acknowledging their contribution to the islands' community. 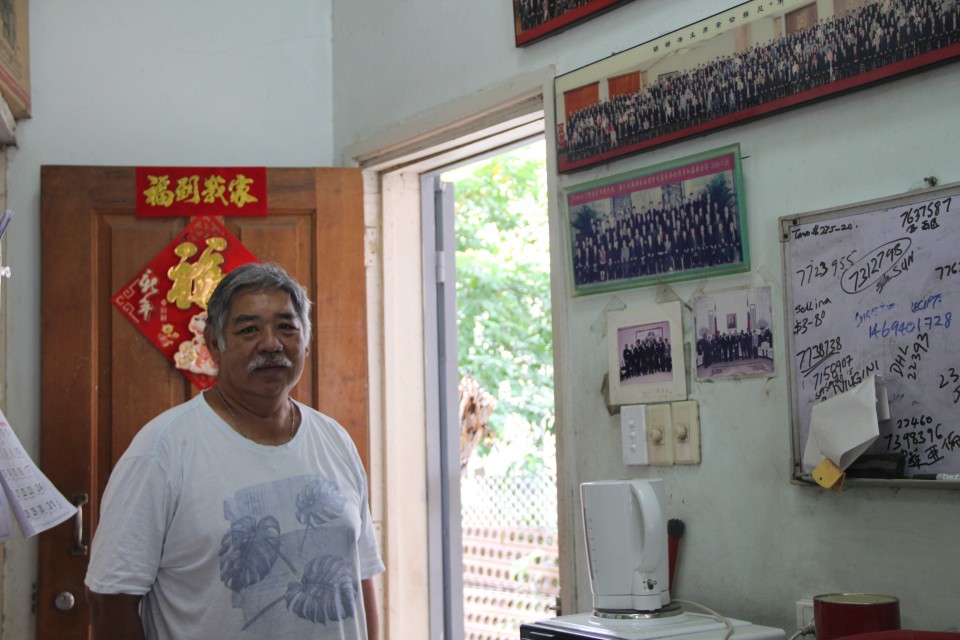 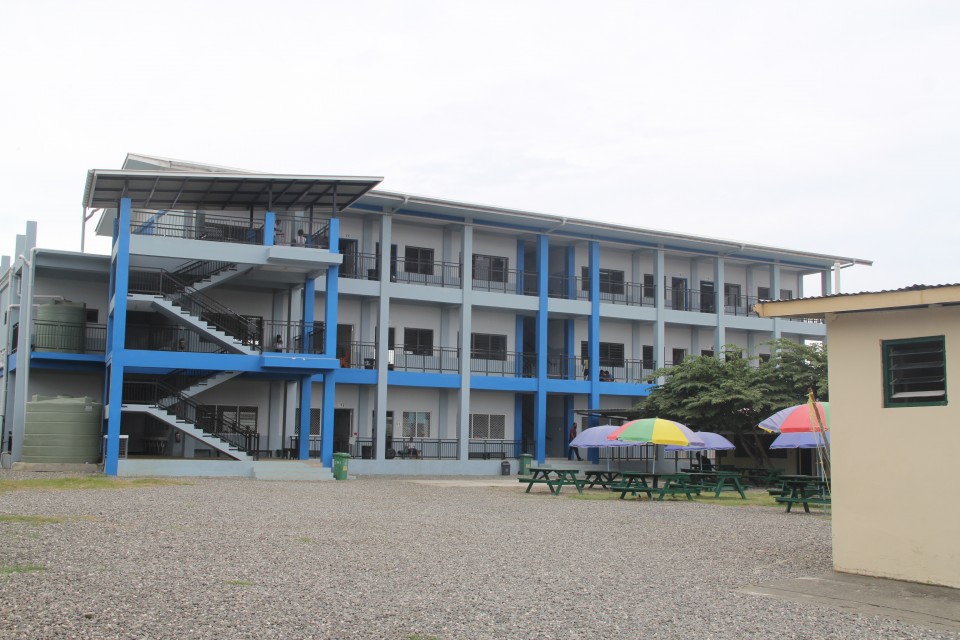 The 60-year-old runs a general store in Honiara's Chinatown and said he hoped the Chinese government would establish large companies in the country and create jobs for local people.

Wong was instrumental in gathering financial support for the local Chung Wah Chinese School, which recently built a multistory classroom block with assistance from the Chinese government.

The private school, which is predominantly attended by local Solomon Islanders, is well regarded as one of the better schools in the area, and its graduates have gone on to work in government and successful local businesses.

Students at the school are also taught Mandarin by teachers from mainland China and Taiwan.

A school representative, who asked for her name not to be used, said she had observed the Taiwanese teachers "tense up" since talks of a diplomatic switch started. She said she hopes whatever decision government comes to will not affect the school.

"I want to encourage Taiwanese to come here, just like Chinese. I'd like to see the two together because they bring rich backgrounds here," she said.

While Taiwan has worked hard to maintain strong people-to-people links between Taipei and Honiara through agricultural projects and university scholarship programs, it cannot compete financially with China.

China is Solomon Islands' largest trading partner, with exports worth $326 million in 2017 -- a roughly 65 percent share of total exports, according to World Integrated Trade Solutions data.

As the most populous of the Taiwan-allied Pacific states, along with its strategic location between Beijing-allied Papua New Guinea and Fiji, Solomon Islands would be a prized ally for China.

For that reason, Pacific watchers have warned a diplomatic switch from Honiara could trigger a "domino effect" among the remaining Taiwan-allied Pacific states.

Taiwanese Ambassador Designate to Solomon Islands Oliver Liao admitted that his embassy had observed China's influence in Solomon Islands grow "quite significantly" and a diplomatic change to Beijing "may be the worst-case scenario."

"We are preparing for the worst, but we hope for the best," he said.

U.S. ban on Huawei being largely ignored in S.E. Asia