Tokyo expressway to adjust tolls to curb traffic during Olympics

Tokyo's Metropolitan Expressway will adjust tolls for private vehicles during next year's Olympics and Paralympics, charging more when events are held and less in the early hours, the metropolitan government and games organizers said Monday.

Under the so-called road pricing system, 1,000 yen ($9.50) will be added to regular tolls from 6 a.m. to 10 p.m. in Tokyo during the events. Buses, taxis, trucks and pre-registered assistive vehicles for the disabled will be exempt from the surcharge, they said.

In a bid to encourage logistics companies to use roads late at night and early morning, tolls on the expressway covering downtown Tokyo will be halved from midnight to 4 a.m. for vehicles equipped with the electronic toll collection system, or ETC, they added.

With the introduction of the road pricing system, the expressway operator's revenue is expected to expand. It will pump the extra takings into updating its toll collection system and boosting public relations activities. 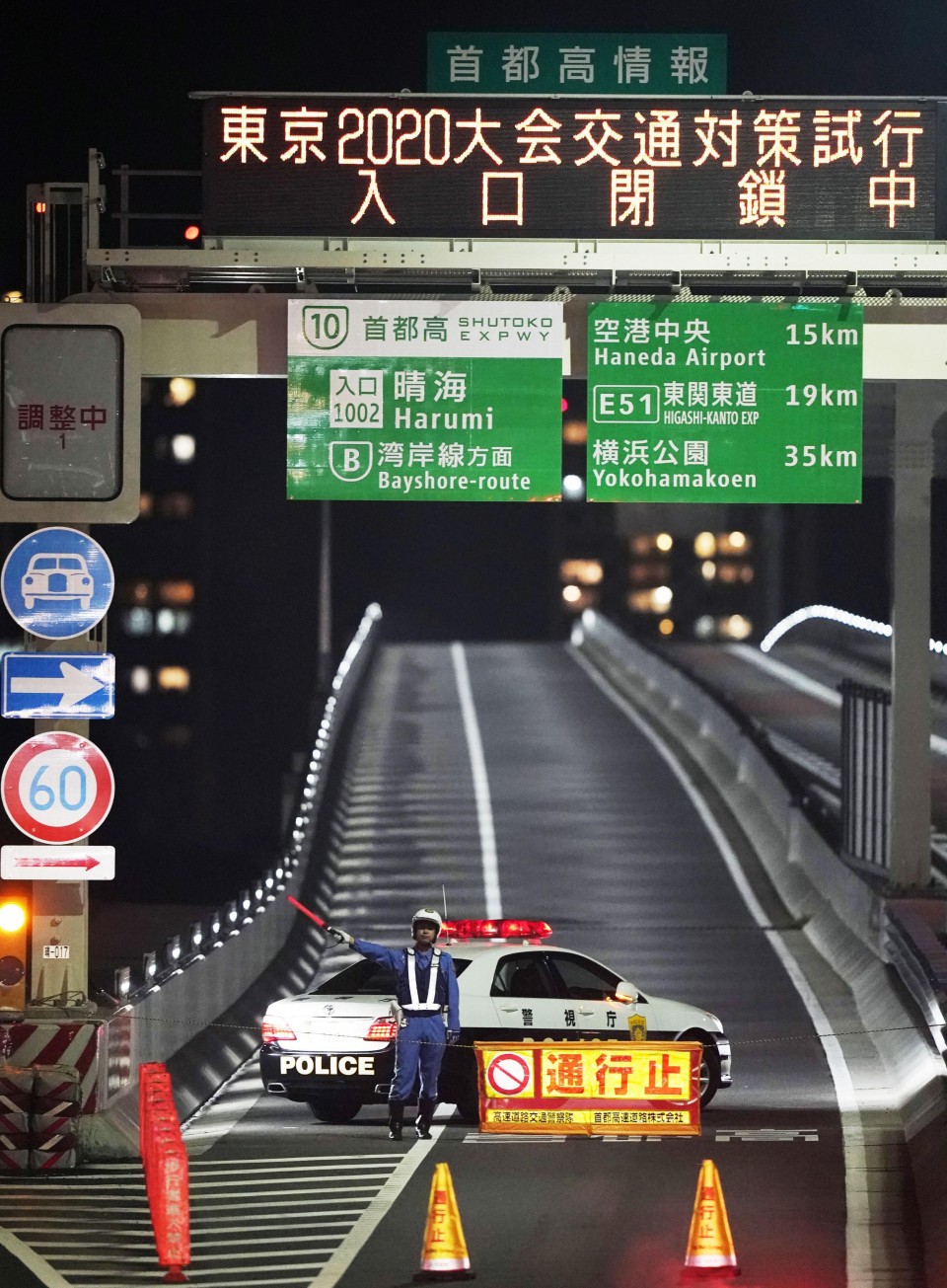 The system is expected to be adopted between July 20 and Aug. 10, and Aug. 25 to Sept. 6, the metropolitan government and games organizers said.

According to estimates by the transport ministry and the National Police Agency, it would take 80 minutes to travel some 18 kilometers between the waterfront Olympic village and the New National Stadium if no measures are taken.

By taking steps such as closing some expressway entrances and adjusting charges, that journey time will be 20 minutes, they said.

To mitigate congestion, the Tokyo metropolitan government and some companies have staggered working hours and introduced telecommuting on a trial basis.

The Ministry of Land, Infrastructure, Transport and Tourism conducted a traffic control test in July, but failed to hit its targets.