Shoichi Hotta is a producer of the hit TV anime series "Laid-Back Camp." Sayuri Hara provides the voice for Chiaki, the spunky president of the Outdoor Activity Club in the show. We were very lucky to be able to sit down with them for a few minutes at Asian pop culture convention, Otakon 2019, in Washington, DC, and chat about their first trip to the United States.

KKS: We've heard this is your first time in the United States. Have you done anything interesting on your trip so far? A little location scouting perhaps?

Hara: [laughs] Yes! This is first time in the U.S. and yesterday, I ate steak. And hamburger. I said I wanted some food that was quintessentially "American,” so they gave us hamburgers. It was really good.

KKS: How was it compared to Japanese burgers?

Hara: And the patty was really thick and juicy. Japanese burgers, well many of them tend to be a bit more flat, so in that sense it was really enjoyable and felt very American.

Hotta: This is my first time as well. As for me, I've been drinking beer the whole time since I got here yesterday. I figured I’d sample the differences between Japanese and American beer. Also, nearby there was a huge camping goods store, so I went to go check it out.

KKS: Is there anywhere in the United States where you would like to go camping?

KKS:  We’d recommend Utah. The American desert scenery is probably one of the more unique sights you wouldn’t be able to see easily in Japan.

Hotta: [laughs] Amazing. Maybe we should go camping there!

KKS: It’s also good for stargazing. You can see the Milky Way very clearly in the sky with the naked eye.

Hotta: Wow! There aren’t many places in Japan where you can do that. 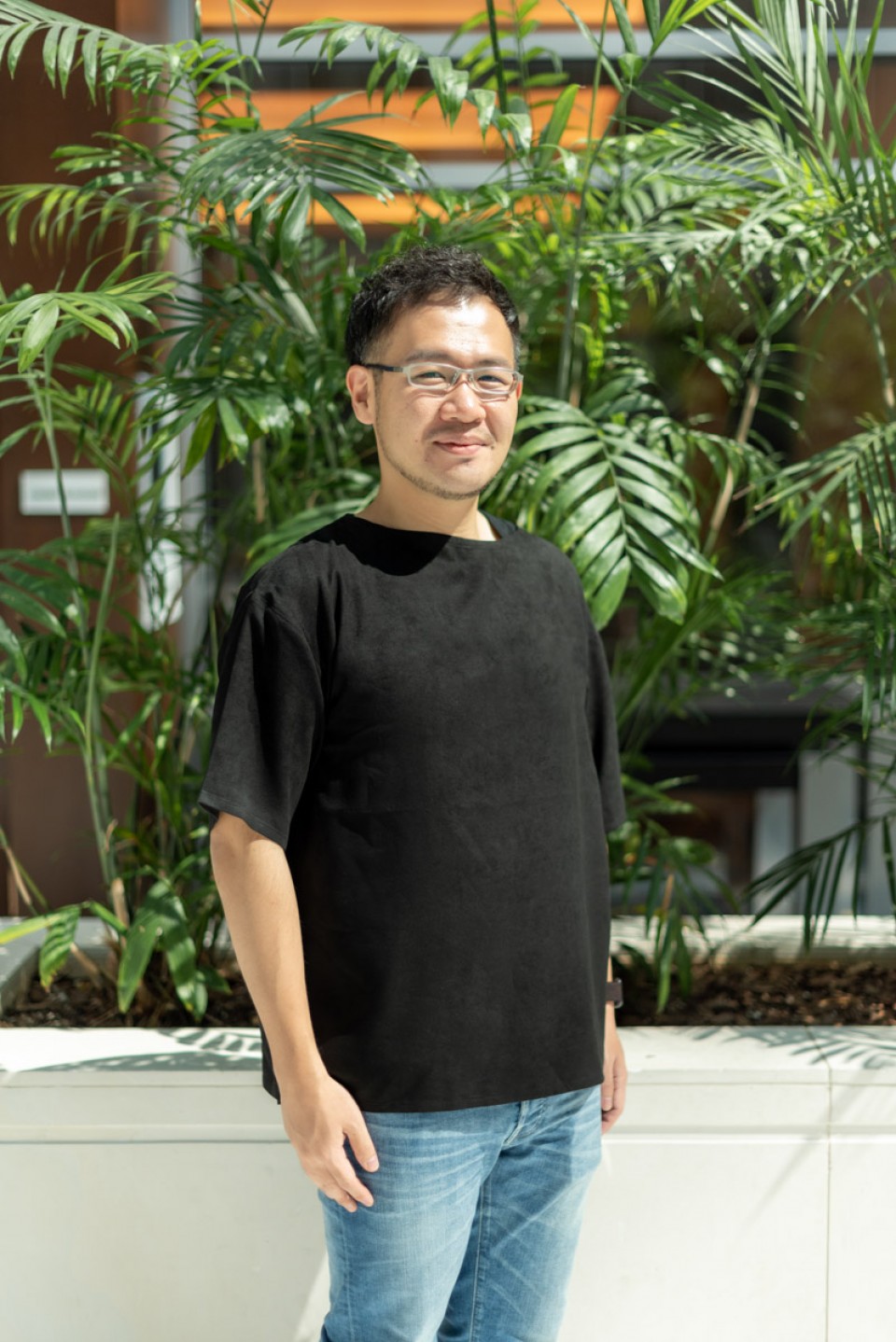 KKS: Mr. Hotta, what drew you to the production of “Laid-Back Camp?”

Hotta: I thought the source material was extremely compelling. Actually, the moment I read it, it was almost kind of instinctive, I felt like this had to be animated.

Probably, I felt that “Laid-Back Camp” was filled with themes that are really appropriate for this day and age, and those themes resonated deeply with me as well. For example, the ways people communicate with each other, or expressing the scenic beauty of local places. I felt like I really wanted to convey that to others.

KKS: We noticed that a lot of the works you've had a hand in producing revolve around less mainstream activities, such as camping, yosakoi dancing, and ping pong. Do you try to seek out these types of more niche hobbies to bring more cultural attention to them?

Hotta: I don't specifically choose them for that reason. Rather, I think the most important things are the characters and themes and whether or not we can relate to them. If the works can appeal to me on a character and thematic level, then I want to make it into an anime.

Coincidentally, I do end up occasionally collecting niche hobbies in this way but it isn't the intention. I agree that the niche element does make for a good story though.

KKS: An interesting phenomenon in anime these days is the economic impact they have on many products on the market. For example, we heard that Rin's particular brand and color of motorbike sold out in stores. As a producer who has to do a lot of fundraising, do you take an interest in these kinds of effects, and do they get factored at all into financing decisions?

Hotta: [laughs] People have been asking me a lot of deep questions today! Certainly, the camp goods that the characters use, and the bike for example, they do get quite popular in Japan after the fact, but actually we don't intend to have any impact on the market. At the most, some of the brands of products shown are originally in the manga, so we just faithfully adapt it into the animation. But as for these products having a role in financing deals, we basically never consider it.

KKS: Has the anime provided more exposure for camping spots in the Yamanashi area? For example, we heard there was currently a tie-in stamp rally for all the fans visiting because of “Laid-Back Camp.”

Hotta: Indeed we do hear a lot from folks in Yamanashi Prefecture, which was where “Laid Back Camp” took place. They say that due to the show there are a lot of people visiting. Although in that case, we did talk with the prefecture during the planning stages of the show about how we could work together to help people come here and take notice of Yamanashi. 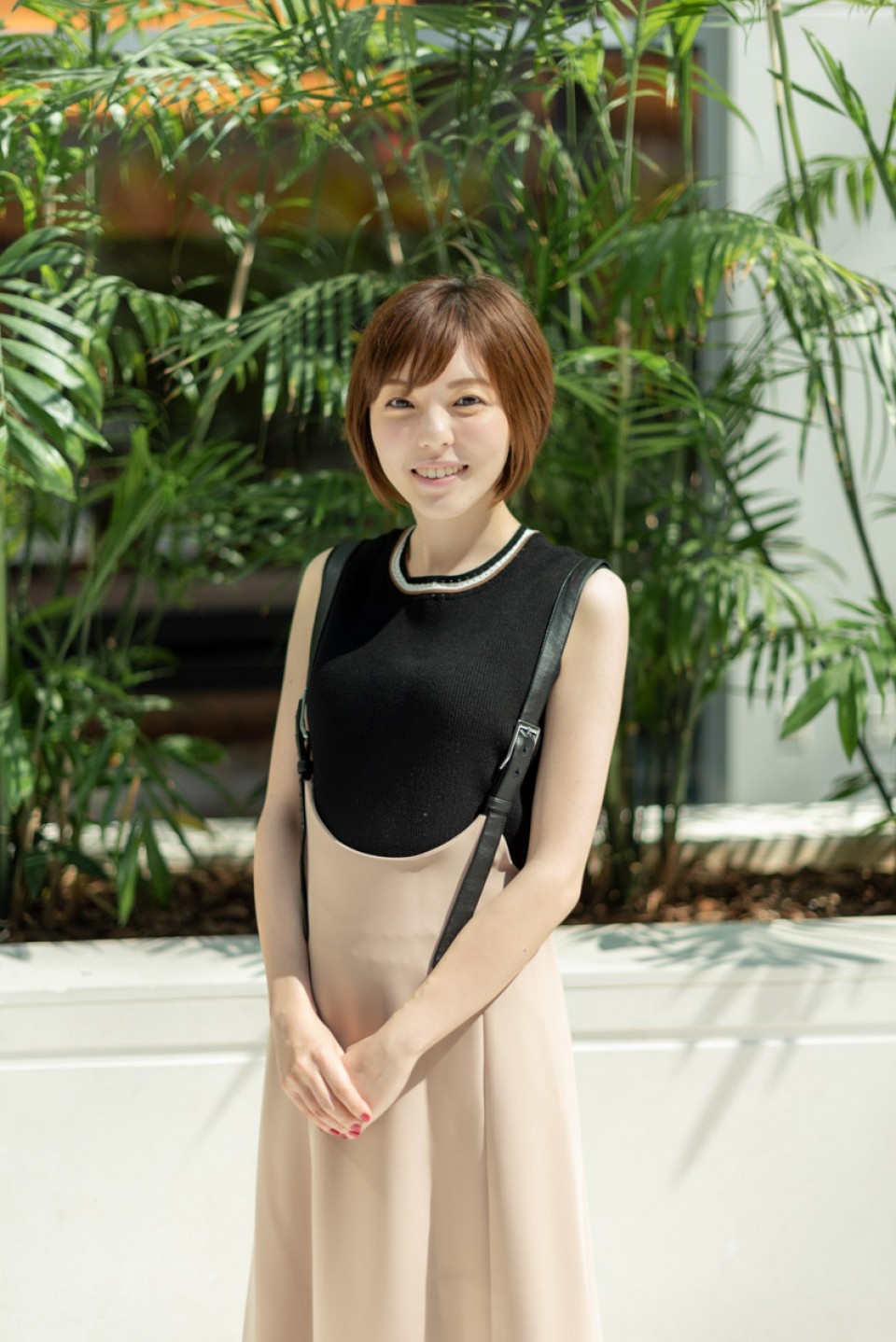 KKS: Ms. Hara, we wanted to ask you a little about your own history as a voice actor. You entered your talent agency, 81 Produce, through one of the earliest held annual 81 Auditions. Can you give us some insight into how that happened?

Hara: Yes.  I suppose normally with agencies you get called up from training school. However, 81 Produce started an annual audition on their namesake August 1st (8/1) and on the second year of auditions, I applied and was accepted.

It was a bit unusual in that, well, when I was in university, I had decided with a classmate friend that we were both going to try and become voice actors, so we started looking into training schools together. Even though we said that, the thing is, most of the training schools start in April, and at that time it was around May, so there were almost no places accepting new applicants so we were wondering what else to do.

Then by chance, my friend found out 81 Produce was going to do August auditions, and had an application deadline by June, so we thought could still make it. Of course I had absolutely no training at the time so I figured there was no way I could possibly pass. I decided to wing it, just to get the experience under my belt and to know what it was like. To my surprise, I got in.

Later in the interview, when I was presenting my resume, I saw everybody else had these long detailed ones, but for me, who didn't have any formal training, well my resume was mostly blank. Basically, the only thing written on it was the university I was attending. They asked me, "Why did you make your resume so simple?" but I guess that actually helped me stand out because it was more rare.

KKS: In the anime, there’s an amusing scene where your character, Chiaki, takes the cooking of hoto noodles very seriously to protect the pride of Yamanashi locals. Is there any local specialty for you that you take pride in?

There are a lot of people from various places that come to Tokyo, and grow up and become adults here, but they still identify with their own region and will say something like, "I'm originally from there," and have a connection with things from there, and they compare this and that from various regions.

For me, how do I put this, I have relatively fewer feelings about the peculiarities and rivalries of regions. More broadly I just feel like I'm Japanese. I guess it's a little bit sad that I'm different from others in this regard, but at the same time I don't have any stubborn feelings like, "Oh, my region is way better than your region," so I guess I can more easily just love all the areas of Japan. So in the end it's still good.

KKS: Finally, what do you think is “kawaii,” “kakkoii,” and “sugoi” about “Laid Back Camp”?

Hotta: Well, “kawaii.” Those girls are definitely cute. The characters are extremely cute. “Kakkoii,” I think it’s so cool to see the passion that someone can devote to their hobbies. And “sugoi?” That’s gotta be Japan's amazing scenery.