The shooting of a brown bear repeatedly spotted in residential areas in Sapporo came as a relief to local residents but drew a large negative reaction outside Hokkaido.

According to the municipal office of Hokkaido's largest city, 530 people expressed opinions in telephone calls, emails and letters in the week after the bear was shot on Aug. 14. More than 50 percent condemned the killing, against 20 percent who were supportive and a similar proportion who were neutral. 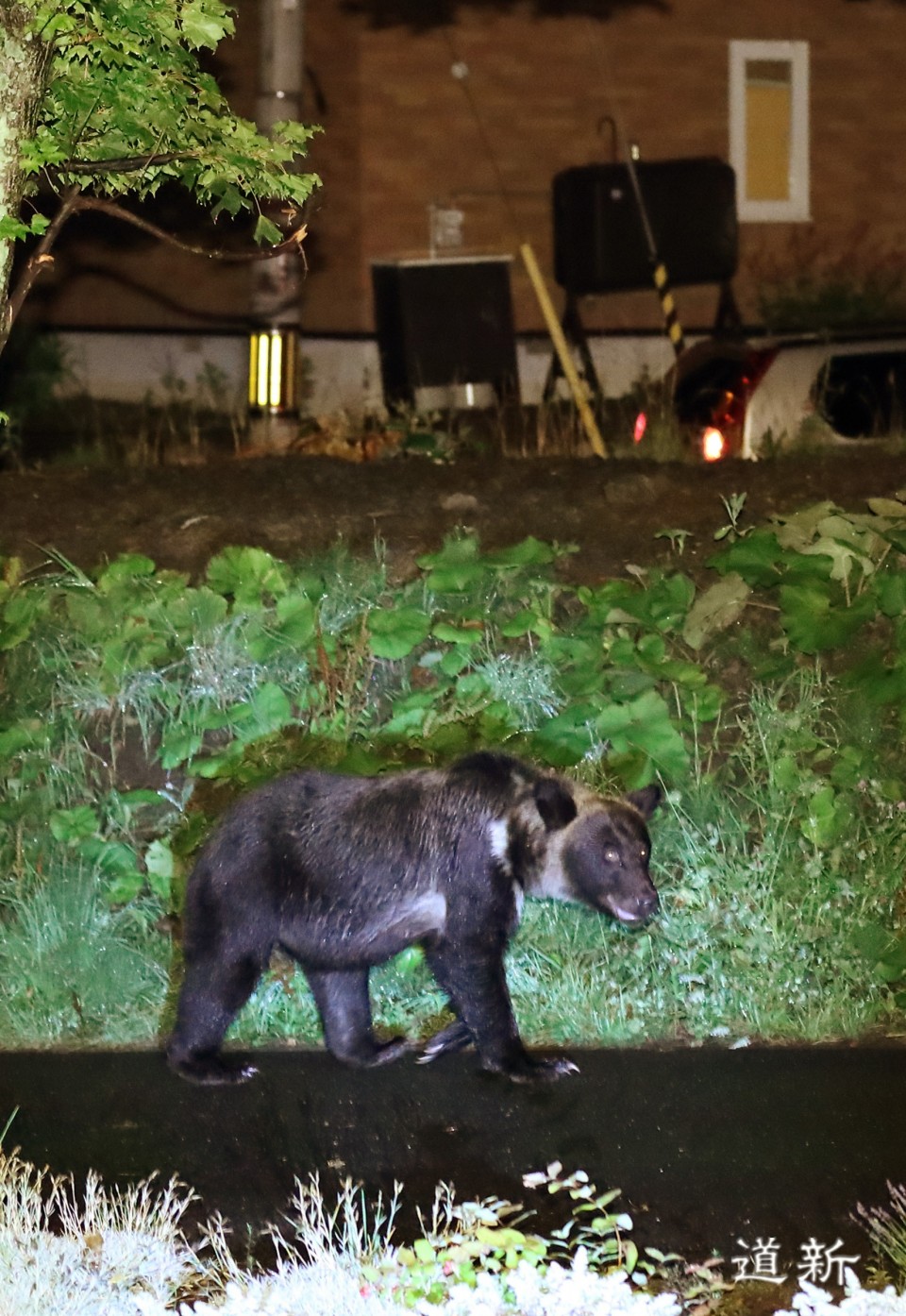 (Brown bear pictured in a Sapporo residential district on Aug. 10.)

Opposition was voiced mostly from outside Hokkaido, while support was concentrated within Japan's northernmost prefecture. Some of those against the killing said other measures like using a tranquilizer gun should have been considered. Supporters, meanwhile, argued that the safety of local residents was the top priority. One suggestion from those who were neither for nor against the killing was preparing feeding spots for bears in the mountains.

The killed bear had been roaming in the Fujino and Misumai districts of Sapporo's Minami Ward, both of which were fruit farming areas before residential development. Fruit trees such as cherry, apple and plum can still be found in the gardens of many houses there, and this is said to be one of the factors attracting bears.

The bear was about 1.4 meters long, weighing 128 kilograms. It was the first time in six years that a bear was shot dead in Sapporo, according to the city office.

Experts recommend electrified fences to ward off bears. But not many households have moved to install the equipment even since bears began to be spotted often in Sapporo last year.

The city is making efforts to spread the use of electrified fences, but has yet to see success. "Some people are not taking the matter seriously," a city official says.

Bears can be driven off with rubber bullets or fireworks, but those measures may only lead to angering bears and aggravating the danger. It is difficult for city officials to repel bears on their own, making it indispensable for them to closely cooperate with the police. Cars could be used to chase bears away to forests, but they would quickly return to food-rich residential areas.

The number of bears appears to be on the rise in the suburbs of Sapporo. Even after the latest shooting, bears were spotted in several places such as Sapporo's Minami Ward and Kitahiroshima on Aug. 19, while corns were eaten in Sapporo's Nishi Ward on Aug. 20.

The city of Sapporo adjoins mountainous areas in many places, and it is hard for the city office to independently take effective measures, a city official says. Toshio Tsubota, a professor at Hokkaido University's School of Veterinary Medicine, says the city should have a system allowing it to consult experts anytime.

What is needed for the coexistence of humans and bears? Tsutomu Mano, an expert on brown bears from the Hokkaido Research Organization, points to the importance of coping with the matter without killing bears, by for instance establishing bumper zones with good visibility between mountains and residential areas. "The city should not spare investment" for such measures and "should have qualified staff," Mano says.

Ainu culture to be featured at 2020 Sapporo Snow Festival