A welcome mood abounds in Iwaki, Fukushima Prefecture, a city throwing its support behind Samoa, one of the countries that will play against Japan in the upcoming Rugby World Cup.

Although the two may seem unrelated, relations between the Pacific island nation and the northeastern Japan city were sparked by the fire knife dance, according to a city official.

The traditional Samoan dance was performed at Spa Resort Hawaiians, a hot spring facility located in Iwaki, during the Pacific Islands Leaders Meeting in 2015. 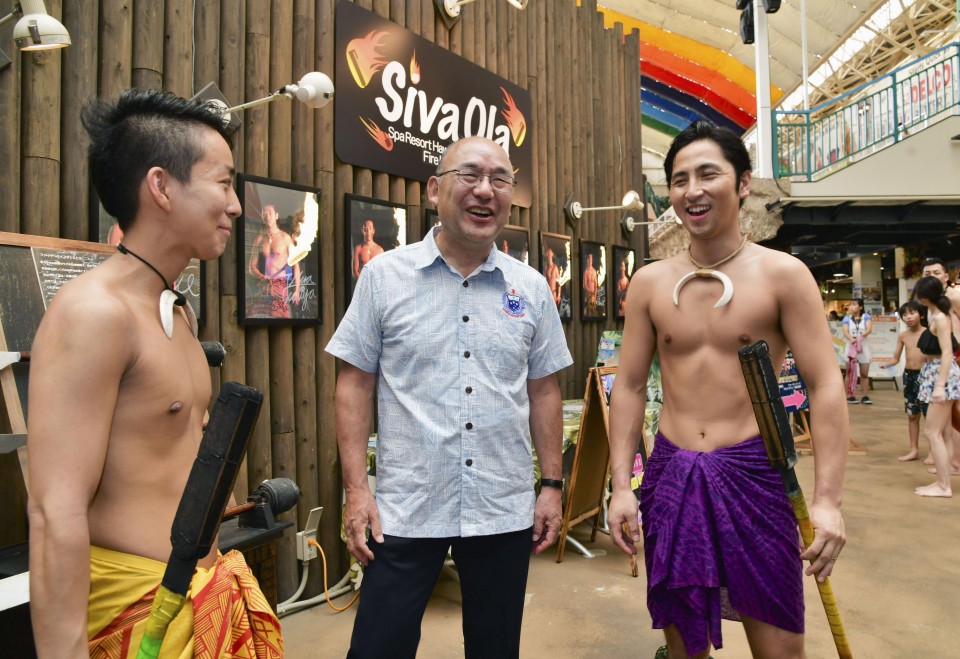 Japan has hosted the regional summit, attended by leaders of 17 countries including Japan, once every three years since 1997.

The dance consists of muscular male dancers twirling an approximately 90-centimeter knife-edged rod like a baton, with both ends lit on fire. Together with the hula dance, it enjoys great popularity at the resort.

A year after the 2015 summit, Samoa established an honorary consulate at the Fukushima resort, with a mutual exchange program also commencing between high schools.

"I never imagined an exchange with Samoa would begin (from a dance). As the consul, I have to root for Samoa even when they play against Japan," said Naomi Inoue, president of the operator of Spa Resort Hawaiians who also assumes honorary consul.

In June this year, cakes made using regular cocoa from Samoa were served in school meals at over 100 elementary and junior high schools in Iwaki. In the project started two years ago, students are given meals with Samoan ingredients once a year.

"I want to try other Samoan foods too," said fifth-grader Ruka Suzuki. 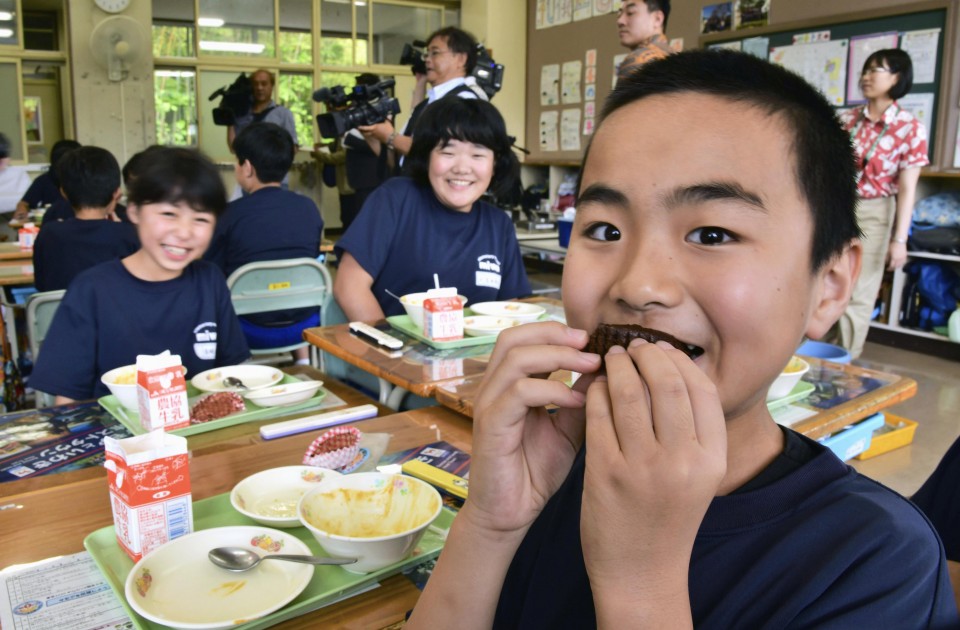 With Iwaki selected as the training camp for the Samoan national team, players will spend six days in the city from Sep. 10. Preparations for tours to support the team and public viewings are underway, with welcome posters blanketing city hall.

"We hope to continue our exchange with Samoa as a legacy of the tournament," a city official in charge said.

The World Cup will start Sept. 20, with Japan scheduled to play against Samoa on Oct. 5.