Fifteen-year-old Ai Mori became the youngest Japanese to finish on the podium at the sport climbing world championships after taking bronze in the women's lead competition.

Mori, who is making her senior debut this season, finished behind Slovenia's Janja Garnbret and Mia Krampl in the eight-woman field at Esforta Arena Hachioji on Thursday night.

The 154-centimeter tall Mori eclipsed veteran climber Akiyo Noguchi as the youngest Japanese medalist. Noguchi, who finished fifth on Thursday, claimed bronze in the women's lead event at the age of 16. 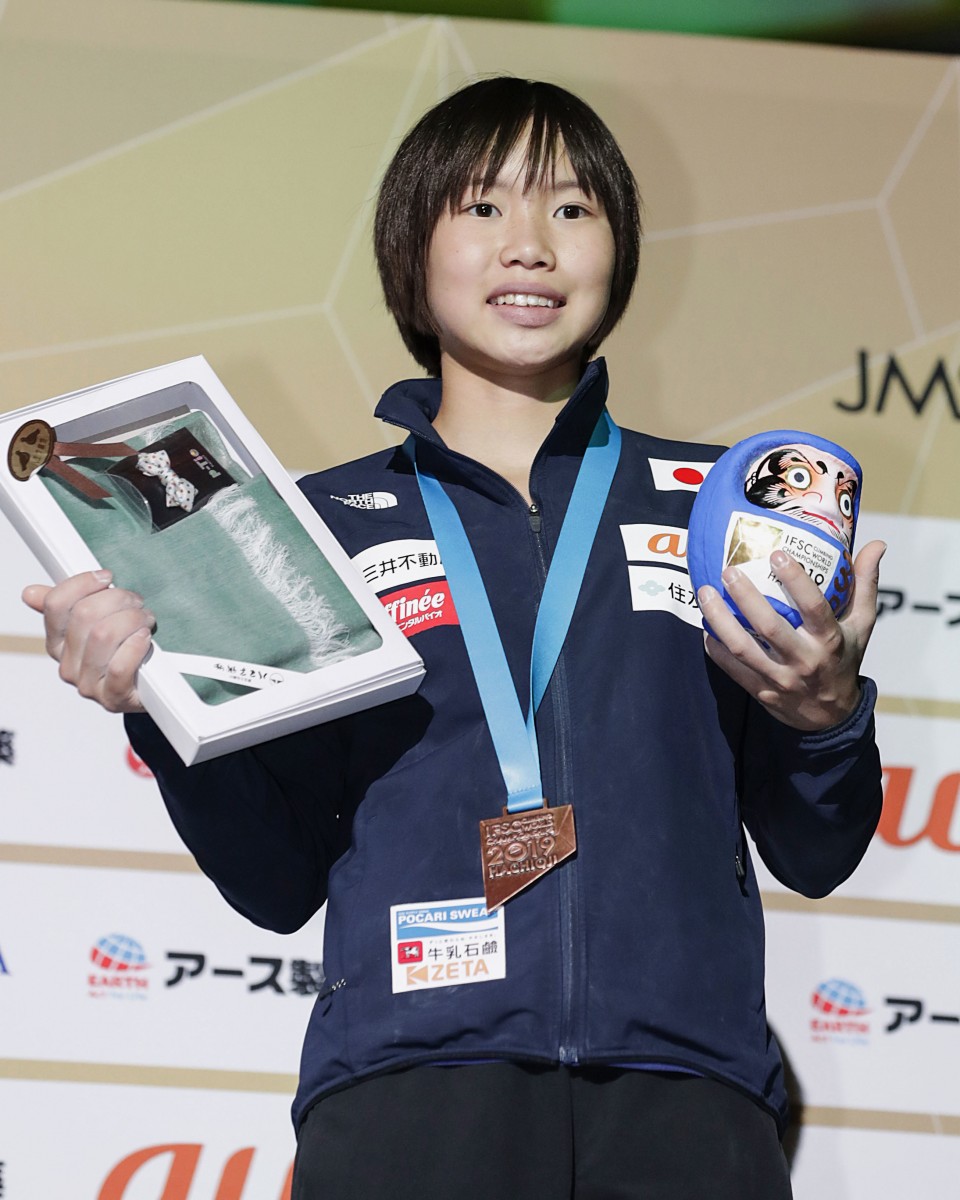 "I'm happy I finished on the podium. I was able to climb higher because of all of the support," Mori said.

Fourth-place Tomoa Narasaki was the best Japanese performer in the men's competition, which was won by the Czech Republic's Adam Ondra.

The Aug. 11-21 world championships double as the first qualifier for next year's Tokyo Olympics. The top seven finishers in both the women's and men's combined disciplines, up to a maximum of two per country, will book tickets to next summer's games.