U.S. President Donald Trump warned China on Sunday a suppression by force of Hong Kong protestors like the military crackdown on the pro-democracy movement at Beijing's Tiananmen Square in 1989 would harm bilateral trade talks.

"I think it would be very hard to deal if they do violence. I mean, if it's another Tiananmen Square...it's a very hard thing to do," Trump told reporters in New Jersey, referring to the crackdown that is believed to have killed hundreds of people, mostly students, when armed troops were deployed to clear the square.

The "Chinese government has already reached a clear conclusion" in regard to "the political turmoil you mentioned in the late 1980s,"he said, without directly referring to the Tiananmen Square incident.

The world's two largest economies have been engaged in a tit-for-tat tariff war. 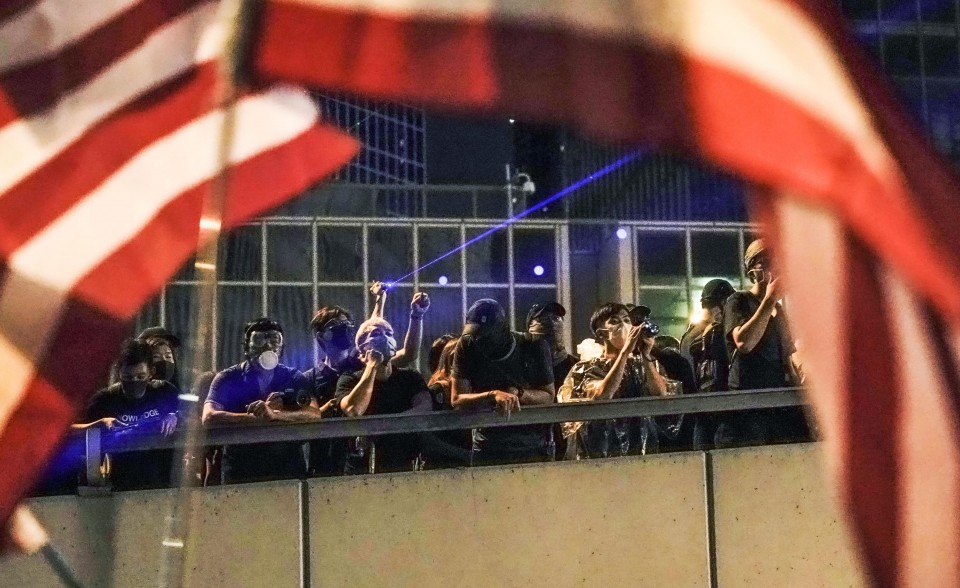 (People gather near Hong Kong's government headquarters on Aug. 18, 2019, in protest against a now-suspended extradition bill and police use of force.)

Organizers said some 1.7 million people took to the streets in Hong Kong on Sunday, calling for full withdrawal of a now-suspended bill that would have allowed the transfer or fugitives to mainland China, as well as for an independent probe into the police's use of force against protesters.

The protest, the biggest since a June 16 rally in which organizers said 2 million took part, reflected Hong Kong citizens' strong frustration with Chief Executive Carrie Lam, who has refused to accede to their demands. Another rally may be held on Aug. 31.

The Chinese leadership led by President Xi Jinping has stationed the People's Armed Police Force, a paramilitary force, in Shenzhen, just across the border from Hong Kong, with armored vehicles seen gathering in recent days at a stadium.

The Hong Kong police are "capable and determined to restore public safety and public order," according to police spokesman Tse Chun-chung.

Following the April, 15, 1989 death of Hu Yaobang, who was sacked as general secretary of the Communist Party two years earlier for his liberal leanings, students began rallying in Tiananmen Square later that month, calling for democracy and an end to corruption, and inspiring similar rallies across China.

The burgeoning protest movement led to martial law being declared on May 20. From late June 3 into June 4, Chinese troops and armored vehicles cleared the square by force, killing hundreds, possibly thousands, of protesters and bystanders.