The Philippines is entering a new phase in the field of science and technology with the passage of a law creating a space agency, a move that officials say will have positive impacts on its national security and its people's welfare.

President Rodrigo Duterte signed on Aug. 8 the Philippine Space Act that will govern the country's space development and utilization policy.

"This piece of legislation will bear fruits that generations to come will be enjoying," Fortunato dela Pena, the country's science and technology secretary, told a news briefing on Wednesday as he acknowledged that data collected from space technology will have multiple significant applications on the ground.

In an earlier interview, Rogel Mari Sese, a Filipino astrophysicist who helped craft the law, told Kyodo News, "Space is no longer a luxury when it comes to national development and security. It's a necessity."

Sese noted that creation of a Philippine Space Agency or PhilSA is included in the current administration's Philippine Development Plan 2017-2022, and in the National Security Policy. 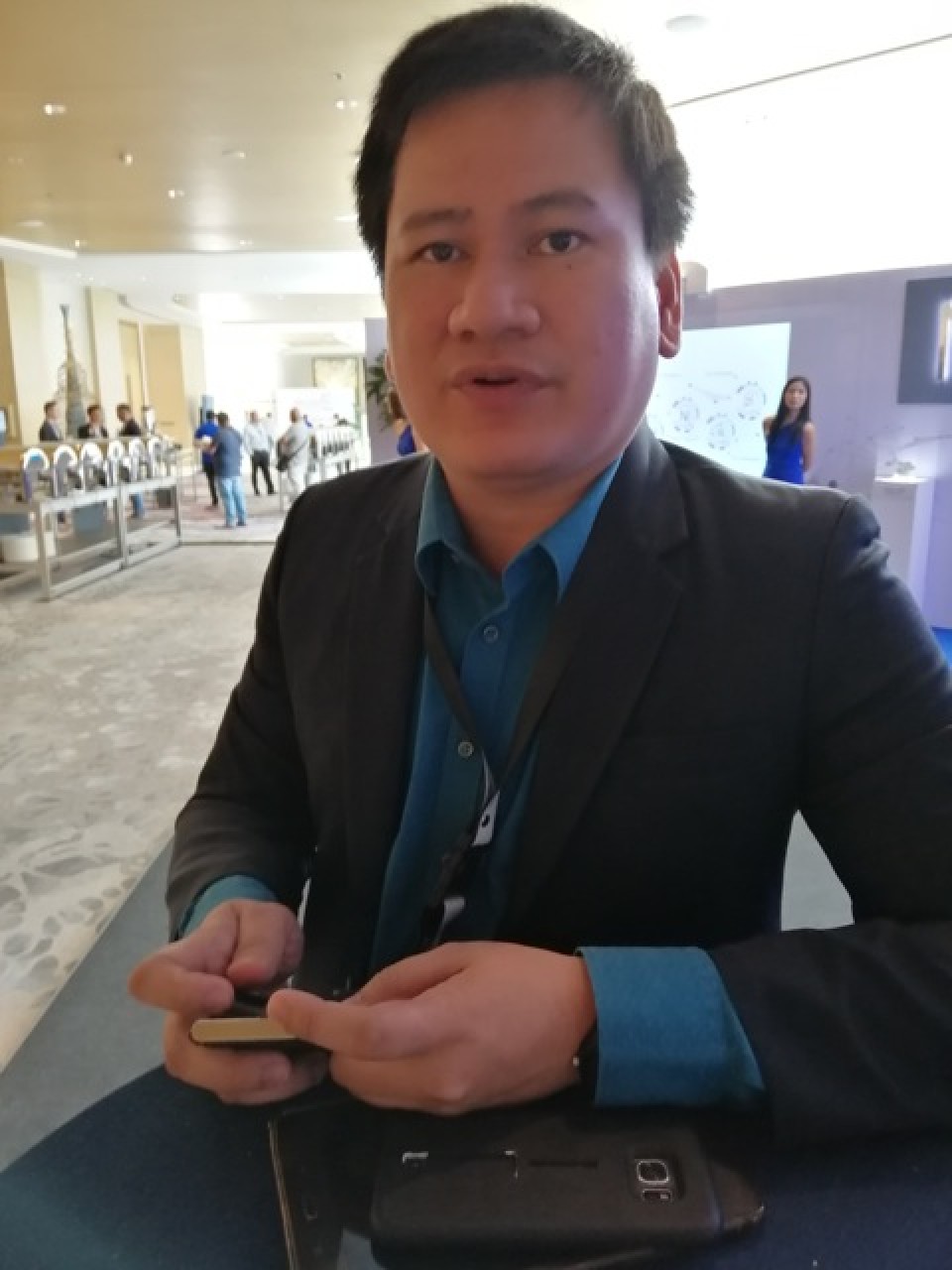 Based on the law signed by Duterte, the country's space policy will focus on six areas -- national security and development, hazard management and climate studies, space research and development, space industry capacity building, space education and awareness, and international cooperation.

A Philippine Space Council, to be chaired by the president and composed of other key members of the Cabinet, is also created to act as the principal advisory body.

"Now we can have an agency that can move on its own, without depending on other agencies, to implement whatever plans (and) policies (that) will be crafted coming from the Philippine Space Council," dela Pena explained.

The PhilSA will be situated in the Clark Special Economic Zone, north of Manila, and dela Pena hopes the facility will be ready before the Duterte administration ends in 2022.

"We have to be pragmatic in the beginning. We probably start off continuing what we're doing and have momentum (in) building these small satellites," said Joel Marciano of the Department of Science and Technology's Advanced Science and Technology Institute when asked about the expectations in the initial years of the PhilSA's operation.

While the Philippines has been tapping space technology for more than a century already, it was not until the advent of the new millennium that it more actively engaged in space-related endeavors.

In 2014, the country implemented its micro-satellite program that honed local engineers to produce Diwata-1, Diwata-2, and Maya-1, which were all subsequently launched into space courtesy of foreign facilities.

With the investments and preparations laid down over several decades, dela Pena declared in January that the Philippines is ready to have its own national space agency.

He said his department has invested around 7.5 billion pesos (almost $143 million) since 2010 for space research and development, and that the country already has more than a thousand experts in space science.

There are also 25 space-related facilities currently operating nationwide, 15 programs and projects being implemented by different agencies and universities, and eight international institutional collaborations for space research and development.

The academic sector has also been responding to the growth of the space industry with some universities offering space-related courses.

Enrico Paringit of the Philippine Council for Industry, Energy, and Emerging Technology Research and Development spelled out the practical benefits that key sectors in the country will get from space technology.

"We can monitor vessels out there in the sea...This can also support our fisherfolk, not just to monitor where they are but also where to efficiently fish...We can also monitor our agricultural productivity...We can monitor real-time, with these capabilities in place, where deforestation and degradations are taking place...We can monitor situations in disaster-stricken areas," Paringit said.

In the global community, dela Pena said the Philippines can contribute more knowledge "since we will be accumulating a lot of information and data (from space)." 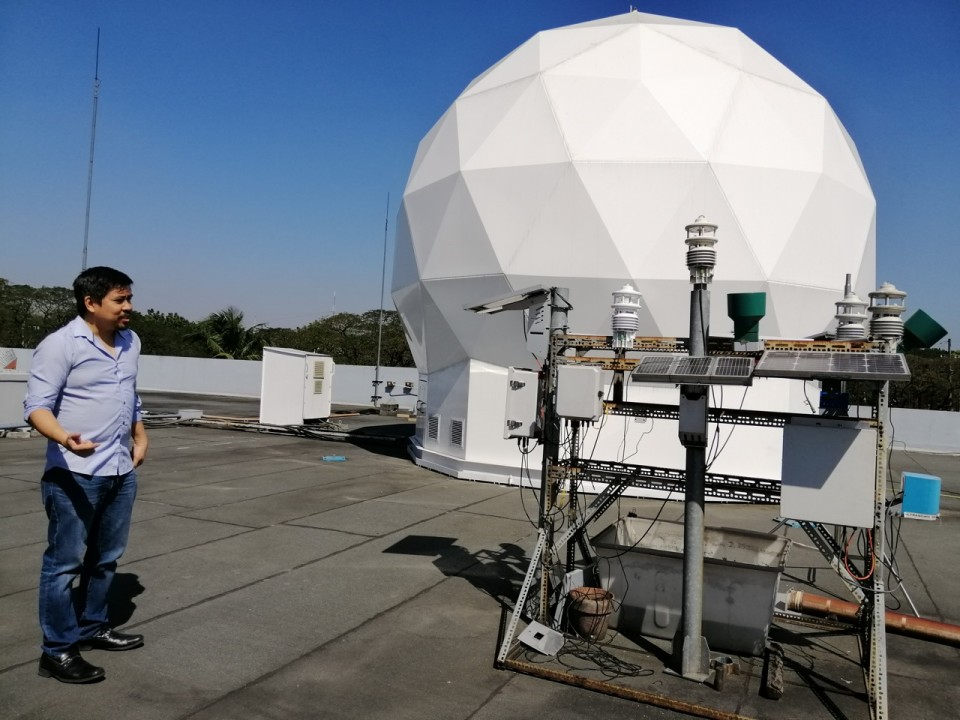 The country will also be better poised to air any concerns on space issues in international gatherings, such as those in the United Nations.

Marciano of the DOST expects that the establishment of the PhilSA will encourage Filipino space scientists abroad to return home, as well as inspire young Filipinos to eye a career or profession in the future on space.

"We're not precluding the possibility of it later on -- that a Filipino would be in space," he said.

"If we're to send somebody in space...we want it to contribute something meaningful, maybe do an experiment in the space station, an experiment that is born out of local research," he added.

The prospects though of the Philippines having its own rocket launcher remain remote "because it costs a lot of money," Marciano said.

In the law, an initial operating fund of 1 billion pesos is appropriated for PhilSA, while a 10 billion peso Philippine Space Development Fund is created exclusively for capital outlay. The agency is also permitted to generate income from its specialized products, services and royalties, as well as accept grants and donations, and secure loans.

Lawmaker Carlos Zarate of the progressive sectoral group Bayan Muna (People First) views the establishment of PhilSA as another case of the government's wrong prioritization in terms of fund allocation.

"There's nothing wrong in being ambitious...But that 10 billion pesos can go a long way if we improve our agriculture sector. We even have a problem in our health sector, which is also being deprived of funds. Our social services are facing big problems," Zarate told Kyodo News in an interview before the passage of the law.

But Sese, the astrophysicist, said that based on a study his group conducted, the average return for every one peso invested on space technology or a space program is 2.5 pesos, which, he said, is a "very conservative estimate," citing the global rate of "$4 for every $1."