A museum in northern Japan is holding a rare exhibition on the culture of Sami, the indigenous people of northern Europe and Russia, displaying some 140 items, including their craftworks, through Oct. 14.

Such an exhibition focused on their culture is very rare, according to an official of the Hokkaido Museum of Northern Peoples, which specializes in the study of history and culture of people living in northern areas around the world including the Ainu people in Hokkaido.

The museum has been collecting items related to Samis over the past 30 years such as traditional tents made of reindeer skin, felt dresses, colorful wool mittens and cups made of white birch, which will be on display altogether for the first time. 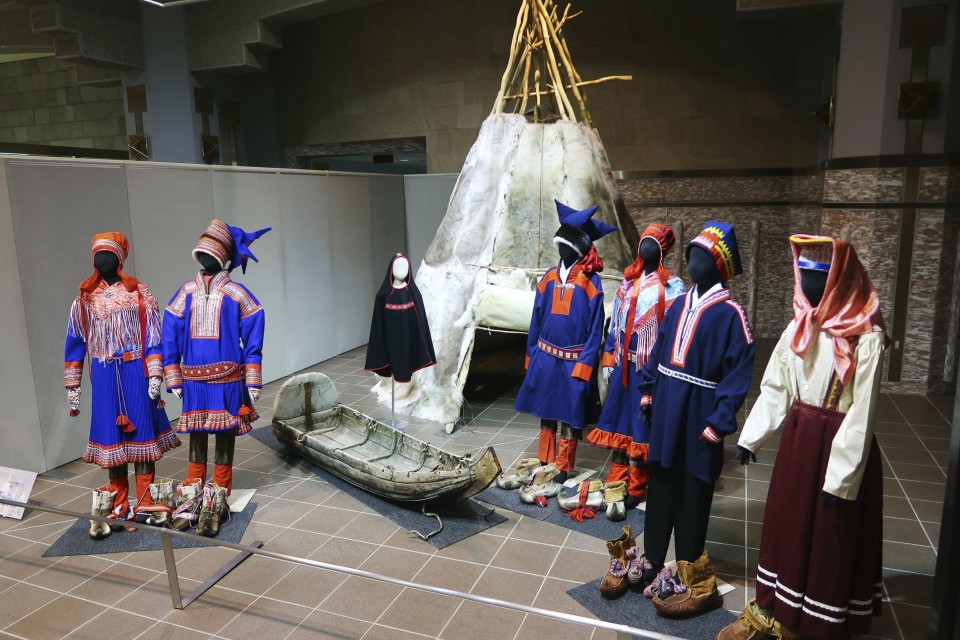 During the special exhibition entitled "Life and Craftworks of Sami in Sapmi," researchers versed in the ethnic group's culture are scheduled to give lectures in September, according to the museum.

Sapmi is the region across Norway, Sweden, Finland and Russia traditionally inhabited by Samis who have made their living by reindeer herding, hunting and fishing.

The exhibition, which began on July 13, also introduces the Sami rights movement and efforts to promote and preserve their languages.

At the Tokyo International Film Festival in 2016, a film entitled "Sami Blood" and directed by Sweden-born Amanda Kernell, who has Sami roots, won the special jury award as well as the best actress award.