Leaders from the Group of Seven industrialized nations shared the view Saturday that Iran should not possess nuclear weapons while still differing in their approaches to finding a resolution to the issue as they kicked off a three-day summit in France.

Japanese Prime Minister Shinzo Abe, who visited Iran in June to help diffuse heightened tensions in the Middle East, told the other G-7 leaders in the French coastal city of Biarritz that Tokyo will continue to engage with Tehran on the diplomatic front, a senior Japanese government official said. 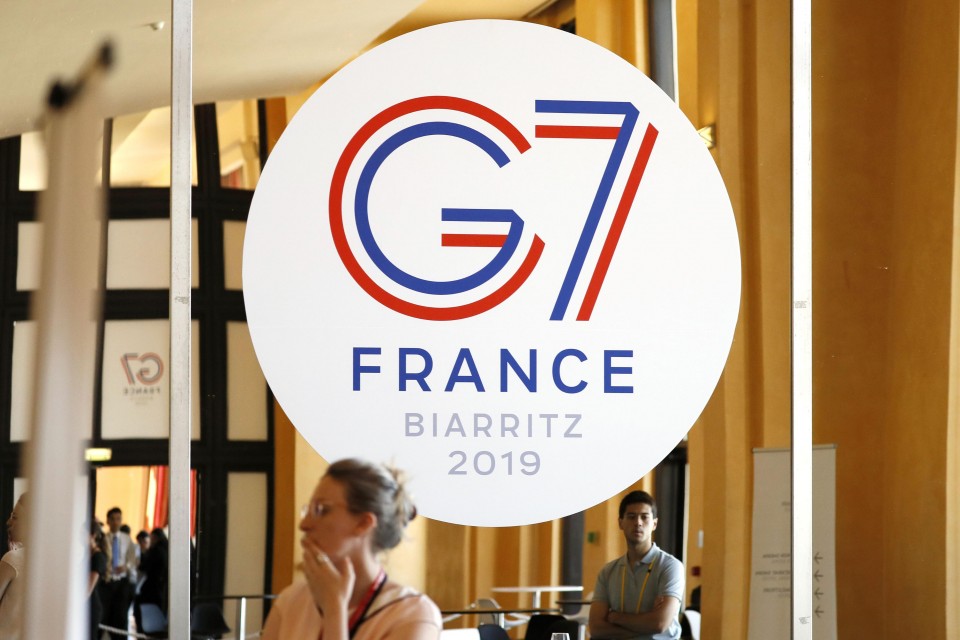 "The leaders exchanged various views (on issues such as Iran) and efforts were made by each country toward finding common ground," the official said.

G-7 members have been jittery over U.S. President Donald Trump's strategy to shake up multilateral arrangements to advance U.S. interests -- notably his withdrawal from the 2015 Iranian nuclear deal that has ratcheted up tensions in the Middle East.

The big question of whether the G-7 -- made up of Britain, Canada, France, Germany, Italy, Japan, the United States plus the European Union -- is an effective forum for tackling global issues still looms large following past clashes between the United States and other members.

The leaders also discussed Russia's potential return to the G-7 framework over dinner that lasted nearly three hours, the official said without giving further details. Russia was dropped from the then Group of Eight after its annexation of Crimea in 2014 which it drew sharp international outcry.

Despite Trump's push for readmitting Russia, other G-7 members are opposed due to a lack of progress on the Crimea issue.

With its unity in doubt, the G-7 leaders are expected to discuss a range of topics in the coming days from the global economy and digitalization to inequality and North Korea. They agreed Saturday on the need to extend assistance over Amazon rainforest fires in Brazil.

Trump, who reportedly had reservations about attending the G-7 meeting, said on Twitter that his evening meeting with world leaders went "very well," adding, "Progress being made!" 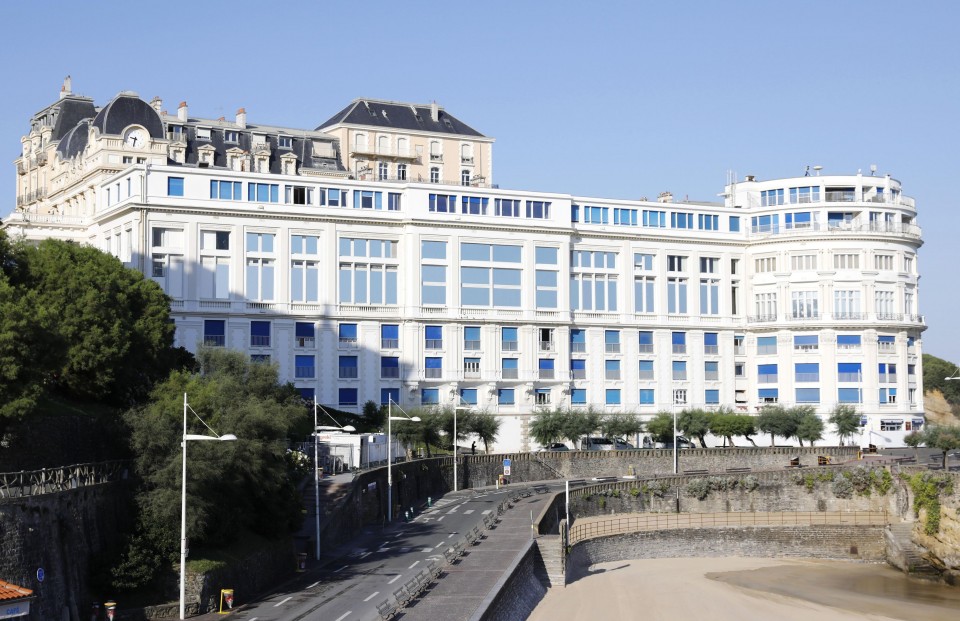 G-7 host Macron has already lowered the bar, indicating he will break the group's tradition since 1975 of issuing a post-summit joint communique that sums up the leaders' discussions. He is instead seeking to focus on candid discussions, with statements to be released on an ad-hoc basis where consensus can be found.

In the previous summit in Canada last year, Trump abruptly backed off from a joint communique at the last minute after engaging in a war of words with the host, Canadian Prime Minister Justin Trudeau, over trade policy.

The Biarritz summit comes amid no apparent let-up in tensions between Tehran and Washington, first sparked by the withdrawal from the Iran nuclear deal and then the reinstatement last year of sanctions that have crippled the Iranian economy.

The United States is calling on its allies to join a coalition to protect ships from Iranian threats in the Strait of Hormuz but many have taken a wait-and-see attitude.

The U.S.-led initiative was not among the topics discussed on Saturday, according to the senior Japanese official.

Among the G-7, Britain has already announced its intention to participate in the initiative but France and Germany are cautious. Japan, a key U.S. ally in Asia but also a longtime friend of Iran, which at one time was the source of much of its oil imports, has yet to clarify its stance.

Tehran has already announced its suspension of some commitments under the nuclear agreement and diplomatic efforts are underway to salvage the deal, which is aimed at curbing its nuclear program in exchange for the lifting of sanctions. G-7 host Macron met with Iranian Foreign Minister Mohammad Javad Zarif ahead of the summit.

On North Korea, Trump remains hopeful that he can meet with its leader Kim Jong Un again to advance denuclearization talks despite Pyongyang's repeated firings of short-range missiles, including ones early Saturday.

The North Korean issue is also important to Abe, who has backed Trump's diplomacy and also expressed his own hope of meeting Kim, calling for a summit "without preconditions." Abe has made it a priority to resolve the issue of Japanese nationals abducted by Pyongyang in the 1970s and 1980s.

Still, Abe may find himself in a rather awkward position at this year's G-7 summit, coming shortly after South Korea's decision to end its military intelligence-sharing agreement with Japan, a necessary arrangement for the two U.S. allies to jointly tackle the North Korean threat.

The termination marked a new phase in the recent escalation of tensions between Japan and South Korea, with disputes over wartime history and trade policy spreading to the military realm. 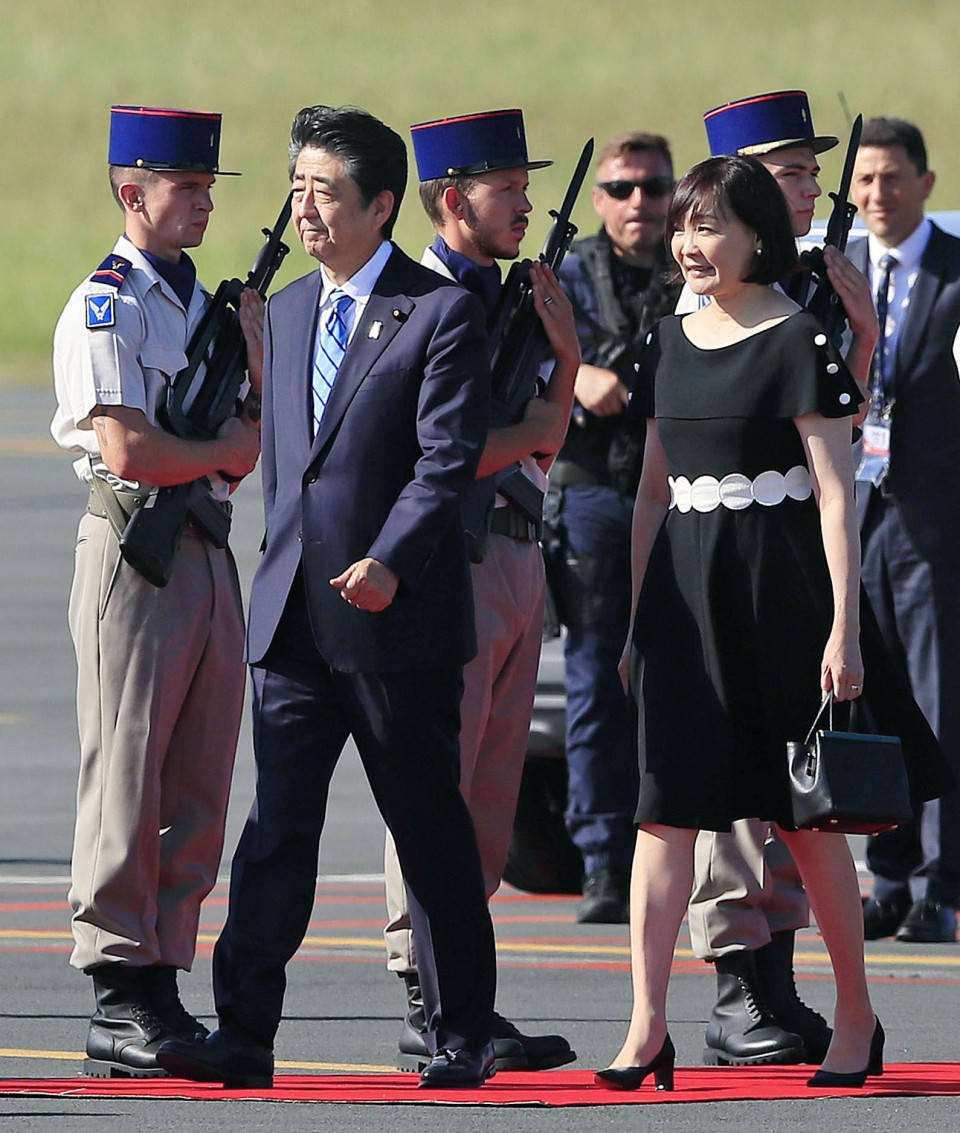