An earthquake with a magnitude of 6.4 hit Japan's northeastern prefecture of Fukushima and its surrounding areas on Sunday, but there is no danger of a tsunami, the weather agency said.

The epicenter of the quake, which occurred at around 7:23 p.m. at a depth of about 45 kilometers, was out at sea off the prefecture, the agency said.

There were no immediate reports of major damage or casualties, according to authorities.

No abnormalities were found at nuclear power plants in the region, including both Fukushima Daiichi and Daini, according to their operators.

The quake registered lower 5 on the Japanese seismic intensity scale of 7 in Futaba in Fukushima Prefecture, and Ishinomaki and Watari, both in Miyagi Prefecture, according to the Japan Meteorological Agency.

An official at the agency, speaking at a press conference, cautioned that quakes of similar intensity could hit the region over the following week or so.

The agency first announced the magnitude was 6.2 and the depth of the epicenter was 50 km, but later revised them to 6.4 and 45 km. 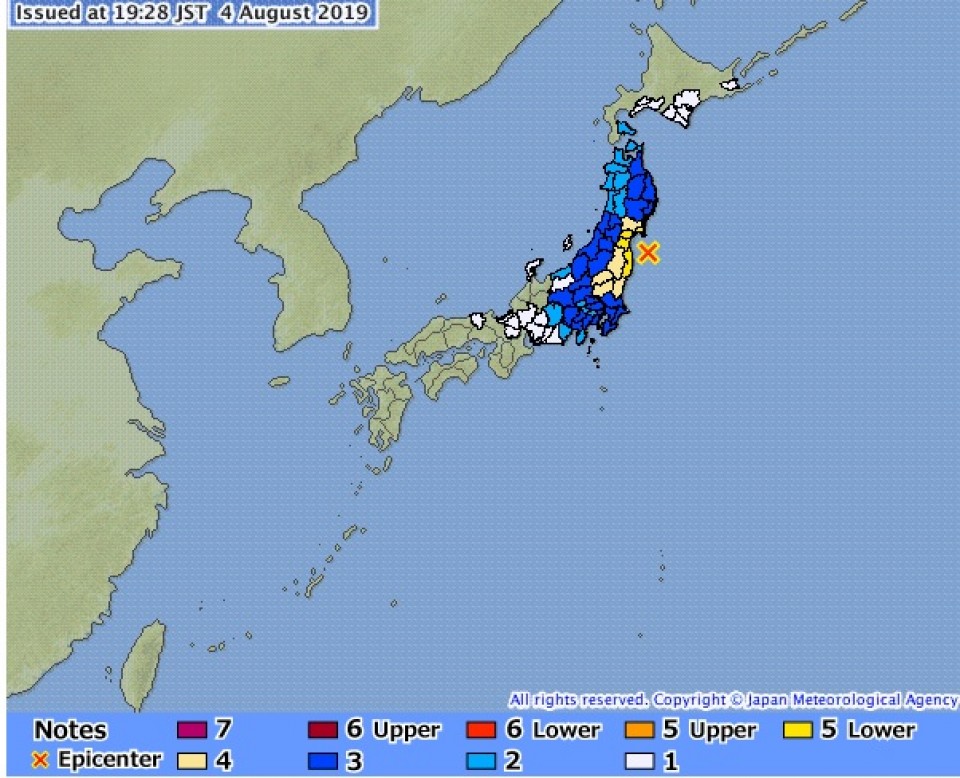