As Japan's unrelenting summer heat continues, people young and old are resorting to a creative way to stay cool: portable electric fans of various colors, sizes and functions that are becoming a hit item to beat the heat.

Stores selling the fans, some of which conveniently attach to the neck or wrist, say the products are selling at a brisker pace than last year, becoming the latest trend in ways to cope with elevated temperatures.

While the fans were notably popular among younger women last year, the deadly summer heat in Japan -- which has resulted in a number of deaths in recent weeks -- has also prompted men and women of all ages to seek them for a blast of cool air.

"We have many products to fight heat, such as foldable fans, cool sprays and cool bandanas, but this year the portable fans are the most popular among such items. It has become a norm in the Japanese summer," Kazuyuki Yamada, a spokesman at Tokyu Hands Inc. in its lifestyle department, said. 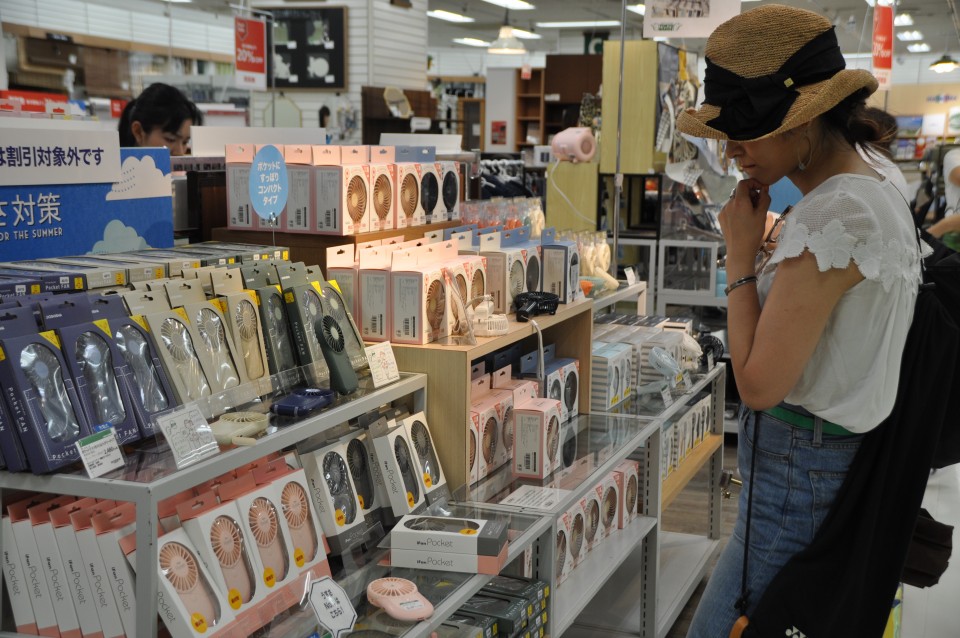 For this season, the household goods store has been selling some 100 different types of handheld portable fan since April, around double that of the year before. As of Aug. 8, Tokyu Hands' stores nationwide had sold 180,000 units of the products, a threefold increase from 2018.

The fans, some as light as 80 grams and mostly carrying a price tag of 1,500 yen ($14) to 2,000 yen, feature various functions, including a mobile battery charger, wind power adjustments and aroma diffusers. Many of them are foldable with clips that can be attached to bags or tables.

But the hot ticket item this year is a fan that can be strapped around the user's neck, Yamada said.

"The ones with light-emitting diodes, which were newly introduced this year, can be used in the dark such as at fireworks festivals. YouTubers who do not want to be sweating when filming outdoors are buying them, too," he said.

Interior goods retailer Franfran Corp. has developed new models of portable fans with reduced wind sound and more power after selling over 100,000 fans from April to August last year. This year, it had sold 600,000 units as of Aug. 8, nearly a sixfold increase.

"Consumers are using the fans everywhere, when commuting, during sports or at home, for instance after taking a bath," said Aya Shimomura, a spokeswoman for Franfran. "Interestingly, some parents are using it to cool food such as for babies."

"The popularity of the portable fans reminds me of the mini-heater or mini-humidifier for use on desktops that were a hit in the winter season," Shimomura said. "It shows that more people are looking to create a comfortable personal space as how one feels about temperature differs from person to person. Some people are more adaptable to heat or cold than others." 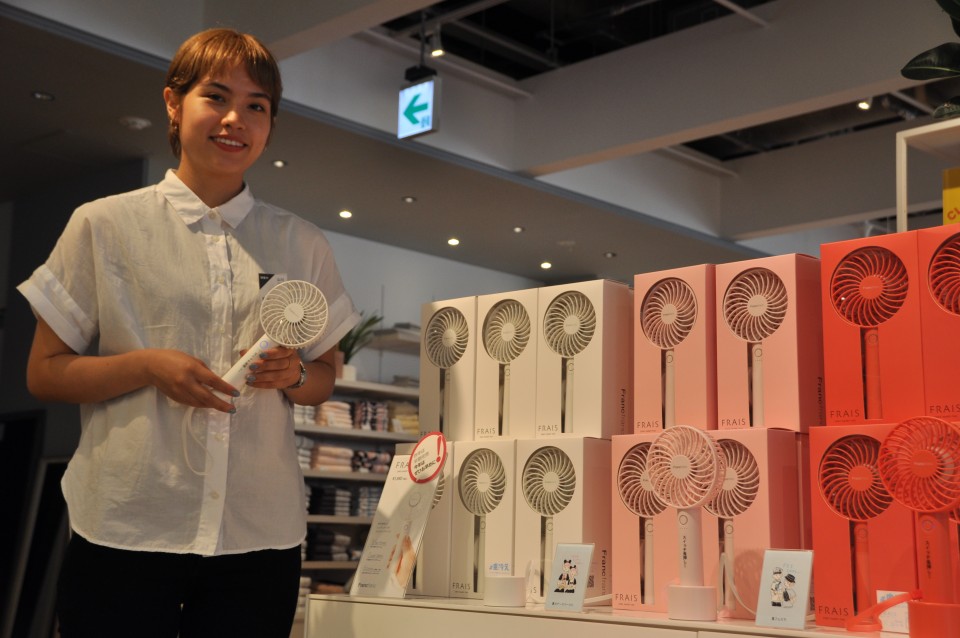 Retailers hope that the portable fans will also be used by foreign tourists visiting Japan for the Rugby World Cup starting in September and the Tokyo Olympics and Paralympics kicking off in July next year.

So far this summer, Japan has experienced similar temperatures to the extreme heat that gripped the archipelago last summer, with many observation points nationwide registering temperatures of 35 C or above. 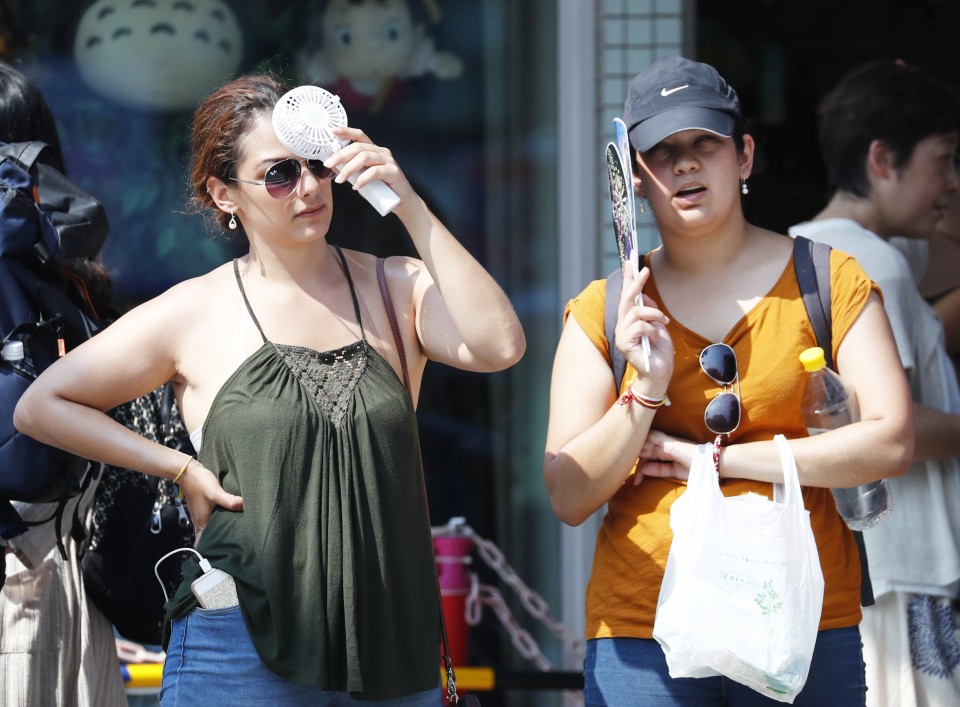 In the week starting July 29, 57 people died due to heat-related medical issues across the country. The number taken to hospitals more than tripled from the previous week's 5,664 to 18,347, the second highest since tallies began in 2008, according to the Fire and Disaster Management Agency.