The Webb Ellis Cup was carried to the summit of Mt. Fuji on Tuesday as its tour around Japan ahead of the Sept. 20 Rugby World Cup opener continues.

Members of the Yamanashi Gakuin University rugby club carried the trophy to the 3,776-meter peak, Japan's highest point, before dawn and took photos as the sun peeked through a sea of clouds at around 5 a.m. 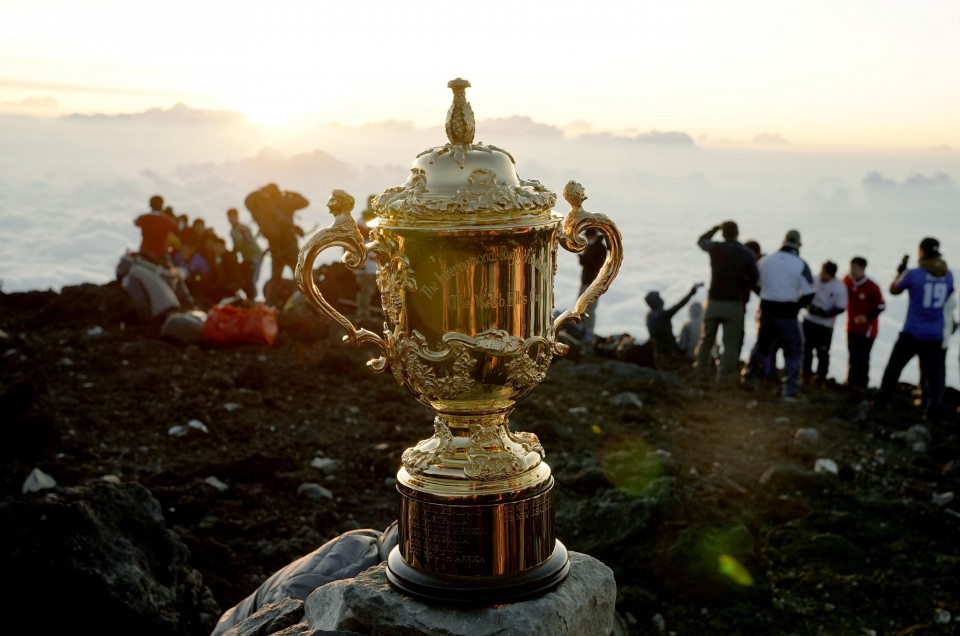 With the iconic Mt. Fuji one of Japan's most recognizable features, the image of a sunrise over the mountain is prominent in the official logo of the upcoming tournament.

"We would like to let the world know how great the tournament will be," said Hiroyuki Kajihara, head coach of the university's rugby club and a former member of the Japan national rugby team, who also serves as an ambassador for the first Rugby World Cup to be held in Asia. 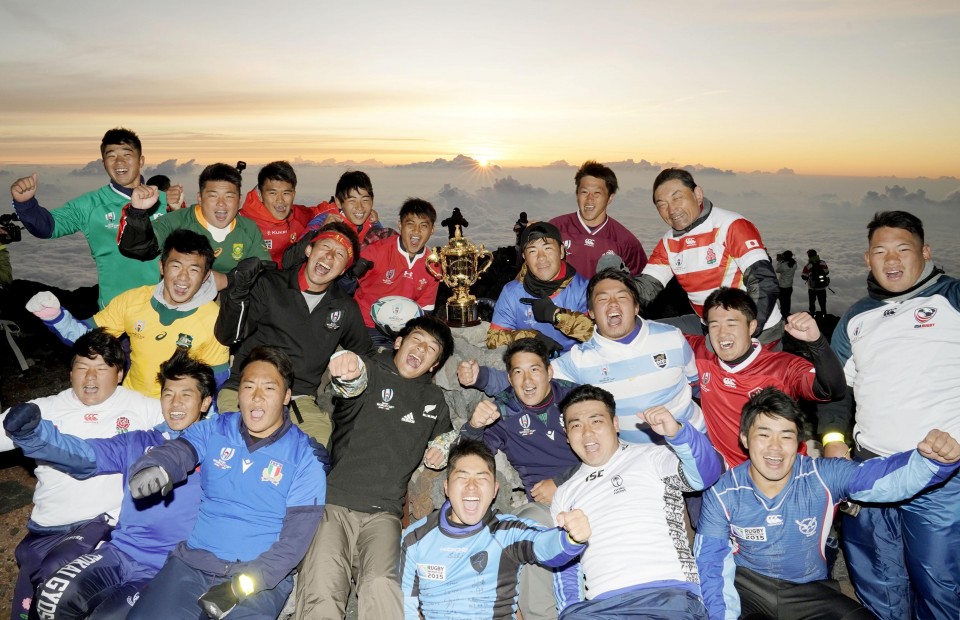 "Rugby shrine" opens in Tokyo ahead of World Cup