A number of athletes at the world rowing junior championships, a test event for next year's Tokyo Olympics, received treatment Sunday after displaying symptoms of heatstroke.

As temperatures reached 34 C around Olympic rowing venue Sea Forest Waterway, a British men's rower was unable to move after his race and had to be stretchered to the medical station. 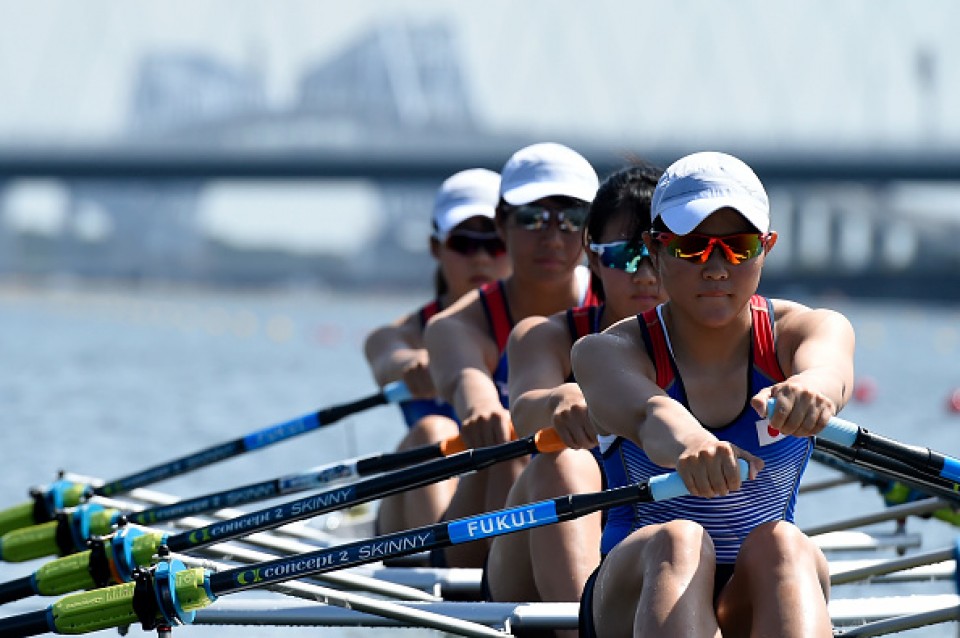 According to medical staff, three rowers were brought in for treatment, while other athletes could be seen staggering during the award ceremony.

The medical staff said additional safety measures would be needed ahead of next year's Olympic events.

"A space with the proper equipment for cooling off athletes (after races) will be necessary," a staff member said.

Following cost-cutting measures by Tokyo's government, the venue was constructed with the roof only covering about half of the roughly 2,000 seats, and some spectators watched the races under parasols.

A visitor from Ireland, seen cooling himself with a bag of ice, said the facility should be fully covered.

An executive from the Japan Rowing Association said the opinion was shared by international rowing officials.

"The international rowing federation is also saying a roof is absolutely necessary, even if it is of the simplest design," the JARA official said.