The last run will be made on Sept. 28-29 between Sapporo and Furano, with many train fans expected to take the chance to bid farewell to the express. The railway operator has decided to end the service due to difficulty in procuring spare parts for the train. 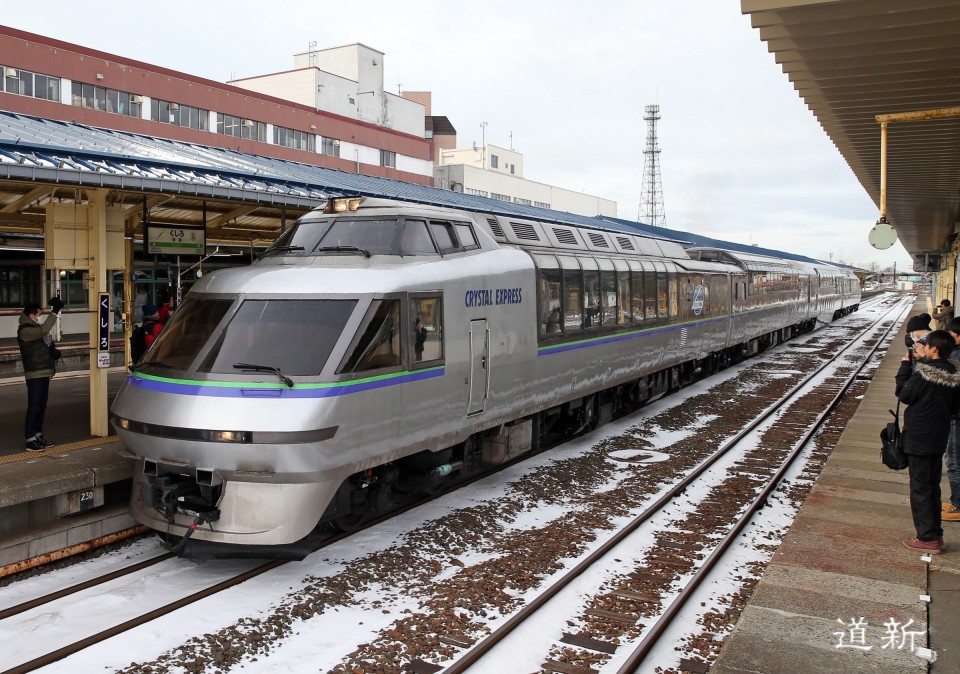 (Crystal Express to retire in September)

The Crystal Express debuted in December 1989, connecting Sapporo and the Sahoro ski resort in central Hokkaido. Its route was later extended around Japan's northern main island.

This year, the train has been running between Sapporo and Furano as the "Furano Lavender Express." It has wide windows that offer passengers an uninterrupted view of the scenery, as well as cozy lounges furnished with tables and chairs.

Hokkaido Railway, known as JR Hokkaido, says it has yet to decide what to do with the train after its retirement.

In the last run, one roundtrip will be made on each of the two days, departing Sapporo at 9:07 a.m. and Furano at 4:51 p.m. During the two-hour run, the express will stop at Iwamizawa, Takikawa and Ashibetsu.

All 156 seats will be for reservation only. Tickets cost 4,810 yen for a one-way trip between Sapporo and Furano, and 7,540 yen for a roundtrip after a special discount.